Michele has been writing and editing professionally since 1997. In 2017, she launched full-time into her own copywriting and editing business, serving marketing firms, service businesses, nonprofits, book publishers and consulting firms, as well as indie authors. She serves as Editor of the science fiction website Recursor.tv and The Fantasy Network News. Michele is also co-founder of Writing Well Creative Writing Workshop and a partner in Three Point Author Services.
@chippermuse

September 22, 2020 Comments Off on Chatting with Sci-Fi Filmmaker Adam Batchelor 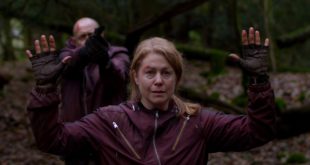 Love a good sci-fi film, especially if it’s indie? Then you might want to check out Satori [Awakening]. In this blend of sci-fi, action and adventure set in a near-future earth, humans attempt to harness the power of artificial intelligence to reverse the climate crisis. In completing its task relentlessly, the AI spirals out of our control, covering the planet ...

END_OF_DOCUMENT_TOKEN_TO_BE_REPLACED 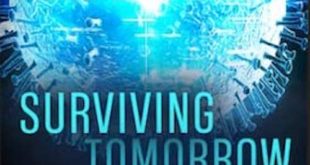 How do you fight a pandemic, and help those in need? If you’re a writer, you probably do some writing. That’s the origin behind the charity short story anthology Surviving Tomorrow. The book, available in print edition and ebook format, contains twenty-nine stories about survivors, over half of them original and published here for the first time, by numerous well-known ...

END_OF_DOCUMENT_TOKEN_TO_BE_REPLACED 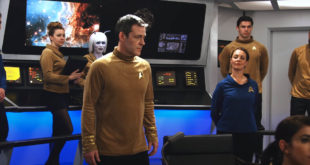 Somewhere, something incredible is waiting to be known. —Dr. Carl Sagan With these words hanging on the screen, the fan film Star Trek: First Frontier begins. It’s a fitting start, since the Star Trek franchise has always been about the wonder of discovery. And perhaps that’s why fan films like First Frontier are so pervasive. Trekkies love delving into new ...

END_OF_DOCUMENT_TOKEN_TO_BE_REPLACED

September 16, 2020 Comments Off on Sand in Your Reboot? It Must Be Villeneuve’s DUNE 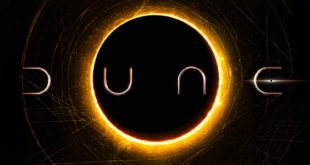 What is it about literary, philosophical science fiction that draws readers in, but drives filmmakers to distraction—challenging the very notion of whether some things are just impossible to adapt into a movie? If you’re asking that question about Dune, then you’re probably creating the right mindset for whatever happens—good, bad, or ugly—when director Denis Villeneuve’s adaptation of the famed sci-fi ...

END_OF_DOCUMENT_TOKEN_TO_BE_REPLACED

August 25, 2020 Comments Off on Shades of Geekdom: A Chat with bLERDS Web Series Creator Hank Byrd 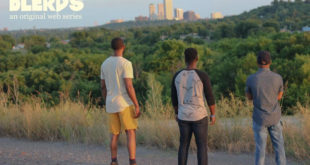 Filmmaker Hank Byrd always dreamed of creative endeavors. A third-grade math teacher by day, Byrd builds relationships in the arts and diverse communities throughout his home city of Tulsa, Oklahoma, where he seeks to uncover the stories behind critical issues affecting the quality of life among north Tulsa residents. He also spends time writing, directing and creating unique indie films ...

END_OF_DOCUMENT_TOKEN_TO_BE_REPLACED 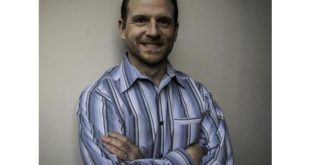 Interested in creating an indie film or web series? Curious about what it takes to have success in the world of independent video content? Then this podcast episode is for you! Ron Newcomb of The Forge Studios Team and TheFantasy.Network shares insights into the indie filmmaking world with the gals at Blog Talk Radio’s Indie Film Scene podcast. As you listen, you’ll ...

END_OF_DOCUMENT_TOKEN_TO_BE_REPLACED

Live Stream the 2020 Hugo Awards, CoNZealand, and Gen Con on The Fantasy Network

July 29, 2020 Comments Off on Live Stream the 2020 Hugo Awards, CoNZealand, and Gen Con on The Fantasy Network 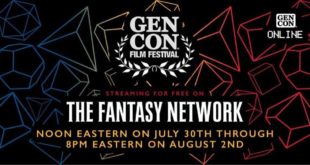 There may be a pandemic going on, but that’s not stopping science fiction and fantasy fans from finding creative ways to celebrate their genre fun. This weekend, with the help of streaming services offered by The Fantasy Network (TFN), big name conventions including the 2020 Hugo Awards, World Con (CoNZealand), and Gen Con are all offering live-streaming of sessions and content. ...

END_OF_DOCUMENT_TOKEN_TO_BE_REPLACED

July 23, 2020 Comments Off on AFK Turns to Comic Series to Reach Fans During Covid-19 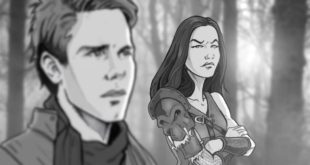 A global pandemic may make filming a challenge, but that doesn’t mean all your favorite SFF projects are completely on hold. Take the popular New Zealand-based web series AFK as an example. A highly popular web series, AFK is the story of MMO gamers creating a new world for themselves after being trapped in the bodies of their characters. Since its ...

END_OF_DOCUMENT_TOKEN_TO_BE_REPLACED

When you follow our Facebook page, you’ll get access to videos, news updates, community and more. Here’s a taste of what we offer…and a recap of some cool new series to keep an eye out for.

END_OF_DOCUMENT_TOKEN_TO_BE_REPLACED 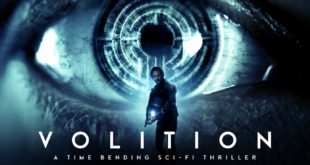 “They say when you die, your whole life flashes before your eyes. I wish it were that simple.” With those first words of dialogue begins the intense 92-minute ride that is VOLITION, a mind-bending, cerebral indie science-fiction thriller being released today (July 10, 2020) on Apple TV, Prime Video and other digital platforms. Co-written and co-produced by brothers Ryan W. ...