Breaking News
Home » Exclusives » The Sword that Explodes: Mischievous Storytelling at Its Finest

The Sword that Explodes: Mischievous Storytelling at Its Finest

In the mood for a comedic fantasy audio drama? Co-creators Olly Alsopp (writer) and Nick Briggs (producer/director/writer) have produced an absolutely delightful audio drama, The Sword that Explodes, which is coming to The Fantasy Network’s Audio Channel this year. 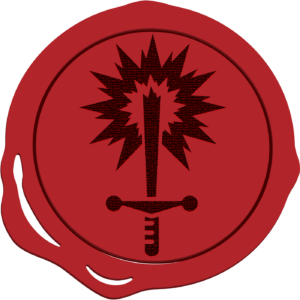 Predominantly recorded remotely (good old lockdown, eh?) with some elements recorded at Rubber Factory Studio (when people were allowed out), The Sword that Explodes follows Clive, a naïve barbarian exiled from his tribe, and his subsequent adventures with new “friends” Lily and Roger as he tries to leave his old ways behind, with results ranging from disastrous to disgusting. The cheeky Lord of the Rings style sendup of the fantasy genre will have fans laughing and loving the story as it rolls along.

Olly Alsopp and Nick Briggs visited with TFN News to chat about the making of their show.

TFN NEWS: How did you get into creating audio dramas/podcasts?

Nick Briggs: Honestly, it’s the cheapest and most straightforward way to make your own stuff.

What sparked the idea for The Sword that Explodes?

Olly Allsopp: We had both individually written sketches with some sort of spoofy Lord of the Rings element, and during one of our writing meetups I casually mentioned a very loose approximation of what would become The Sword That Explodes, not as any kind of suggestion for something we should write, not even really thinking it would be a good idea.

One of the big hitters amongst TV sitcoms when we were kids was Blackadder, which took a cynical and modernized attitude to a real historical setting, and taking a similar attitude to the fantasy genre seemed to be, if anything, too much of a no-brainer.

Nick saw actual potential in the concept that I hadn’t, and he excitedly set about making notes for characters and jokes and ideas for episodes. His enthusiasm was very infectious indeed, and I joined in and we moved swiftly on to actually writing the thing that, in a blinding flash of
creativity, we initially called “Fantasy Sitcom.”

NB: Laughs, capers and hopefully an enjoyable half hour.

What makes audio a great medium for sci-fi/fantasy?

NB: There’s no limit to a listener’s imagination. If you film it, unless you have a Peter Jackson-esque budget, it’s going to look a bit amateur. Even if you really lean into poor production values as a source of humor, it still takes something away from the overall show, I think. With audio, you can conjure up any images you want.

OA and NB: We wish we knew. But anyway, at the risk of sounding pompous, the important thing is to feel confident about what you’ve written and produced, and to be able to encourage people to listen to it without feeling like a vacuous salesperson.

How do you make the story come to life for listeners without visuals?

NB: Performances and FX are crucial. We got some brilliant performances from our cast. With the audio, combining a constant background noise with specific FX can really give a good feel of what’s going on.

How did you find the actors, writers and production team?

OA: We’re very lucky to personally know lots of talented people. John Barron who plays Roger in the show, and Stef Inglis, who did the theme tune and most of the post-production, are friends of mine ever since we were kids.

NB: I met Olly and most of the rest of our team at a group called London Comedy Writers.

OA and NB: Self-funded. Again, the micro-budget nature of audio is a winner.

NB: Try not to write action that’s too complicated. Having never worked in audio before, one of the hardest things when putting episodes together was trying to place certain people in certain spots at certain times when the audience obviously can’t see what’s happening. Something I’ll definitely bear in mind when writing for audio in the future.

What has been the most rewarding part of making your podcast?

OA and NB: People listening and enjoying it.

What advice would you give to creators interested in making their own podcast?

NB: Just give it a go. What’s the worst that can happen? Also, wherever possible and if you have the money, use a studio; it’ll save so much time and effort in the long run. We recorded most of the series remotely over the internet in actors’ homes due to the pandemic, and it’s incredible how many bumps, wobbles, thumps and general outside noise is picked up by the mics. (Not to mention the connections dropping out.)

What storytellers have been most influential to you?

OA: This will probably sound massively contrarian, but I don’t really see this kind of thing as storytelling. It’s more like putting together some kind of particularly surreal picture. Bring on the melting clocks; I can’t get enough of them. As far as influences, Red Dwarf was my favorite thing on TV back in the day, so that show must have had all manner of influence one way or another, especially by being a sitcom in a specific genre (in their case, science fiction).

What advice do you have about building an audience?

NB and OA: It’s a war of attrition and you have to be patient, but the usual suspects of social media are always there, and obviously cultivating a rapport with a platform such as TFN is something we’ve become enthused about. If it isn’t too sickeningly sentimental to say this, seeing other audio drama/comedy people as your brothers and sisters rather than your rivals seems to be the best attitude. Even if it doesn’t get you one single additional listener, you and everybody else will have a much better time.

OA and NB: It seems like a really friendly place to be alongside like-minded people, which always makes a huge difference. Having said that, there’s the risk of intimidatingly good stuff on there making us give up and go and cry in a corner. It’s a gamble.

How can listeners stay connected with you and your team?

NB and OA: We’ve got a contact email on our website, and we’re on the usual social media suspects.

OA: If I could take this opportunity to spread a bit of love around for a few other audio shows: as regards comedy, I’ve been really enjoying Barjory Buffet The Cruise Detective. I really like the slightly unhinged nature of it, and the way they really value inventive dialogue and seem to actually revel a bit in letting it get in the way of the narrative (obviously this is my take and might not be what they were after at all).

Untrue Stories is another one I’ve been getting into, which emerged recently and features a sort of comedy sci-fi mashup featuring George Orwell and HG Wells as characters, and deftly dodges away from hitting the listener too hard over the head with the satire but still has a good strong dose of it.

Stepping away from comedy, the reason I first heard of your website was through The Grove which is a fantastic show, completely different in tone from ours but with an evocative and mysterious fantasy element.

Tune in to TFN Audio to check out new episodes of this show and others.

Previous Broken Road: Now #9 on the Apple Podcast Charts
Next Get Ready for The Rings of Power Airing Sept 2