The Adventures of Space: Sci-Fi Series Talisman Arrives at TFN

A young man comes into possession of a strange necklace after his grandfather passes away. When he and his friends gather to watch a meteor shower in memory of his grandfather, they see something truly extraordinary… And the talisman begins to reveal its secrets. That’s the premise of TALISMAN, a new web series that is set to air starting this summer on The Fantasy Network. The first episodes go live on TFN on July 1. 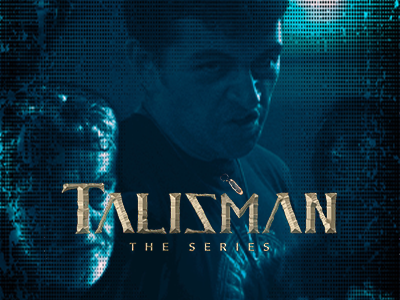 Produced by Covered Sun Films and Maestro Filmworks, TALISMAN is classic sci-fi built around the magic of space, through the viewpoint of teenagers who aren’t afraid to dig into a mystery. TFN News spoke with one of the show’s producers, Wayne F. Cella, about the story’s inspirations and what it took to create this indie genre series.

TFN NEWS: How would you describe your series to new viewers?

WAYNE CELLA: TALISMAN is about a group of friends who have to rely on each other to overcome some really tall obstacles. It’s an adventure story about friends becoming family, and the love of family overcoming everything else.

What’s the inspiration behind the story?

When I was younger, I had three best friends — Aaron, Dan and Bob. We all met working at a restaurant, and we quickly formed this family. We would drive out to the Pine Barrens in New Jersey and hunt for the Jersey Devil or ghosts. It was our way of hanging out and spending time together, but those adventures were such a big part of those friendships.

Years later, Aaron reached out to me and it started this whole new chapter of that story. As that second chapter was unfolding, I wrote TALISMAN. The adventures that Ryan, Jimmy and Connor have are very reflective of the time I spent with my friends all those years ago. And those friendships are so important to each of those characters. It very much mirrors how I felt about Aaron, Dan and Bob.

How did you get interested in creating a video series?

I’ve been writing since I was a kid. It always seems like the gold standard is feature film, but I’ve always liked writing series because it allows you to explore more of the characters and the stories. 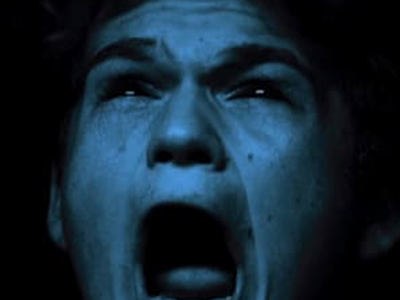 When we first talked about making TALISMAN, I saw it as a short film. I thought that if things went well, maybe we’d do a couple of them. But I always saw it as a series — whether a web series or a series of shorts.

Also, when you’re working with a smaller budget or self-producing, it’s easier to manage money by filming a smaller scale series.

How did the cast come together?

I finished writing TALISMAN in January. It sat there until May. One night, I was driving home and thinking about it. Of all the scripts I had written, it was the one I liked the most and thought was doable. So I decided to take a chance. I published a casting call. I didn’t think anything of it. I figured I’d get a few responses and that would be it. I ate my dinner and when I was done, I had 75 responses to the casting call. I was floored.

We found James to play Ryan pretty quickly. I had Collin Roach in mind for Jimmy, but we couldn’t find the right person for Connor. In James’ audition tape, he had his friend Jack act out one of the other roles. He seemed perfect for Connor, so I asked James if Jack would be interested in the role. And it all went from there.

Working with the actors was great. I think I have a very collaborative approach to directing. I just want us to get the best work in that we can. And I’m not a stickler for saying everything a certain way. If something doesn’t feel right or isn’t flowing for the actors, we talk about it. I think that allowed them room to breathe and make the character their own. It really was a great experience for everyone.

What was it like collaborating with your crew to produce the series?

I was so lucky to have the team that I did working with me on TALISMAN. I wrote it with my best friend, so that was amazing. If it wasn’t for John (Manning), I don’t know that I would’ve had the confidence in the story to move it forward.

As far as shooting, we had a small crew with a lot of heart. We literally shot the first couple episodes with myself, the Director of Photography (Danny Gevirtz) and sound. I had a couple friends help out too, but that was it. 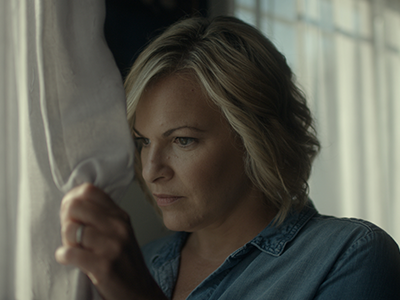 So much of the look of Talisman is because of Danny. He’s an amazing person and so talented. For the rest of the series, we partnered with Maestro Filmworks in Philadelphia. So we had a lot more equipment and they lent us Wes Fahey for the week. He was incredibly helpful and a lot of fun to have on set.

What were the biggest challenges in making TALISMAN?

One of the biggest challenges was trying to cram all of this story into 5 shooting days. The first time, we shot 15 pages in 2 days. But when we came back for the rest of the season, we were set to shoot 55 pages in 5 days. It was a lot. In fact, it was so much that we couldn’t do it.

On top of that, Collin, who played Jimmy, had to leave after the first 2 days to shoot another short film. We wound up having to rewrite or cut scenes on the fly. And of course, you try to do that in a way where the story is still cohesive and makes sense. So, there was a lot rewriting on that set. I’d say that it was stressful, but it was also a lot of fun and very invigorating. Maybe that’s just me.

If you’ve never made anything, start with something short. Use the resources that you have around you. You’d be surprised what you can pull off with a couple friends and a will to want to. And stay with it. Keep making things. Even if your work isn’t great to start. Every time I work on something, I learn so much.

When it comes time to level up, surround yourself with good people. Having a great team of people who are all pulling toward the same goal is the only way to be successful. They say it takes a village, and it really does.

What value does a partnership with The Fantasy Network provide you as a creator?

When we made TALISMAN, we hoped we’d play some festivals and win an award. And we did that. We were lucky to play 8 festivals around the world and win a number of awards.

One of those festivals was the New Jersey Webfest. That was particularly near and dear to my heart for a couple reasons. First, I’m from New Jersey, so it was cool to play our home state festival. Secondly, it’s such an amazing event. It was such a great experience. TALISMAN won “Outstanding Sci Fi Series” and “Best Director for a Sci Fi or Fantasy.”

They then called Brian Badgette (LUCIDITY) and me back up on stage and presented us with the opportunity to work with The Fantasy Network. My mind was blown. I’d never considered that TALISMAN could be distributed and watched on a network like that. Then when I met the team and got to hear about everything behind the scenes at The Fantasy Network, I was even more excited. 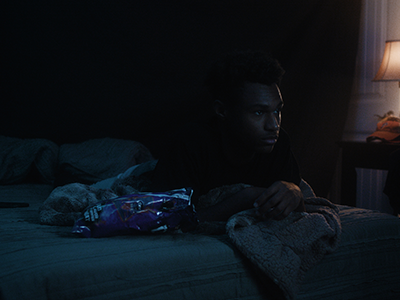 As a creator, you’re looking to have an outlet where there is great content being shown and your content will fit in. It just seemed like a perfect match to me. And I’m very excited to continue to work with the team at The Fantasy Network as we move forward.

I just want to say thank you again to my team. I don’t know that I ever thought that TALISMAN would become what it has, and I’m grateful to every single person who worked on that project. I couldn’t have done it without each and every one of you.

And thank you to The Fantasy Network for having us. We’re very excited about what the future holds. Maybe even a season 2!

How can fans stay connected with you and support your work?

How to watch Talisman

You can catch episodes 1-3 of TALISMAN on the free section of The Fantasy Network starting July 1, 2022. Later episodes will be available on TFN Premium beginning July 8 and in following weeks.

Getting a Premium subscription to TFN is easy! You can subscribe for as low as $5 a month and gain access to dozens of films, web series, audio dramas, Twitch streams and more. Learn more here.

Michele has been writing and editing professionally since 1997. In 2017, she launched full-time into her own copywriting and editing business, serving marketing firms, service businesses, nonprofits, book publishers and consulting firms, as well as indie authors. She serves as Editor of the science fiction website Recursor.tv and The Fantasy Network News. Michele is also co-founder of Writing Well Creative Writing Workshop and co-founder of Two Birds Author Services.
@chippermuse
Previous We Need Your Feedback ASAP!
Next Unique Voices: Fantasy, Horror, Sci-Fi from Echelon Studios Debuts on TFN