Every generation in the secluded Kingdom of Yanasu, a child is born with the power to heal. Now Kaine, an outsider from a distant continent, finds himself seeking guidance for his newly revealed healing powers…and growing close to Na’Serra, a princess coming into her own fantastic abilities. When a deadly anti-magic cult targets Na’Serra for her developing powers, she and Kaine must quickly work to unlock their own potential and save not only their loved ones, but all the free people of the world. 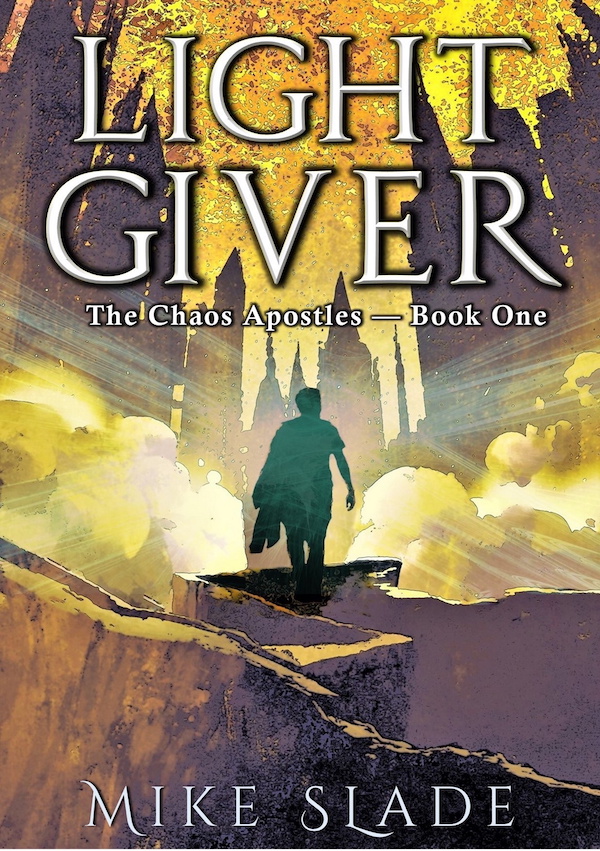 Light Giver by Mike Slade, the first book in an anticipated series, gets off to a strong start. Though from different backgrounds and cultures, Na’Serra and Kaine share the same dilemma all teenagers seem to face — figuring out who they are and how they want to live their lives. As such, their struggles can seem equally relatable, and also frustrating, in only the way that reading middle grade and young adult stories can.

Na’Serra is argumentative at times, stubborn, fickle, and impulsive, as she tries to figure out what it truly means to be a princess. She’s not always likable, with her tendency to be quick to anger and full of pride. But she soon realizes there are things she can’t always control. Kaine is quiet, at times unsure of himself, especially when relating to others who seem to know more than he does. His quiet questioning of the beliefs adults express show that though quiet, his waters run deep. Kaine and Na’Serra, therefore, make appealing, fallible characters that readers will enjoy following through their arcs of growth.

In a story like this, the backdrop of setting and world building are key, and in this area, author Mike Slade really shines. These places he’s describing feel real, lived in, even as they are strange and otherworldly. Rather than trying to provide too much background information, Slade trusts that throwing readers into the thick of things will be fine — and he’s right. Runes, healing magic, murderous cult members… It’s not as though these things are unique, but Slade treats them as though they’re true in the way good writers do, and so they feel grounded in reality. It’s a world readers will enjoy returning to.

Of course, no book is perfect. The dangerous priest, Brouse, makes an appearance early in the story (chapter three, to be exact), then disappears while attention is given mostly to Kaine’s development as a character for many chapters. Even Na’Serra takes a backstage to Kaine’s story in these early chapters, almost a little too much in the early parts of the tale, when getting to know — and root for — her is an important need. This isn’t a deal-breaker, as readers will like Kaine a lot. And when the two finally do meet, it’s clear they will become great companions.

Readers who have enjoyed old classic fantasy tales, like Patricia A. McKillip’s The Riddle Master of Hed, Ursula LeGuin’s A Wizard of Earthsea, and Lloyd Alexander’s The Black Cauldron will be drawn to the throwback feel of Light Giver and look forward to its sequels. With characters who are young teens, the story is appropriate for middle-graders and young adults.

Michele has been writing and editing professionally since 1997. In 2017, she launched full-time into her own copywriting and editing business, serving marketing firms, service businesses, nonprofits, book publishers and consulting firms, as well as indie authors. She serves as Editor of the science fiction website Recursor.tv and The Fantasy Network News. Michele is also co-founder of Writing Well Creative Writing Workshop and co-founder of Two Birds Author Services.
@chippermuse
Previous Succubus Demons Haunt Atlanta in Huntress: The Audio Book
Next We Need Your Feedback ASAP!