From Donna Woods, creator of Huntress: the audio book that became the foundation of the TV series — Crimson — hits The Fantasy Network’s new audio channel. If you haven’t seen this cool show yet or read the book, now’s a great time to join in the well-written, thrilling action.

Succubus demons walk the Earth, preying on the desires and fantasies of lonely hearts. These shape-shifters seduce and steal the souls of their victims, condemning them to hell while the succubi continue to remain on the earth. That is, unless they encounter a Huntress. 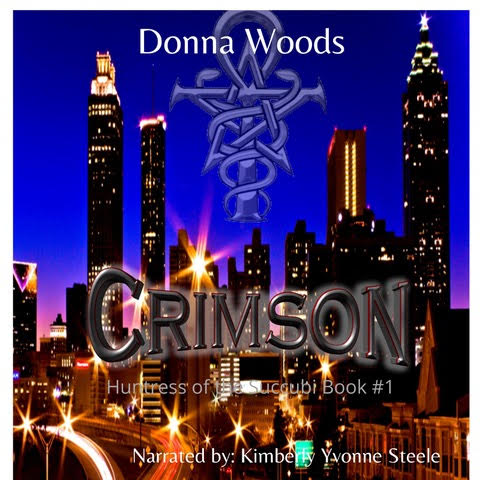 Crimson DeHaven is a creole-born demon huntress. Her ability to see the succubi for what they are has been handed down from her ancestors. Crimson doesn’t love her responsibility — it messes with her day job and her social life — but when the demons come to Atlanta, they soon learn why she’s been appointed the Atlanta Huntress of the Succubi.

Show and book creator Donna Woods is a director, screenwriter, and author from Atlanta, GA, who believes in the unseen mysteries of the natural and unnatural worlds. She writes about things that go bump in the night, sexy heroes and heroines, and stories where love conquers all, blending fantasy, science fiction, suspense, mystery, and horror.

The audio book drops a  chapter a week on TFN’s Audio Channel every Wednesday and Friday from now through May 25. You can also find Crimson features in Donna’s TV series Huntress, streaming now on The Fantasy Network and Amazon Prime.

Michele has been writing and editing professionally since 1997. In 2017, she launched full-time into her own copywriting and editing business, serving marketing firms, service businesses, nonprofits, book publishers and consulting firms, as well as indie authors. She serves as Editor of the science fiction website Recursor.tv and The Fantasy Network News. Michele is also co-founder of Writing Well Creative Writing Workshop and a partner in Three Point Author Services.
@chippermuse
Previous Award-Winning Fantasy Animation Lucidity Airing on TFN
Next Book Review: Light Giver (The Chaos Apostles, Book 1) by Mike Slade