A Chat with Daniel Nichols of the HappyGoLukky Podcasts

What do these three audio dramas have in common?

Though they may sound pretty different at first glance, all three are podcasts that have recently arrived to the TFN Audio Channel — The Chronicles of Eridul, The Resonance, and the LukkyGo Show — all from the HappyGoLukky podcast team led by creator Daniel Nichols. A Navy Chaplain for many years, Nichols wrote and distributed a regular narrative-based blog that was widely distributed during his deployment in Iraw — with a few of the missives being published in a compendium titled Battlefields and Blessings: Stories of Faith and Courage. His passion for creation led to the podcasts he’s making today.

Inventive, well cast, and strong in storytelling, the HappyGoLukky shows are can’t-miss audio dramas, all available for listening right now on The Fantasy Network. Recently, creator Daniel Nichols shared with us some of his inspirations for creating audio sci-fi, fantasy and horror.

TFN NEWS: How did you get into creating audio dramas/podcasts?

NICHOLS: As a child, I had regular and terrible nightmares — the kind that are like lucid-dreaming. The one thing that would keep those away were audio stories written and narrated by Ethel Barett, a prolific author and storyteller. There was something about the audio story and embedded music and sound effects that brought the stories to life.

I used to practice my own stories on an old tape recorder my parents owned, but fortunately none of those tapes survived. Oddly enough, it may be two of my limitations that pushed me furthest toward audio drama as a format. Only in the past couple of years have I discovered that my lack of a mind’s eye — I cannot create mental images — is actually a condition called aphantasia. Adding sounds and a score to narrative brings a story to life in a way that the simple spoken word cannot. Add to this a very slow reading pace — I have to sound out each word in my mind — along with general introversion, and you get a mix of creativity that requires an outlet that does not align with the traditional societal norms of public and visual performance.

Ultimately though, what I love most about the audio format is that dialogue remains the heart of the medium. Dialogue allows us to explore our own inner monologue in ways that visuals cannot. Dialogue connects our hearts and engages our minds and allows the storyteller to reach beyond internal barriers to engage the soul. 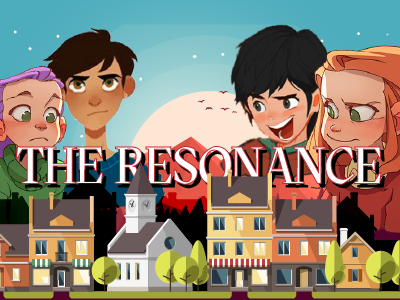 What makes audio a great medium for sci-fi, fantasy, horror?

Audio drama brings the things I love most together — music and storytelling. I have always found the lack of a visual component to be enabling rather than limiting. A story without preset visuals, I believe, is more universally available, allowing the audience to fill in the details from their own experience and personalize a story in ways that video and film remove from the equation.

Why do you think audio fiction is taking off right now?

Why it took as long as it has to finally produce creative work in the audio drama space is a factor largely of technology. While the bulk of my sound effects are home-spun foley, and the musical tracks are largely self-written, performed and produced, very little of what I can do today was available when I was young. To be sure, amazing audio productions were a staple of radio a generation ago, but the ease with which quality and spatial audio can be created and disseminated today is a storyteller’s dream come true.

What makes a successful audio drama or podcast?

Prior to the pandemic wreaking havoc on a lot of plans, I had partnered with my fellow creators at the family-friendly PodiconGo podcasting network to devise a set of criteria for awards. We arrived at three primary criteria:

I will freely admit that the audio quality was not on par with the storytelling in our first episodes as we began to learn and acquire new tools, technology and techniques. Podcast listening veterans will usually give a show a pass for a little while if the storytelling is done well, but eventually, the audio needs to be clean and balanced. This is no easy task, and I continue to hone my own craft to get better in the area of mixing and mastering.

Suitability and engagement are like two sides of a coin. I believe that it is important to start to bring a greater degree of maturity to the medium. Where podcasting thrives but still fails is in clearly projecting its content in a way that allows for free listening. It is a powerful medium and one that shouldn’t be treated like a harmless afterthought. At the same time, it must be engaging. The beauty there is that what is engaging is in the ear of the beholder … and with the massive potential market available, there is a lot of room to grow. Ideally, however, we want to see continued growth in terms of originality. There is something important, I believe, in maintaining a healthy indie community and presence. Not only does this foster greater creativity; it also advances human liberty. 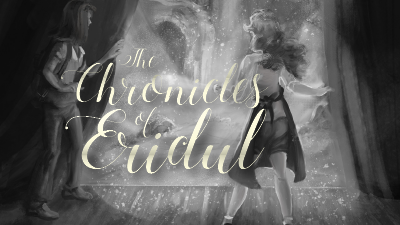 HappyGoLukky produces three shows currently. Each is unique in its own way.

The Resonance is the story that started it all. We began the show as an actual play improv using a modified game mechanic based on the Powered by the Apocalypse platform. The audio from some of the early episodes reflects our limited budget and nascent skills. The Resonance storyline is a sci-fi story at its heart, based on an actual but fringe physics theory called Morphic Resonance. By all means, have a google at that! =)

The LukkyGo Show is a variety show. There are whole storylines that do not appear elsewhere, along with a wealth of behind-the-scenes extra content that at times delves pretty deeply into the thinking behind the characters and show creation.

The Chronicles of Eridul storyline reflects some of our most polished work to date. It is a narrative-driven story with a full cast, full score and sound effects — intended to be an immersive experience. This storyline blends the real world with a fantasy realm in a clear nod to some of my favorite childhood authors. From a personal standpoint, these stories most reflect my own life experiences more than any of the others.

How did you find the actors, writers, and production team for your shows?

From the start, I connected with the broader indie community. Even as the writer, director, and producer of my content, there is no way I could have launched and sustained our shows without help from countless friends and groups like Dice Tower Theatre, PodiconGo and the Cast Junkie Discord community. All of my actors came through relationships and networking,as has a tremendous amount of advice, support, encouragement and help along the way. There really are still good people out there. 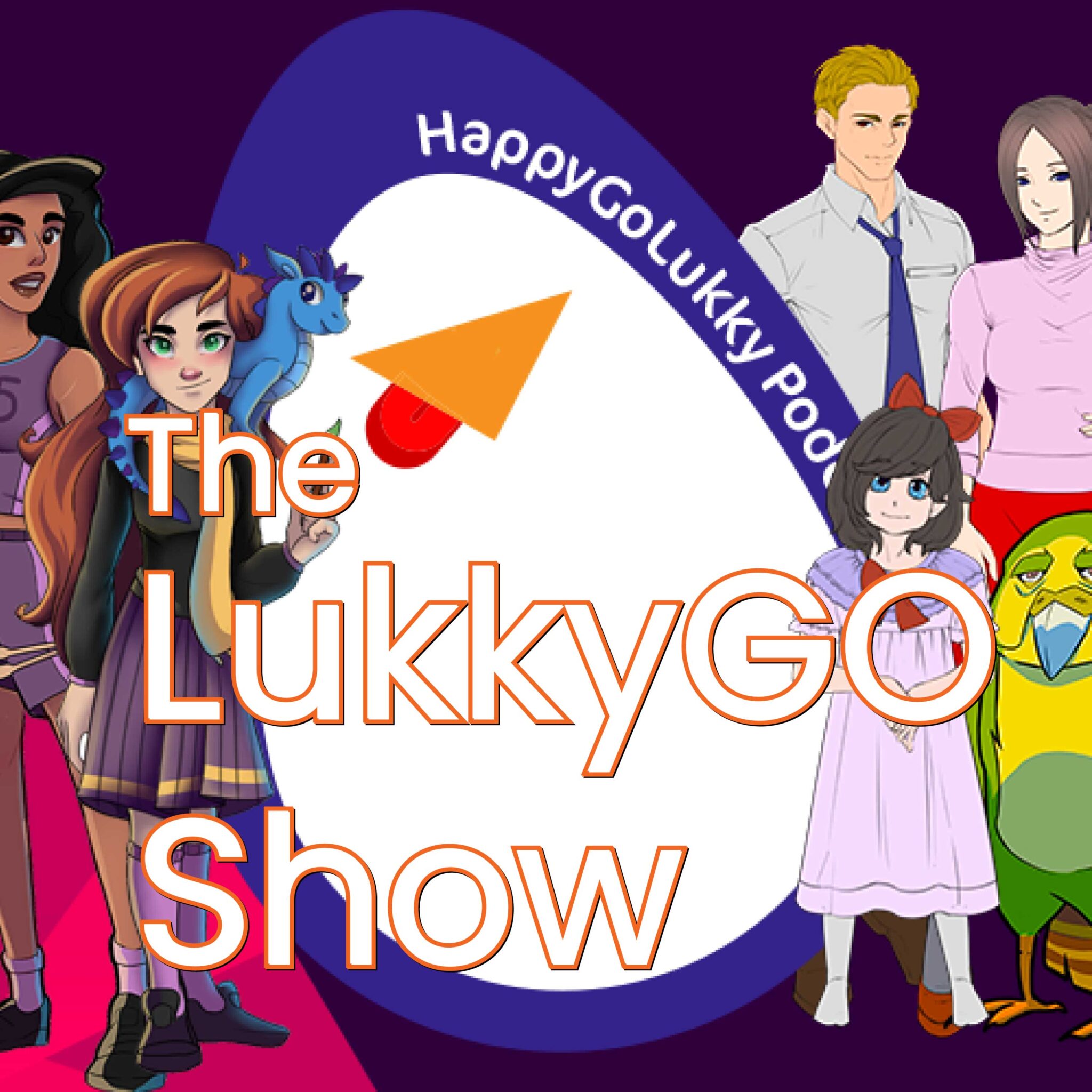 The show is self-funded. I do have a novel out — Charlie Saves Christmas — which is based on the first season of the Chronicles of Eridul, which is helping to fund the show. When the pandemic struck, many of my Patreons were put in difficult situations financially, and so we shut down our funding efforts. As we re-launch with our partners at Good Ham Productions and through TFN Audio, we will likely reopen to listener support as a means of funding our artists, many of whom continue to face difficult financial situations.

Currently, I dedicate a great deal of time to cleaning the vocal tracks in all of my dialogue. I didn’t have the ability or know-how when I first started, and I jumped out in a multi-voiced recording scenario with a single microphone, which I would change if I were starting over.

Another challenge we’ve faced is with the most recent storyline — Cassie and the Spectral Shade. Initially I was writing episodes as I went, which gave me the flexibility to expand or adapt parts based on the actors’ portrayals of their characters. Unfortunately, the pandemic required a number of casting changes, and while the whole show is complete, we continue to wait for parts to come in or balance out the possibility that we may need to recast and re-edit significant portions of the show. For a longer running show … I will definitely have the show complete before casting and require all vocal performances to be submitted before editing begins. Seems like an obvious thing now, but a lesson that has been learned the hard way.

Do you have any pet peeves in making audio?

I appreciate clean audio with no voice noises. That “snap, crackle and crunch” is pretty tough for me to listen to, so I clean it by hand. I realize there are faster methods, but I want them all out! Worst part of the job by far. If I could pass on any single job, it would be cleaning out voice clicks for sure.

For some time now, my hope has been for the audio drama landscape to begin to elevate into the broader world of global media … to mature in the way that film and video have, not only in the quality but in its perception and within the community. TFN Audio represents a next step for the genre … a perhaps inevitable connection between visual and audio formats, but ideally it is the beginning of the unification of all of the artforms involved in the fantasy and sci-fi space. Hopefully, we’ll gain connections … a broader network from which I can learn and share and that ideally will lead to the next epic storyline or collaboration.

How can listeners stay connected with you and your shows?

Now that we are launching with TFN, we are also unveiling our larger partnership with Dice Tower Theatre under the Good Ham Productions label. There’s much more to come, and there will be many ways for people to engage and support. For now — we would love for you to order a copy of Charlie Saves Christmas.

Listen to The Chronicles of Eridul, The Resonance and The LukkyGo Show — all streaming now on TFN Audio.

Michele has been writing and editing professionally since 1997. In 2017, she launched full-time into her own copywriting and editing business, serving marketing firms, service businesses, nonprofits, book publishers and consulting firms, as well as indie authors. She serves as Editor of the science fiction website Recursor.tv and The Fantasy Network News. Michele is also co-founder of Writing Well Creative Writing Workshop and a partner in Three Point Author Services.
@chippermuse
Previous Crazy Wizards, Goo Monsters and More: Magus Elgar Hits TFN Audio
Next BlackBlade: Diverse, Socially Conscious Steampunk Audio on TFN