Passionate about streaming live tabletop gaming from a creative, diverse set of players who love SFF as much as you do? Then you won’t want to miss our TFN-Athena Alliance D&D crossover livestream, An Ambivalent Alliance, happening Saturday, December 11, 2021 at 8PM EST and viewable on The Fantasy Network’s main livestream page. The charity-driven livestream will benefit The Children’s Attention Home and Levine Children’s Hospital. 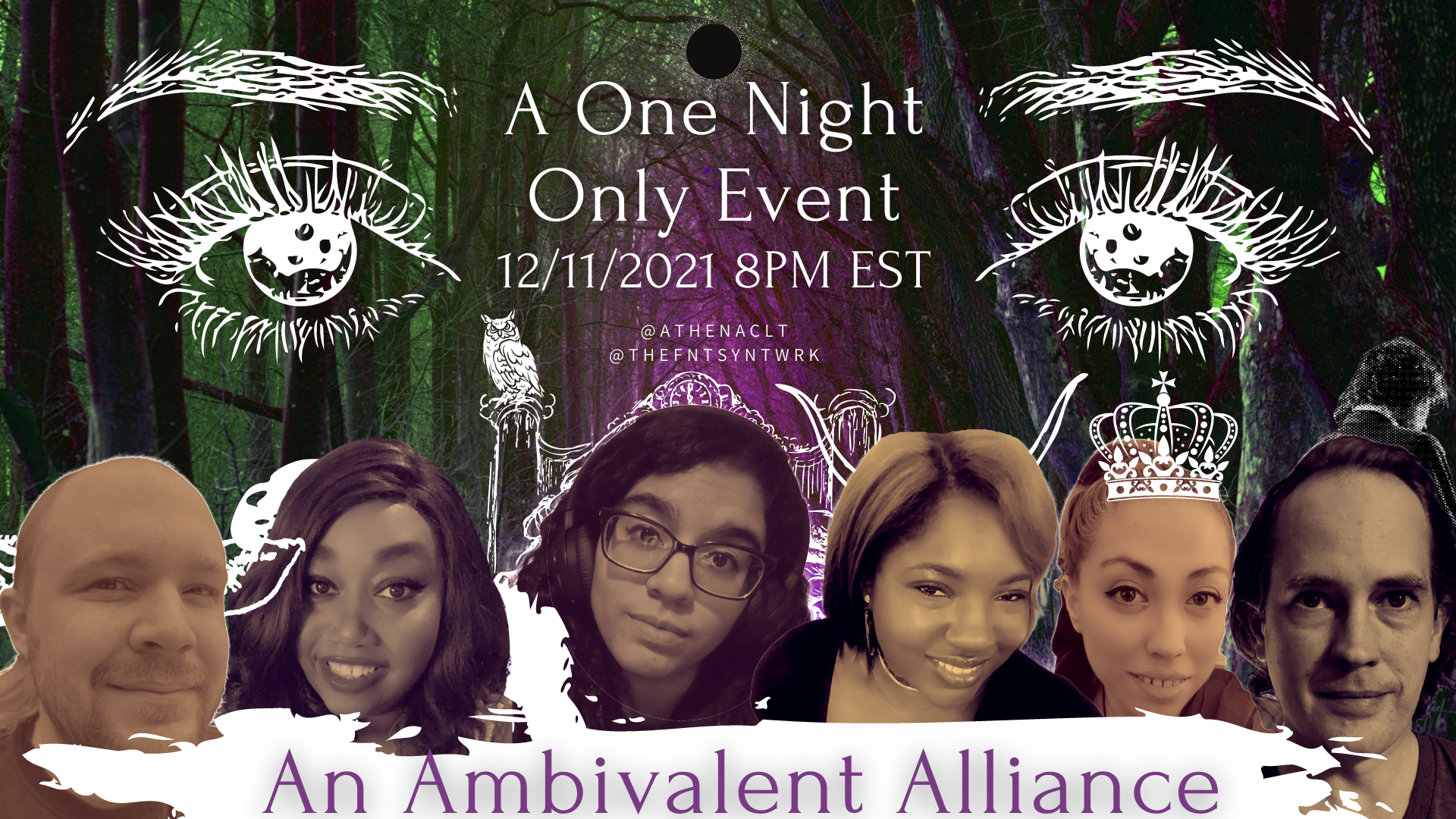 Tune in for a one-shot tabletop campaign of Dungeons & Dragons with beginners and experienced players alike, featuring a tale of excitement, mystery, and intrigue with a unique cast of characters.

For this special one-off gaming livestream, The Athena Alliance CLT, a women’s gaming organization based out of the Carolinas, will be collaborating with TFN members and the founder of Zombie Orpheus Entertainment. Founder of The Athena Alliance CLT and radio personality Emi (The Goddess of Opportunity) will be joined by fellow gaming goddesses Elie Lynn and The Indie Altar host LgndoftheStar. This will be Elie Lynn’s first try at playing a TTRPG, and LgndoftheStar will be joining as an indie lover and fan. This is the second program she is participating in with The Fantasy Network.

Also joining in the gaming adventure is former TFN Board President and filmmaker Ben Dobyns, who has been an avid TTRPG player and supporter since the early 90s. This is the first time they will be joining in a campaign with The Athena Alliance since their partnership in March 2020. With their art mimicking life, they will be playing a gender-neutral character. Joining Ben as a Fantasy Network alum will also be Leland House, TFN’s social media manager and an indie TTRPG enthusiast with a love for story driven narratives and a commitment to supporting women and BiPOC in the gaming space.

Rounding out the cast will be Giselle, a Puerto Rican game writer from the Norwegian indie studio Red Thread Games. After watching Critical Role, Giselle became inspired to join the TTRPG world, leading Twitch front page events such as the Dungeons & Dragons campaign for Unidos Online from LatinxinGaming. She is joining as the Dungeon Master, promising to weave a tale full of adventure, mystery, and intrigue.

An Ambivalent Alliance focuses on five characters starting at level 1, perfect for both those who love D&D as well as those who do not have experience with tabletop role playing games. The event will be viewable as it takes place on The Athena Alliance CLT social media on livestream, and on The Fantasy Network’s main livestream page. The program will also be available to view afterwards as well as a special event program. This is a part of a series of charity streams to raise money for The Children’s Attention Home and Levine Children’s Hospwital this season, and you can support that cause at gofund.me/86bd99cd.

You can support the creators by following and sharing the stream, as well as subscribing to The Fantasy Network for more content from diverse casts and writers.

Michele has been writing and editing professionally since 1997. In 2017, she launched full-time into her own copywriting and editing business, serving marketing firms, service businesses, nonprofits, book publishers and consulting firms, as well as indie authors. She serves as Editor of the science fiction website Recursor.tv and The Fantasy Network News. Michele is also co-founder of Writing Well Creative Writing Workshop and co-founder of Two Birds Author Services.
@chippermuse
Previous Celebrate the Holidays and Support TFN’s Indie Creators
Next New Season of “The Inventor: Miller and the Earthling” Launches