If you’re a fan of DUNE by Frank Herbert, you already know the drill. Young kid with psychic powers flees into exile, only to rise to power by manipulating the spiritual legends of the natives of the planet he’s exiled on. It’s the hero’s journey, twisted by religious dogma, political brouhahas, lots of sand, and yes, even giant worms. 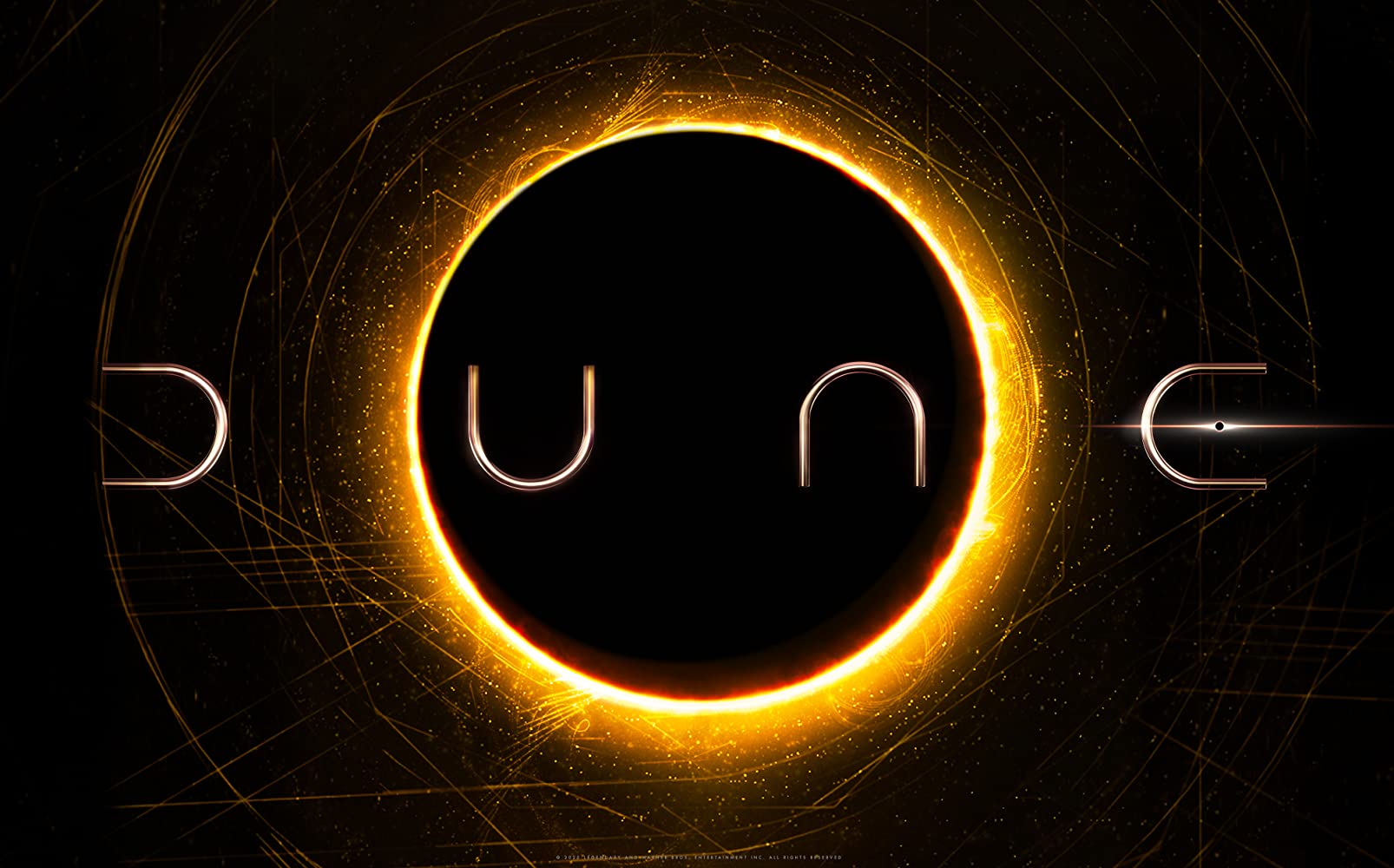 You wouldn’t be amiss to wonder if Herbert was smoking something while writing his book, because it’s a strange, moody story with lots of troubling, horror-esque moments that create shudders up a reader’s spine. The big screen and small screen adaptations of it, most recently Villaneuve’s DUNE, tend to create lots of commentary—good, bad and ugly—because DUNE fans and critics are a hefty, vocal coalition.

If you’re wondering about Villeneuve’s adaptation, the best way to judge it is to see it, which you can do now on HBO Max as well as in theaters. The director wants you to see it in theaters, of course, and it’s easy to see why.

The epic, dramatic sandscapes, the brutal attack on the young hero Paul’s family in DUNE’s main city, and the delightfully creepy sandworms all look stunning, and no doubt are overwhelming on the big screen. The moment when Paul and his family arrive on the desert planet, with Arrival-style ships hanging creepily in the air behind them, is unforgettable. Even on a smaller home TV, what you see is impressive. Villeneueve does a great job of making the story visually appealing.

This is important, because it has to be said that even if you love DUNE, the story moves slowly. It sort of has to, because there is some complicated political world-building going on. It’s hard to fully appreciate the story if you don’t understand all the different groups that are trying to kill Paul or manipulate him for their own ends. Even his own mother isn’t above doing what she has to in order to protect him. But at what cost?

DUNE has been adapted in other forms before Villeneuve’s recent film. And all versions have their unique appeals (and challenges—voiceover in the 1984 Lynch movie, anyone?). But all share a bleakness that is hard to escape. DUNE is a pretty depressing story, in a lot of ways. Probably because it’s reflective of the real world and how nations treat each other to get what they want, which is often depressing too.

Still, if you can get past the bleakness, DUNE by Villeneuve has its charms. The acting is quite good, as you’d expect with actors like Oscar Isaac (as Paul’s dad Leto) and Jason Momoa (as a delightfully odd and chipper Duncan Idaho).

Timothee Chalamet does a fantastic job of reminding you how young the character Paul is. You tend to forget that when watching other adaptations, but Paul’s a teen. He’s surly. He thinks he knows it all. He has wet dreams about a girl he’s going to meet one day. Villeneuve’s DUNE is superb at pointing out the person who’s going to be a psychic master, a holy warrior, and one day the emperor is just a kid. Would you want an angry teen to have that much power? I wouldn’t.

Of course, the story of DUNE overall has its strange elements too, some of which don’t exactly present themselves well today. Like the Bene Gesserit — the witches who have tremendous power, all women, except for the male psychic they’re trying to breed because there’s something men can do that women can’t. It’s hard not to see that as overtly phallic, especially when people are riding massive phallic worms later in the story.

And based on what the film gives you, it’s hard to see why it was even necessary to send Paul and his family to Dune to begin with. Why not just kill them on Caladan? Or program their ships to explode mid-journey, before they land on Dune? It’s kind of dumb. But then you wouldn’t have a story, right?

And it has to be said as well that DUNE by Villeneuve is only part of the story—part 1, to be exact. It kind of drops off at the end, with a less than dramatic cliffhanger. Paul doesn’t really seem to be in danger, just stranded in the desert. If you know the story, you know there’s more to come. If you’re new to DUNE, you may or may not be hooked to see more.

Whatever you think about DUNE, part 1, at least one question has been answered. The sequel has been greenlit, with a planned release in 2023. So, we’ll see how well that film does at wrapping up the story.

Michele has been writing and editing professionally since 1997. In 2017, she launched full-time into her own copywriting and editing business, serving marketing firms, service businesses, nonprofits, book publishers and consulting firms, as well as indie authors. She serves as Editor of the science fiction website Recursor.tv and The Fantasy Network News. Michele is also co-founder of Writing Well Creative Writing Workshop and a partner in Three Point Author Services.
@chippermuse
Previous Children’s Book: Eli and the Mystery of the Hallowshine Dragon
Next Berlin SF FilmFest 2021 Begins November 5