FORGED: BY FIRE is a brand new steampunk comic book series crafted from the minds of Eric De La Rosa, Joseph Kohn, and Nic Lishko. What originally started out as a TV pilot has transmogrified into the wonderful world of comics full of adventure, intrigue, and loads of steam.

The first 6-issue serial is titled Forged: By Fire. Readers will find themselves falling into the city of Forge, where a struggle among the classes has already begun. Creator Eric De La Rosa shared with TFN how he and his fellow writers Nic Lishko and Joseph Kohn, came up with the world of FORGE. 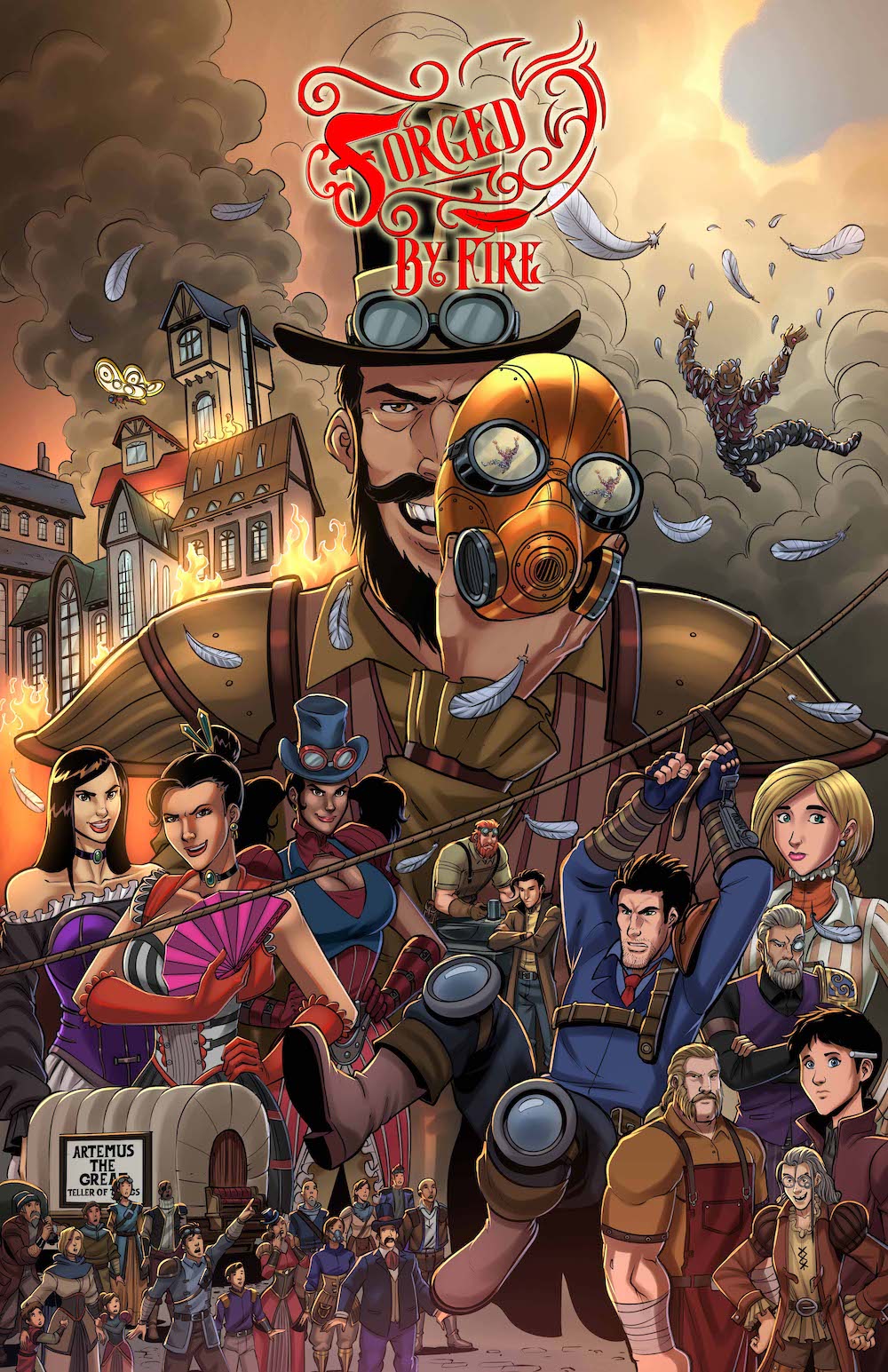 TFN: What inspired your story and the artwork behind it?

DE LA ROSA: I, along with the other writers, Nic and Joe, are huge steampunk fans. We love the creative world and environment where everyone in a community can build and shape their future. The era is echoed in part by present, where things don’t just fulfill their purpose, but can look gorgeous with a unique and industrial flare.
What is it about the steampunk genre that you find uniquely compelling?

I feel the creative people are the forefront of change in steampunk. We value their art and science contributions and different outlooks on whatever they make and build.

FORGE began as a prospective TV pilot. What it was like trying to market it? How did you decide to put the story out in comic form instead?

When we initially took out the pilot, we were told that there aren’t very many successful steampunk films or shows out there. We were discouraged by the news, but we just couldn’t let the idea pass.

Creating a short film or something live action would have been expensive on our own, but the genre lends itself to fantastic imagery. We can have these huge set pieces and monsters in a comic book without having to worry about spending millions of dollars. 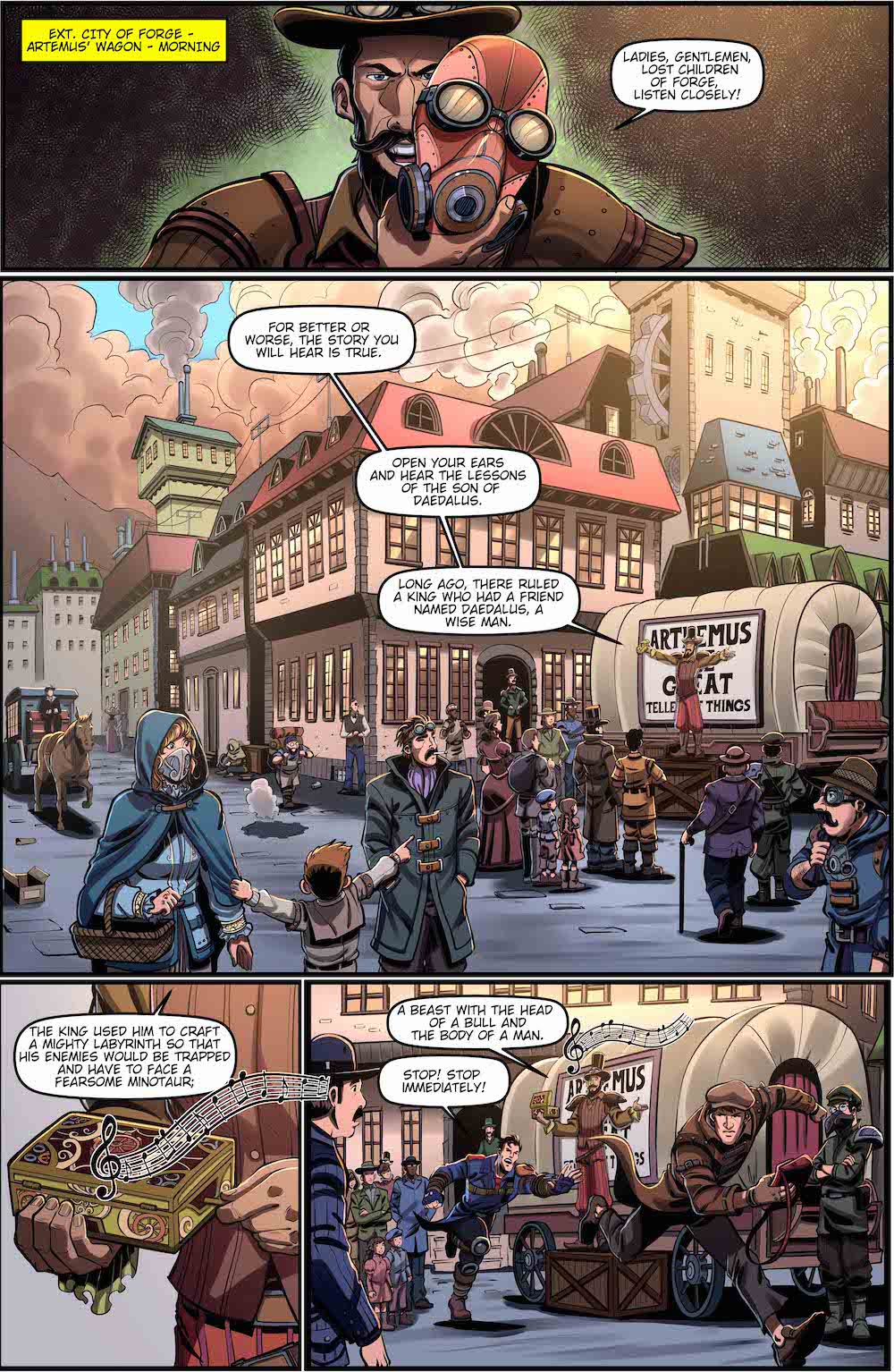 What’s the main message or theme of FORGED: BY FIRE?

There’s a through line that we can control our own destinies. We have the chance for change and sparking the path for our future. This large cast of characters, who at times might feel trapped by their upbringing or financial classification will begin to understand the power of working together to achieve great things.

Is there anything about the project that’s particularly unique, or that audiences might be surprised to find out?

We’ve built this incredible mythology into the city that will be exciting to pay off. There are monsters in this world, sky pirates and people living in the clouds that we can’t wait to show everyone. We will just start to begin to deal with them in upcoming issues.

Are there any particular reward tiers from the Kickstarter that you want to highlight?

The softcover of the first three issues will be something you want to hold in your hands to read. For aspiring creators, we offer a reward with a video chat breakdown with the team as we explain our process from TV pilot to adapting to comic book form. We’ll also review backers ideas at whatever level they are at in their project to guide them about what we’ve learned along our journey. 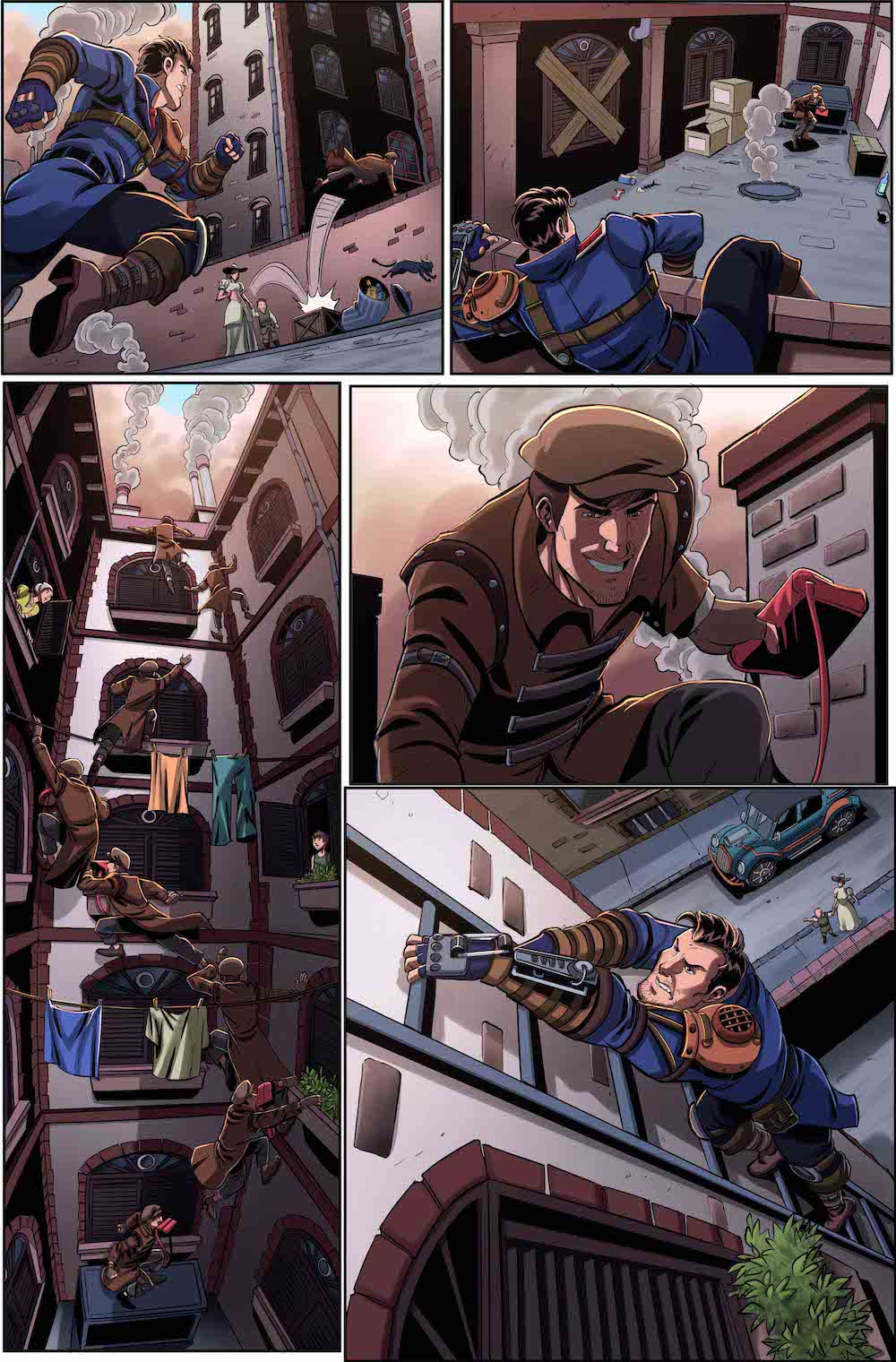 How did you find the artist for the comic? What has that process of collaboration been like?

We reached out through several channels to find an artist that worked best with us. We used different online platforms and groups to cultivate a handful of artists and commissioned several artists until we found one who we all agreed on. A good artist, like Mauricio Caballero, brings more to the table than you expect, and the way he constantly kept us updated along the way made the process very stress-free.

We hope this comic book series inspires and entertains, and we hope we’ve created characters that you want to hear more from. At minimum, we’ve discussed 6 different ‘series’ with 6 issue arcs (36 issues in total) and would love to continue creating and world building if we can find a strong fan base.

Join in the fun by backing the FORGED Kickstarter, live through November 21, 2021.

Previous RIVALS: A Stunning, Epic Dark Fantasy Graphic Novel
Next Children’s Book: Eli and the Mystery of the Hallowshine Dragon