When filmmaker Kenlon Clark isn’t busy directing episodes of the Netflix Original Series The Guardians of Justice (Will Save You), he’s making time for personal projects like his recently released neo-noir sci-fi crime caper, SYNAPSE. 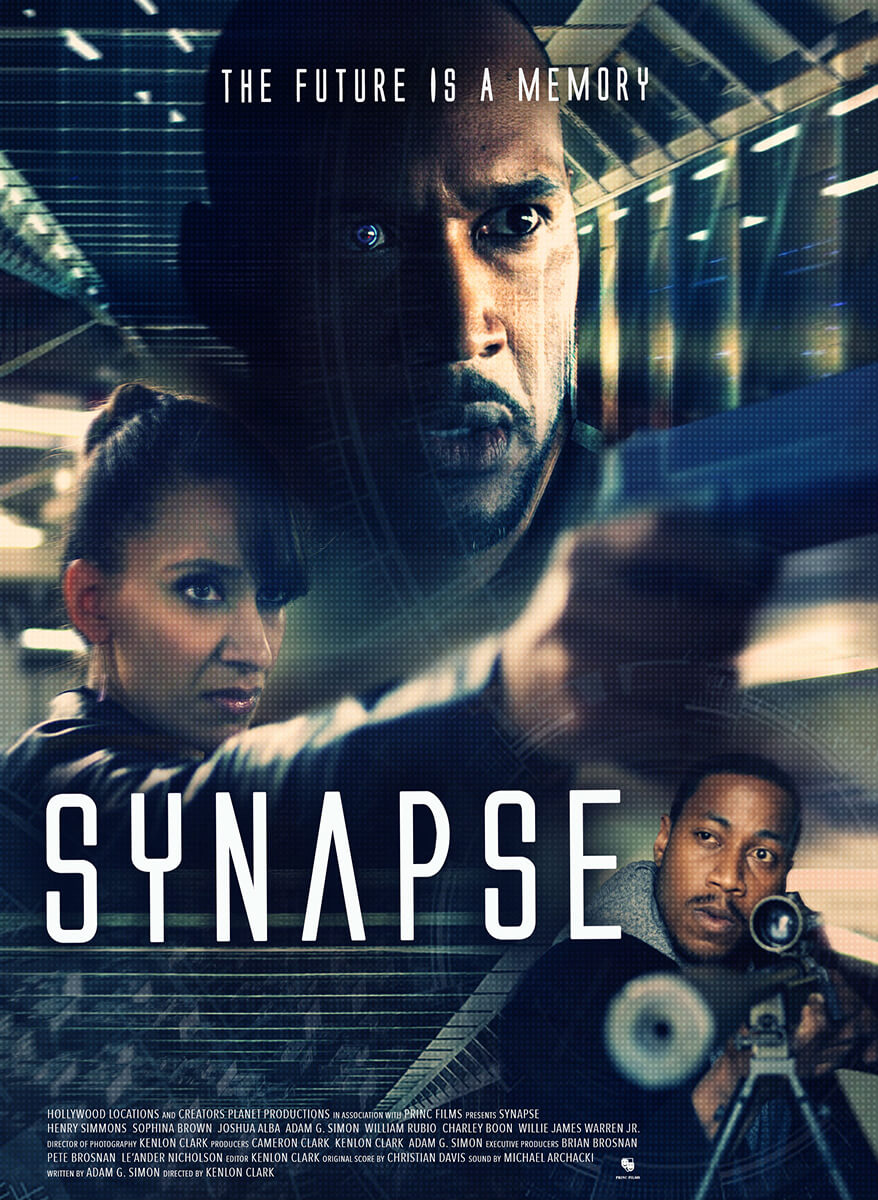 Set 10-20 years in the future, SYNAPSE follows the path of a man with tech-induced memory gaps, trying to figure out who he is and what’s happened to him recently. The story is set against a background in which tech exists to transfer and share a person’s memories, much like photos and status updates are shared today on social media. Seeking to escape cops and criminals, he must figure out the mystery of his identity before it’s too late.

A classic noir set-up with sci-fi tones, SYNAPSE features plenty of action to keep audiences hooked. “We did want to keep it like The French Connection or Narc, but with science fiction augmented into the world,” Clark notes.

“I love science fiction and crime films. SYNAPSE certainly has a mixture of both. We always wanted to create something that felt like a classic crime film, with a more contemporary noir take, and then incorporate science fiction elements.”

In bringing the story to life, Clark and his team had the challenge of working against an indie-sized budget, not easy for any type of film, much less a sci-fi one. A balance had to be struck between the cool concept, believable visual effects, time and costs.

“SYNAPSE has a fairly complicated narrative, dealing with the concepts of memories,” says Clark. “In the second half in particular, you see the memories multiple times, each time delving further into what happened. Those are tricky elements, especially framing it within a present narrative.”

The film manages that aspect effectively with strong performances, solid editing, and of course, plenty of action.

“Action scenes are probably my favorite ‘fun’ thing to shoot,” says Clark. “I think they really give you a chance to understand the characters. Just like in real life we learn more about people, who they are and what they want, by the actions they’re taking. Action sequences let you see the courage, desperation, skills or ineptitude of a character in a big way.”

To learn more about Kenlon Clark and the making of SYNAPSE, check out his Q&A on Recursor.TV. Or connect with him on his website, www.KenlonClark.com,  and instagram account, @kenlonclark.