Breaking News
Home » Exclusives » Give Me Away: A Sci-Fi Podcast Review

Give Me Away: A Sci-Fi Podcast Review

A screaming spaceship and a world of radical hospitality.

That’s the tagline concept for Give Me Away, a science fiction audio drama from the podcast team powerhouse, Gideon Media. Written by Mac Rogers, the creator of the highly popular and acclaimed The Message, and directed by Jordana Williams (The Honeycomb Trilogy), Give Me Away is a unique look at finding a place in the world through the sci-fi lens of aliens landing on earth.

Called an “addictive audio experience” by Stage Buddy, and “enthralling, chilling, emotionally resonant” by Christopher Dole, co-creator of Arden, Give Me Away has been impressing critics with its unique storytelling. The premise of this speculative fiction podcast, which premiered July 16 and continues its season one into the summer and fall, is both relatable and unfamiliar all at once.

A spaceship crashes in the Nevada desert. Called “The Ghosthouse,” the ship cries out with the screams of thousands of extraterrestrial political prisoners uploaded into its horrific mainframe. Soon, it becomes clear that the only way to free them and end the suffering is to transfer them into the bodies of humans willing to share their minds with an alien second consciousness.

But who would volunteer for that?

Graham Shapiro, divorced and adrift at age 50, is one of the first to raise his hand. Give Me Away follows Graham’s journey into a world of radical hospitality, one which will touch everything—and everyone—in his life.

Writer Mac Rogers describes his main character as someone who himself is adrift in life, much like the prisoners of the ship. “Something about this plight compels him to sign up,” says Rogers.

Beyond the intriguing storytelling, there are powerful themes that are relevant to so much of our world these days.

“This alien consciousness inside their mind is largely helpless,” Rogers says. That means finding people who are willing to do this but not take advantage and abuse the situation—and that’s not easy, even when someone has good intentions.

“Imagine a person who’d say, ‘I’m going to promise you that even though I have all the power, I’m going to make decisions with you.’ That’s a very specific profile, someone willing to have that difficult give and take.”

Through that lens, says Rogers, “You can look at consent, consensus building, anti-hierarchical structures. There’s so much to explore, but it comes in a really neat package. What’s great about a show like this is that there are some pairings that work beautifully and some that don’t. And when it’s going badly, it’s a real mess.”

In other words, there’s plenty of drama and tension to be had as the season continues.

The first episode of the show has already dropped, and the production is superb. Regular podcast listeners will not be disappointed with the strong quality of the sound, voice acting, and overall clarity—a key aspect of audio drama that can make or break the listening experience. 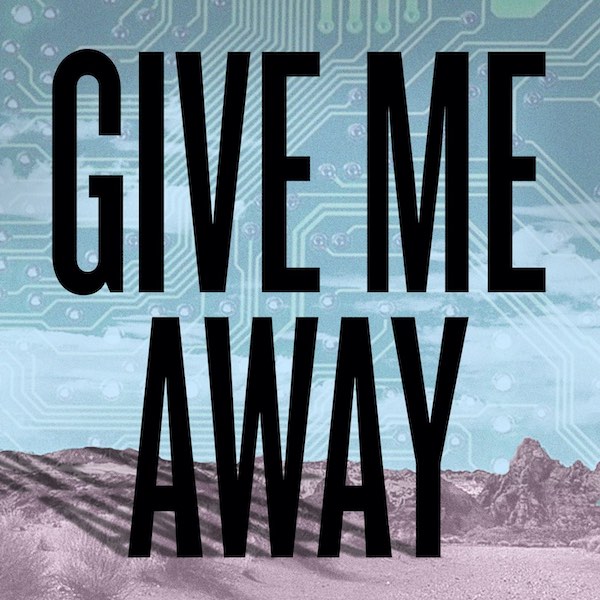 Another key is characters, and in this, Rogers’ writing is reliably fantastic. (If you haven’t listened to The Message yet, do so—because he does a great job with characters and storytelling there too.) In Give Me Away, the progatonist Graham faces understandable challenges that are rooted in the emotional reality of the human experience, which grounds what happens as he interacts with the alien consciousness sharing space in his brain.

As season one unfolds, there’s plenty of mystery and suspense to keep listeners enthralled. It’s a promising start that will inspire you to stay tuned to season two.

Give Me Away is available free on the Gideon Media website and everywhere podcasts can be found.

Michele has been writing and editing professionally since 1997. In 2017, she launched full-time into her own copywriting and editing business, serving marketing firms, service businesses, nonprofits, book publishers and consulting firms, as well as indie authors. She serves as Editor of the science fiction website Recursor.tv and The Fantasy Network News. Michele is also co-founder of Writing Well Creative Writing Workshop and a partner in Three Point Author Services.
@chippermuse
Previous Blending SFF, Audio and Improv: Rusty Quill Podcast Network
Next The Sci-Fi/Horror/Gaming Audio Dramas of Fool & Scholar