Reprinted with permission from our partners at Recursor.TV

Our ongoing series covering sci-fi and fantasy audio dramas continues today with Alternative Stories and Fake Realities, a podcast and production company for new and original audio drama, poetry and writing from across the English-speaking world. With well-known authors like Terri Windling and Chris Beckett, and up-and-coming writers like Emily Inkpen among the featured creators, ALT Stories offers great fiction and more for sci-fi and fantasy-loving fans.

Launched by founder and director Chris Gregory, the podcast features a mix of genres, including science fiction, climate fiction, folklore and more. ALT Stories has provided content to BBC Radio and North American broadcasters and been a part of the Radio 4 podcast show ‘Podcast Radio Hour’, among other accolades.

The podcast got its start through Gregory’s own personal interest in creating dramatic stories, and then finding an outlet for them—which isn’t always easy when you’re a new author.

“I’d written what I’d hoped would be a very successful play,” he says. “I’d listened to a lot of audio drama podcasts. And I wondered how difficult it could be to make an audio drama out of it, so that’s what I did. I learned how to find actors, how to mix the audio and add the sound effects—all of it was learned on the job. I even wrote the music and recorded it myself. I created a lot of work for myself, but I learned along the way how every step of it should be done.”

Collaborations with Other Creators

Soon, Gregory began looking for opportunities to apply his newfound knowledge and keep the podcast going by collaborating with other writers, looking for stories that sparked the imagination. That means drawing on a wide range of genres and sources.

“The mission of our podcast has always been to champion new writing across a whole range of genres,” says Gregory. “We don’t distinguish between published and unpublished writers. If we like something that’s unpublished, then maybe we can help it on its way to being published.”

The Magic of Fantastical Folklore

Many of the episodes feature fantasy and fairytales that mine the deep, rich vein of the UK’s traditional folk stories, as well as Greek myths and more.

“We found there was a real interest in learning more about these folk tales, and a lot of fantasy writers were influenced by them,” he says. “Much of our fantasy content is rooted in folklore. The two areas really overlap, and many fantasy writers take their main inspiration from the world of folklore.”

One of many examples of this is the two-part audio drama, Hare Spell, written by nine-time fantasy award winning writer and editor Terri Windling, along with Fay Hield  Sarah Hesketh, and Sarra Culleno. The ethereal mystery explores the wonder of magic and belief through the legends surrounding women who can shapeshift into rabbits—a surprisingly common myth, much like those of selkies and foxes. 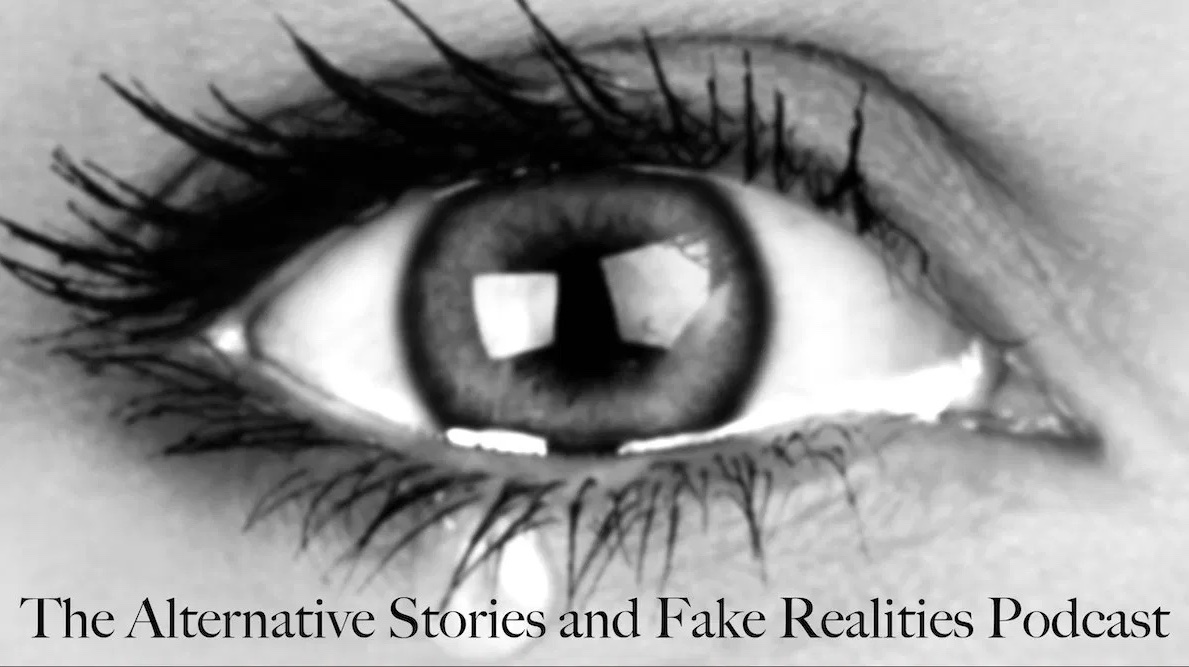 Of course, ALT Stories pursues science-based tales too. Gregory says, “We’ve done a lot of science fiction. They’re works of deep imagination, aren’t they? You need to build your world. We very much mix sci-fi with climate fiction, sci-fi with a green tinge to it.”

One of the sci-fi writers he’s worked with is Arthur C. Clarke award winner Chris Beckett, who joined Gregory for a superb interview that includes discussion of Beckett’s novels as well as readings from them. You can find it here.

Gregory is also working on a series of audio dramas with upcoming author Emily Inkpen. “Her work is just fabulous,” he says. “Emily is a young British sci fi writer who has just completed work on a trilogy of novels and a series of audio dramas based on her characters and world. You can learn more about it in Inkpen’s recent interview on ALT Stories.

“We did a drama with Emily last year (The Bomb), and we are in production on the follow up, The Hunt, as we speak. There are a number of additional mini-episodes which we have also recorded and will be releasing over the next few months.

“I genuinely consider Emily one of the most talented writers and world builders I’ve come across, and if I were to tip anyone to make it big in the worlds of both audio drama and literature, she’d be the one,” says Gregory.

The Secrets to Audio Drama Success

The key to podcasting success is in the commitment, because it takes time to build an audience and a name. ALT Stories has done this by being dedicated to great production value—which you’ll hear in the original musical scores, attention to believable sound effects, and talented voice actors—all of which brings a professional polish to each episode.

“The quality of what you do attracts attention in the right places,” says Gregory. “The BBC picked up a few of our productions. The audio drama The Ark went out on the local BBC radio station in Kent, where its writer, Madeleine F White, lives. Featured on BBC’s radio hour.

Working with people who have a large Twitter following or natural fan base, like Terri Windling and Chris Beckett, has also given ALT Stories more reach. As a result, they’ve had publishers reaching out to ask them to work with their authors.

What to Expect Next

Gregory says that fans of audio drama in the SFF genre can look forward to some great productions coming soon. “We’ve got some exciting things coming up for our fall season,” he notes. “It’s all about pushing the envelope in terms of what we can do with audio soundscapes.”

There will be a time-traveling drama set in both present day and Victorian London with a steampunk vibe. The challenge there, says Gregory, will be finding ways to create in sound and music the sort of visual steampunk sensibility that audiences are familiar with.

There’s also a historically based drama coming up, based on a nuclear accident little known outside of England. The story ties various events surrounding the accident with the deep history and folklore of the area, Cumbria. “Locals are blaming the stones rather than the fallout from the accident,” says Gregory. “The challenge from a production side is switching between the two periods.” Plans include mimicking radio reports from the 1950s to the story’s main events.

Beyond that, says Gregory, “Chris Beckett has promised to write an original audio drama for us as well.” And the new Emily Inkpen episodes should begin airing in August.

How to Listen to Alternative Stories and Fake Realities

Listeners can find Alternative Stories and Fake Realities on all the most common podcast streams. You can also get a full list of their sci-fi and climate fiction stories, or if you prefer, check out their folklore and fairytale episodes.

Chris Gregory is a writer, musician and audio technician from the UK. An “adequate” guitarist, struggling mandolinist and self-confessed “Thesaurus-Hugger”, Chris still feels capable of playing cricket for England and topping the UK album charts in the face of overwhelming evidence that neither is going to happen.

Michele has been writing and editing professionally since 1997. In 2017, she launched full-time into her own copywriting and editing business, serving marketing firms, service businesses, nonprofits, book publishers and consulting firms, as well as indie authors. She serves as Editor of the science fiction website Recursor.tv and The Fantasy Network News. Michele is also co-founder of Writing Well Creative Writing Workshop and a partner in Three Point Author Services.
@chippermuse
Previous Three Days Left to Support the Making of “Dragon Knight”
Next Blending SFF, Audio and Improv: Rusty Quill Podcast Network