In 2020, the COVID-19 pandemic shut down production on the fourth season of JourneyQuest, the hit Amazon Prime series produced by Zombie Orpheus Entertainment (aka ZOE). Suddenly a bunch of gamers and filmmakers were all out of work. And needing a creative outlet. Thus began the making of ULTIMATE DUNGEON SHOWDOWN: THE GAME. 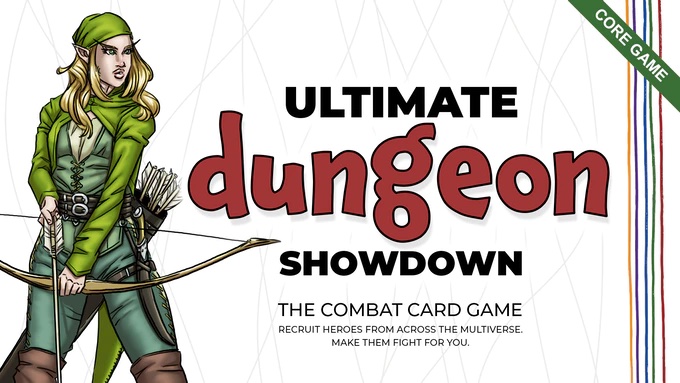 The group at ZOE started imagining how they would pit teams of characters from their TV shows and movies against each other for honor, glory, and the title of Ultimate Dungeon Champion.

They also knew that they had to produce an amazing campaign to help Zombie Orpheus recover from over a year without production.

That’s why the team at Zombie Orpheus Entertainment is thrilled to reveal ULTIMATE DUNGEON SHOWDOWN: THE GAME. It’s the closest you can get to the ZOE writer’s room without busting into Matt Vancil’s office and rearranging his scene board.

ULTIMATE DUNGEON SHOWDOWN: THE GAME is more than a card-based roleplaying game. The creators of The Gamers and JourneyQuest have leveled up the experience with dice, miniatures, maps, and a host of other add-ons to give tabletop gamers a series of exciting adventures they won’t soon forget. 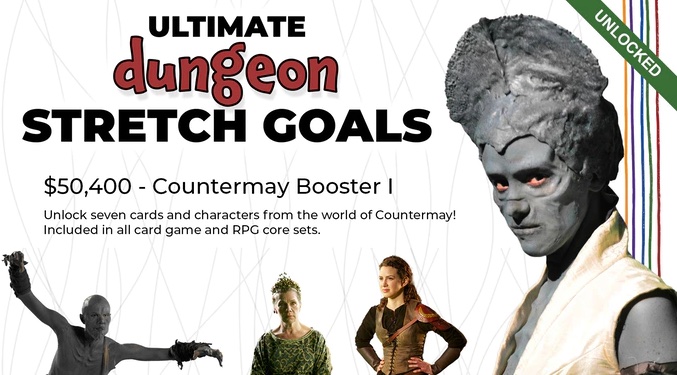 In addition to the streamlined, cinematic game mechanics, players may choose to play one-off party members from around the multiverse or to play their own Dungeoneers—full members of the Dungeoneering Guild who have recruited the rest of the party members from around the multiverse for a profitable adventure. Be careful, though, because if a recruited party member runs out of Resilience, they’re immediately sent back to their home universe. But if the Dungeoneer gets into trouble? Well, she’d better hope enough of the party remains to help get her out of it!

Whether it’s a single adventure or an ongoing campaign, party members from the multiverse may change with each session, but Dungeeoners will gain glory, level up, and build the reputation and wealth that they need to recruit stronger parties.

By supporting this Kickstarter campaign—which is already fully funded and moving on to its stretch goals—you are supporting indie creators and helping them do what they do best: entertaining you and your friends with unique, fun, gamer-based entertainment that you won’t find elsewhere.

View the Kickstarter details for ULTIMATE DUNGEON SHOWDOWN here… and jump in with your support by Friday, July 9.

Michele has been writing and editing professionally since 1997. In 2017, she launched full-time into her own copywriting and editing business, serving marketing firms, service businesses, nonprofits, book publishers and consulting firms, as well as indie authors. She serves as Editor of the science fiction website Recursor.tv and The Fantasy Network News. Michele is also co-founder of Writing Well Creative Writing Workshop and a partner in Three Point Author Services.
@chippermuse
Previous Outlawed Faith Comic Is Ready for Preorder
Next Hero Mode: Now Streaming