In a world where Reapers take souls and demons bargain with humans for their place among the food chain, a new descendent named Jael has emerged to stop Death’s plan to reset the world. That’s the premise of Paragon: The Shadow Wars, a new fantasy series featured on The Fantasy Network. Director, actor and producer Justin Price joined TFN News to talk about the making of this exciting series, including how they landed Danny Trejo in the cast.

TFN: For people who haven’t yet seen Paragon, what can they expect?

Paragon: The Shadow Wars is an exciting sci-fi adventure with lots of badass action, with Danny Trejo, Amin Joseph and a group of Reapers who are fighting for the last remaining pieces of the afterlife. It’s a journey around the world and beyond and a battle for control over what we know as reality. 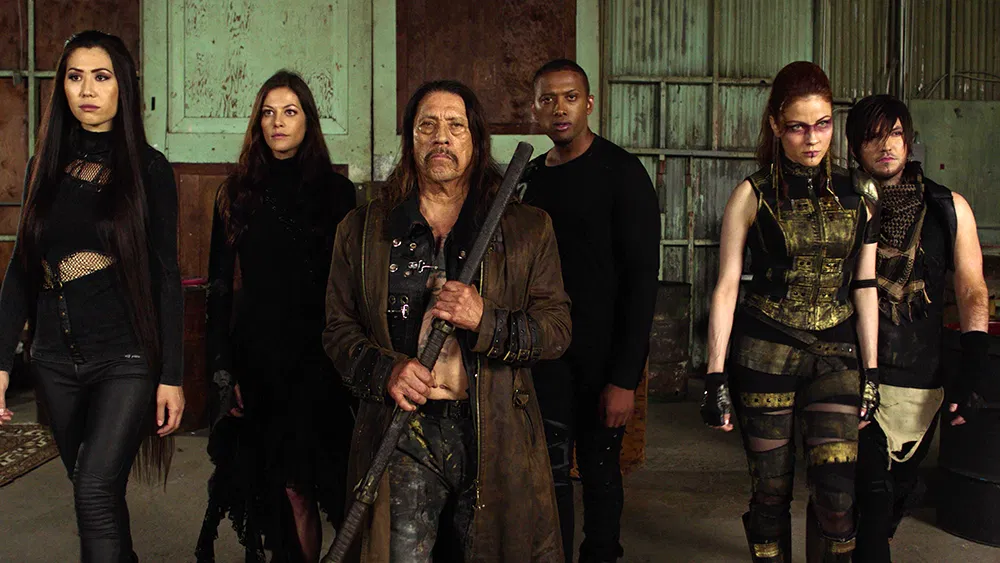 What was the inspiration for Paragon? Why tell a story that delves into questions of the afterlife?

JUSTIN: Death is something we all inevitably have to deal with. We’ve all speculated about it. What happens after we die? What if there was a way to reverse death? What would we be willing to sacrifice?

Now that sounds at first glance maybe a bit depressing, but I’ve always loved science fiction and big ideas. Creating such a fun and mystical world around these dark thoughts allowed me to really play with them and turn it into an exciting, action-packed story while dealing with the very real human emotion beneath it.

I went further to ask what would happen if the afterlife was actively participating in the present. What if it itself was divided and at war?

I came up with the concept a long time ago, and it has seen countless renditions and lives since. Some changes were being made even up until the last second of filming or even post-production. It was important for it to be a living project which allowed me to let locations and actors inspire me and add to what I had come up with in the comfort of my home.

How did the project come together?

I’ve always loved SciFi and coming up with universes that aren’t based on anything but my imagination. Most films nowadays are based on pre-existing IPs, which is great and I love so many of them, but I wanted to take that leap and risk and introduce people to a world they haven’t seen before.

Every project, especially one of this size, is a team effort. At the beginning, you only have your passion, your story and you need to find a select few talented peeps who are willing to trust and put their everything behind it even at the times when the outcome is not promised. And then you just go shoot by shoot and enjoy. Filming so much and under some extreme conditions has been an amazing boot camp that’s has taught us all so much. You truly start to develop a shorthand for problem-solving.

It’s cool to have an actor like Danny Trejo attached to this project. What did his presence provide in terms of the casting, performances, etc.?

Danny was an incredible blessing and joy to have on set. He was absolutely wonderful and a true professional, although he never made it feel like work when he was around and had never-ending energy. We were fortunate to have my script forwarded to him, and after a few nerve-wrecking days were so happy to hear that he loved it and was very excited to play the character of Kincaid.

It was so awesome to hear him say he never played a character like this before and was stoked to, and needless to say he absolutely killed it. It was an honor to direct him. His presence is undeniable and he is a very dedicated actor. 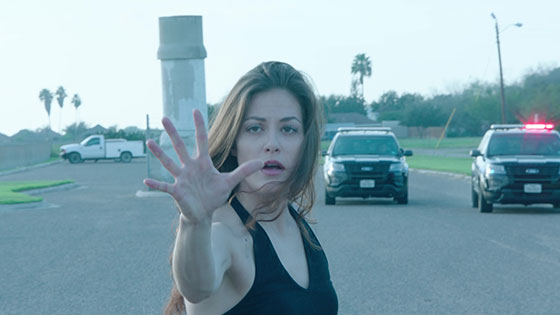 Making a series always involves creative juggling of the available budget. How did you pack the most punch with visual effects (VFX), costumes, etc.?

It definitely does. I’d say it’s important to surround yourself with talented and dedicated individuals who are always solution-oriented. You have to stay nimble in your approach to a scene or any obstacles in the way of it and keep good energy and a positive attitude. It’s a blessing to do what we do, and when you embrace the change as such and don’t stress about what you could consider an obstacle, you sometimes end up with magic you didn’t even think of before. It also keeps it fun because you never stop being innovative.

I’m big on costumes—it just really helps get across the vibe of the world and characters in it. So that is always a very difficult one to save on. We had some amazing pieces made by Scenesick Clothing that Danny is rocking, but also some self-made and designed outfits. We even made some last minute alterations to some of the clothing in between setups to really work and adjust them to light and scenery.

VFX are, of course, very important to sci-fi, so it is imperative that you find a talented visual effects artist you can trust, someone who is able to work within deadlines and be on the same page with you on the overall vision and look of the show.

What was the biggest challenge to filming, beyond budgeting?

Unfortunately, COVID-19 caused us quite a few hiccups and missed scenes as well as making it extremely difficult to get good post-production audio from the actors around the world. In general, taking on such a mammoth project can be straining on relationships and hard on egos because it requires a lot of stamina and belief to give 110% for two years straight. You just have to trust that you get there, keep working and not give up.

But it’s all the more rewarding in the end when it finally does pay off. So I guess it’s a necessary evil that should strengthen us rather than tear us apart.

What was the coolest or most unique moment of filming?

We’re all huge Danny Trejo fans, so him showing up on set and turning out to be such a joy and having a blast with our cast and crew was incredible. It was surreal to watch him perform and direct him in something I wrote and to hear him actually speak the words I imagined, and ask me questions about a character I imagined.

On top of that, we were able to travel the world filming this show. And there were so many great moments and discoveries and wonderful people we got to meet and work with.

Have you had a chance to connect with audiences over their reaction?

Yes, it’s been great to see all the responses and what everyone takes away from it. People have been very supportive and we’re super grateful for that. We would love to do a convention run when things open back up more.

Are there plans in the works to create a season two?

Never say never, and we had a couple of requests. But we are currently working on a film slate we’re really excited about so it might have to wait a little bit.

Our latest action thriller Wrong Place, Wrong Time is coming out on May 4th with Baby Monster Entertainment. And we have more films in the works, including one starring MMA fighters Tito Ortiz and Cris Cyborg set to film very soon that we’re very excited about.

Michele has been writing and editing professionally since 1997. In 2017, she launched full-time into her own copywriting and editing business, serving marketing firms, service businesses, nonprofits, book publishers and consulting firms, as well as indie authors. She serves as Editor of the science fiction website Recursor.tv and The Fantasy Network News. Michele is also co-founder of Writing Well Creative Writing Workshop and a partner in Three Point Author Services.
@chippermuse
Previous Art Sqool: An ExtraFilthy Casual Review
Next Taking VR to Another Level: Terms of Service by Craig Stanfill