Indie creator Jason Michael Primrose grew up loving books. After secretly writing books for years, Primrose decided to self-publish the one series that stuck with him since he first envisioned it as a second-grader. That story has grown into his latest project, Lost Children of Andromeda. His first novel in the series, Zosma, came out in 2018, and the next, Time and Salvation, comes out in May 2021. There are plans to develop the story through podcasting and more too.

Primrose shared what spurred his desire to create a superhero story that gives voice to the underrepresented, and his love for sci-fi and fantasy as a genre. Here’s what he had to stay. 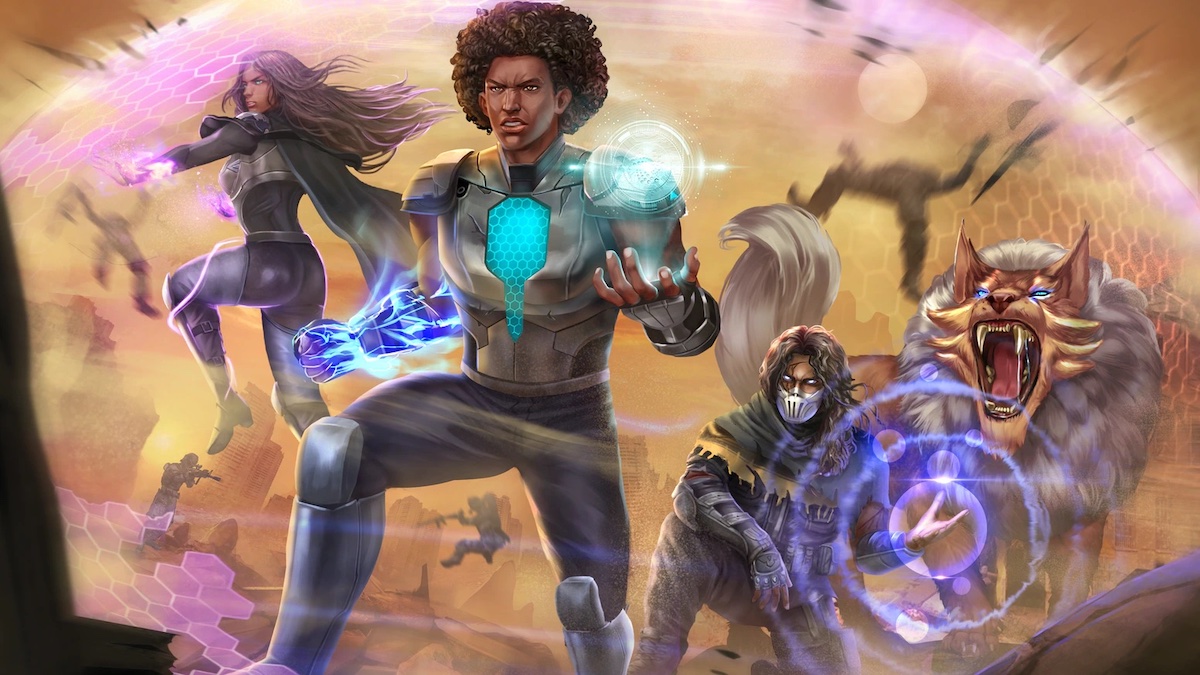 TFN: Are there specific sci-fi/fantasy stories or artists who have inspired you? What about their work speaks to you?

PRIMROSE: I grew up reading lots of different stories, but I tended toward fantasy—dragons and such. I was heavily influenced by the A Wrinkle in Time series, Chronicles of Narnia, and all things Marvel comics. I also read a ton of Goosebumps and R.L. Stine.

In my adult life, I became obsessed with Neil Gaiman and read all of his books in a row. Now, I’m getting into Tomi Adeyemi, N.K. Jemisin, and Octavia Butler, as well as reading the sci-fi classics.

What all of these works have in common are their expansive worlds, their nuanced perspectives, and how they tackle in prose some of the more abstract pieces of existence—pocket dimensions, time and space travel, super powers, Afro-futurism, mythology, and the projected future of humanity. I love it all.

What is it like to realize you’re getting to craft a story idea that is making its way into the world so many years after you first imagined it?

The ten-year-old me is SO excited, he can hardly believe that the future version of himself is holding a real book born of his wild imagination. It’s been surreal, but I am really starting to accept that this story was chosen for me, and I was chosen for the privilege of bringing it into the world.

What does this say about the need to nurture children to pursue creative arts?

Children pursuing the creative arts is definitely a place for us to look in terms of championship. Less about the perfection of it, more about the process and practice of it. The more creativity and art in the world, the more love and understanding, which feeds right into my mission, to keep children and adults connected to their imagination and their power so that they can create with courage.

For your book, why did you choose to go the indie route?

I’ve always had some resistance to authority, from childhood all the way to my professional career. I spent over half of my marketing career part-time or freelance because I wanted freedom. I chose freedom with my indie publishing because I wanted to learn the process of publishing books and writing, so that I could have agency in my path.

What advantages have you particularly felt as you’ve worked as an indie creator?

I spent a lot of time innovating in different industries—and that led me to build extensions around my book series like music and art. I didn’t want to wait to create an immersive customer experience and with traditional publishing, I’ve been told I need to simplify to exist in that space. I wanted to have fun and I wanted full IP ownership.

Another thing I found working independently was a deep sense of community, especially with BIPOC creators. We are all doing something very special and courageous, and there is a sense of unity there. We have a shared purpose to show others that it’s possible and to take a chance on yourself. Those are the big advantages! 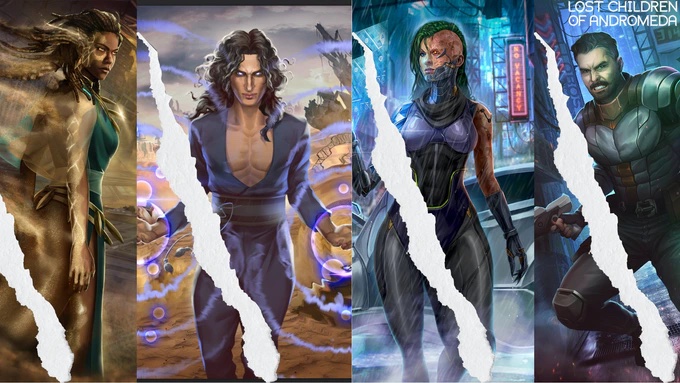 What about the challenges of it?

The challenges I’ve faced are reaching the audience that yearns for diversity in sci-fi, fantasy, and speculative fiction content. I’ve also struggled to keep going when I think no one is watching or cares.

Budget has always been a challenge as well. To pay to produce a novel of this scale (with art and music, let alone literature) is a huge undertaking that leaves little room for marketing. That’s why I’m thankful for platforms like The Fantasy Network, who champion independent creators and share our works with their audiences.

Funding projects as an indie creator of any kind is always a unique challenge. How have you tackled that?

I went straight to Kickstarter when it came to funding. My first one was a lot of dear friends and family, as well as some new supporters. But admittedly, it was my first book, and no one knew exactly what I was doing or what it would become.

That’s why I’d always say keep going. It’s become something beautiful, beyond me, and inclusive, a piece of work that people can really see themselves in, and it’s been beautiful to have that reflected.

I am now finishing my second campaign and super excited for the support of received from people looking forward to my work. The Kickstarter is being funded around the layered experience of a soundscape, literature, and visual art.

How has approaching sci-fi/fantasy storytelling from a diverse, inclusive perspective influenced the story you’ve decided to tell?

I think as an LGBTQIA person of color, diversity comes somewhat naturally, but I think the key for me here was to look at the diversity outside of myself as well. Diversity doesn’t stop at physical attributes or appearance. It can also include thought, our senses, and our genetic heritage, all of which play a huge role in 205Z.

How does this project ties into your work at The Cluster Chronicles, and a bit about that organization — goals, mission.

Great question! Lost Children of Andromeda, the book series/experience, is the first major property to come out the Cluster Chronicles, which I’m positioning as a media company that publishes literature, music, and art.

That being said, I have no intention of running a media company, so someone else absolutely needs to build out what the Cluster Chronicles becomes, which is a gateway for indie creators to fully realize their universes. I want to offer, grants, programs, resources, and access to underserved voices, while allowing them to maintain their IP.

What else are you working on? Will you be doing more podcasts?

There is so much on the way; I am really having a hard time keeping all of the secrets. There’s a comic book we’re developing.

And yes, more podcasts! We are currently sourcing separate funding for that, as it will be a full cast and score production. Both of those things are meant to roll out this summer!

How can people who love sci-fi/fantasy by indie creators support you?

You can pre-order 205Z: Time and Salvation on my website.

Michele has been writing and editing professionally since 1997. In 2017, she launched full-time into her own copywriting and editing business, serving marketing firms, service businesses, nonprofits, book publishers and consulting firms, as well as indie authors. She serves as Editor of the science fiction website Recursor.tv and The Fantasy Network News. Michele is also co-founder of Writing Well Creative Writing Workshop and a partner in Three Point Author Services.
@chippermuse
Previous Catch the Australian Sci-Fi Showcase Online April 3-4
Next Live Watch The Gamers: Dorkness Rising