A reserved young man healing from a break up is allured by a mysterious and intense woman who has only one interest — to steal his hoodie. 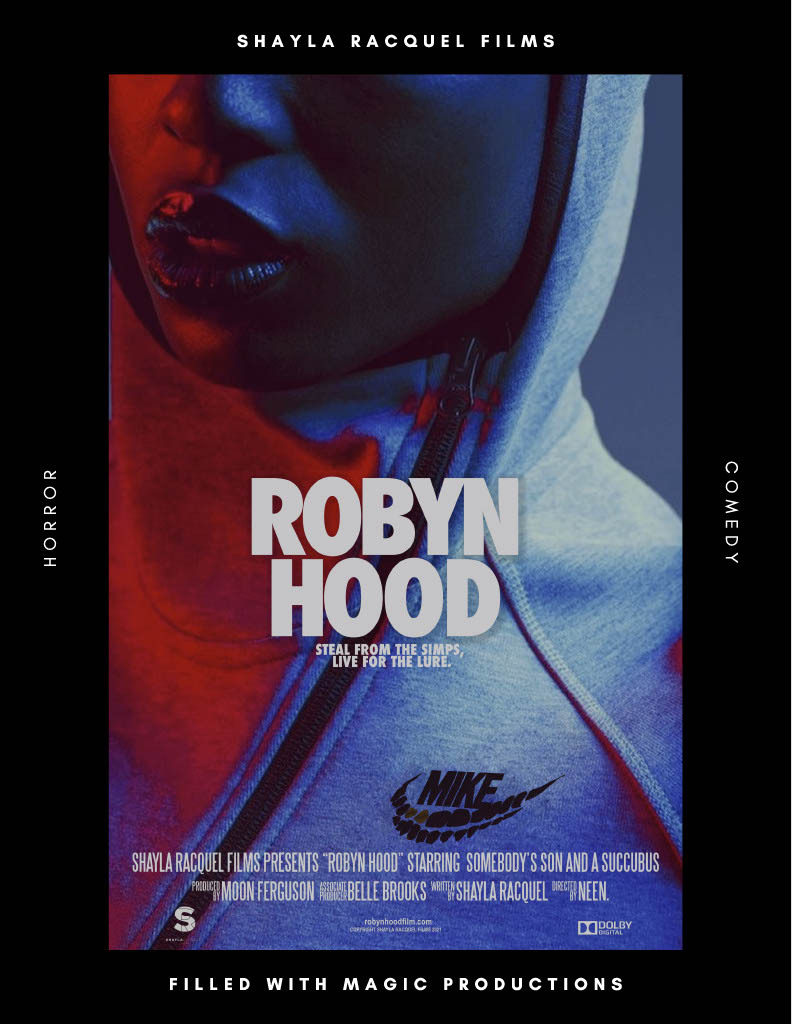 That’s the concept behind ROBYN HOOD, Moon Ferguson’s new horror comedy series in the works. If that name sounds familiar, it’s because Ferguson is the maker of the super popular series JuJu on The Fantasy Network.

The pilot for ROBYN HOOD follows Qaseem, a quintessential Black millennial who recently experienced a break-up. He meets up with his friends at a sophisticated lounge and is captivated and instantly allured by Robyn, a wine connoisseur and soul collector.

After inviting her to his home for a little rendevous, the night quickly takes a chilling turn when Robyn’s “cold-nature” unearths and she takes one of his hoodies without his permission.

A fresh, modern take on the succubus folklore merged with an inside joke in Black culture, ROBYN HOOD is a fun and frightful horror-comedy series detailing the saga of a sensual and alluring Robyn, a dame who finds comfort in stealing men’s hoodies for something more sinister.

Right now, ROBYN HOOD is in the funding stages, and you can join in by supporting the series on its GoFundMe page.

Michele has been writing and editing professionally since 1997. In 2017, she launched full-time into her own copywriting and editing business, serving marketing firms, service businesses, nonprofits, book publishers and consulting firms, as well as indie authors. She serves as Editor of the science fiction website Recursor.tv and The Fantasy Network News. Michele is also co-founder of Writing Well Creative Writing Workshop and co-founder of Two Birds Author Services.
@chippermuse
Previous Sheer SFF Poetry: The Sci-Fi Haiku of Marcus Vance
Next Catch the Australian Sci-Fi Showcase Online April 3-4