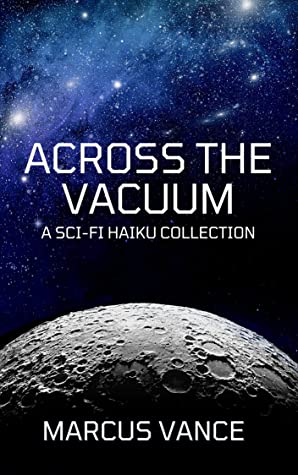 If high school was the last time you thought about poetry, you’re missing out on getting your sci-fi fix in short, potent shots — and you should think again about that. The taut, streamlined sci-fi haiku of author Marcus Vance, along with this SFF flash fiction and other short works, are worth checking out. His new haiku collection, Across the Vacuum, explores themes of fear, loneliness, and respect for the cosmos, with some essential human humor mixed in along the way.

Sci-fi fans, and authors, are nothing if not passionate about looking at the world in new ways, so it’s not exactly surprising that poetry would attract genre writers. “It’s one of those things that seems incredibly niche, yet there is a Science Fiction Poetry Association with a number of awards. The Submission Grinder counts 39 paying markets for poetry,” notes Vance. “I’ve dabbled in haiku for a while.”

Vance’s first exposure to sci-fi themed haiku came when he stumbled across a ‘scifaiku’ journal printed by the same small press that published one of his stories. “I decided to give it a shot,” he says. It wasn’t long until he was hooked. His poems have been published in places like The Haiku Journal and Star*Line.

Why haiku? Vance says he enjoys the challenge of blending the notoriously short form with the big picture imagery of sci-fi.

“Haiku are about capturing moments of time,” he says of the mindset needed to write his sci-fi poetry. “One tool they use is the ‘kigo,’ a seasonal reference. If I mention yellow leaves… Boom! You know exactly what season the poem is supposed to capture. When telling a sci-fi poem, I find that it’s useful to find a known sci-fi concept as an anchor. I don’t go into how a faster-than-light jump drive works, but the concept of ‘jump’ will click with many science fiction fans and conjure images of Star Wars or Star Trek.” 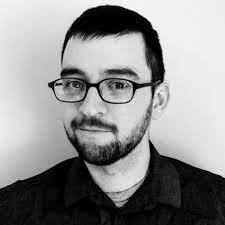 If you haven’t heard of Vance before, you need to check out his Twitter feed, where he often muses on how to depict weapons in sci-fi and fantasy settings — another strong interest of his. He’s served as an advisor on several television scripts (though not sci-fi ones), giving advice on weapons accuracy and fight scenes.

“I find that many writers (text and screen) don’t take armor into consideration enough,” says Vance. “What people get right is imagining cool new sci-fi weapons or ways to weaponize magic. There’s a cool new concept every year.”

One of his favorite examples of SFF weaponry that’s cool and inventive is the military rifle from Scalzi’s Old Man’s War. “It’s been a while since I read it, but the ammunition was a box of nano-machines, I believe,” Vance says. “The soldier could link up with the weapon and make it fire any sort of projectile that was needed. A bullet, shotgun spread, rocket, or more. Essentially the Lawbringer from Judge Dredd, but explained.”

Be sure to connect with Vance on Twitter — @MarcusCVance. He also blogs occasionally on his website. And you can pick up a copy of Vance’s haiku collection Across the Vacuum on Amazon.

Michele has been writing and editing professionally since 1997. In 2017, she launched full-time into her own copywriting and editing business, serving marketing firms, service businesses, nonprofits, book publishers and consulting firms, as well as indie authors. She serves as Editor of the science fiction website Recursor.tv and The Fantasy Network News. Michele is also co-founder of Writing Well Creative Writing Workshop and a partner in Three Point Author Services.
@chippermuse
Previous Cognition Starring Andrew Scott and Jeremy Irvine now on VOD
Next The Succubus Myth Revisited: Moon Ferguson’s Robyn Hood