Paragon: The Shadow Wars, with Danny Trejo, Premieres on TFN

Buckle up! Paragon: The Shadow Wars, the sci-fi/adventure TV series starring Danny Trejo, Franziska Schissler and Justin Price premieres today on The Fantasy Network. And you will not want to miss this action-packed entertainment. 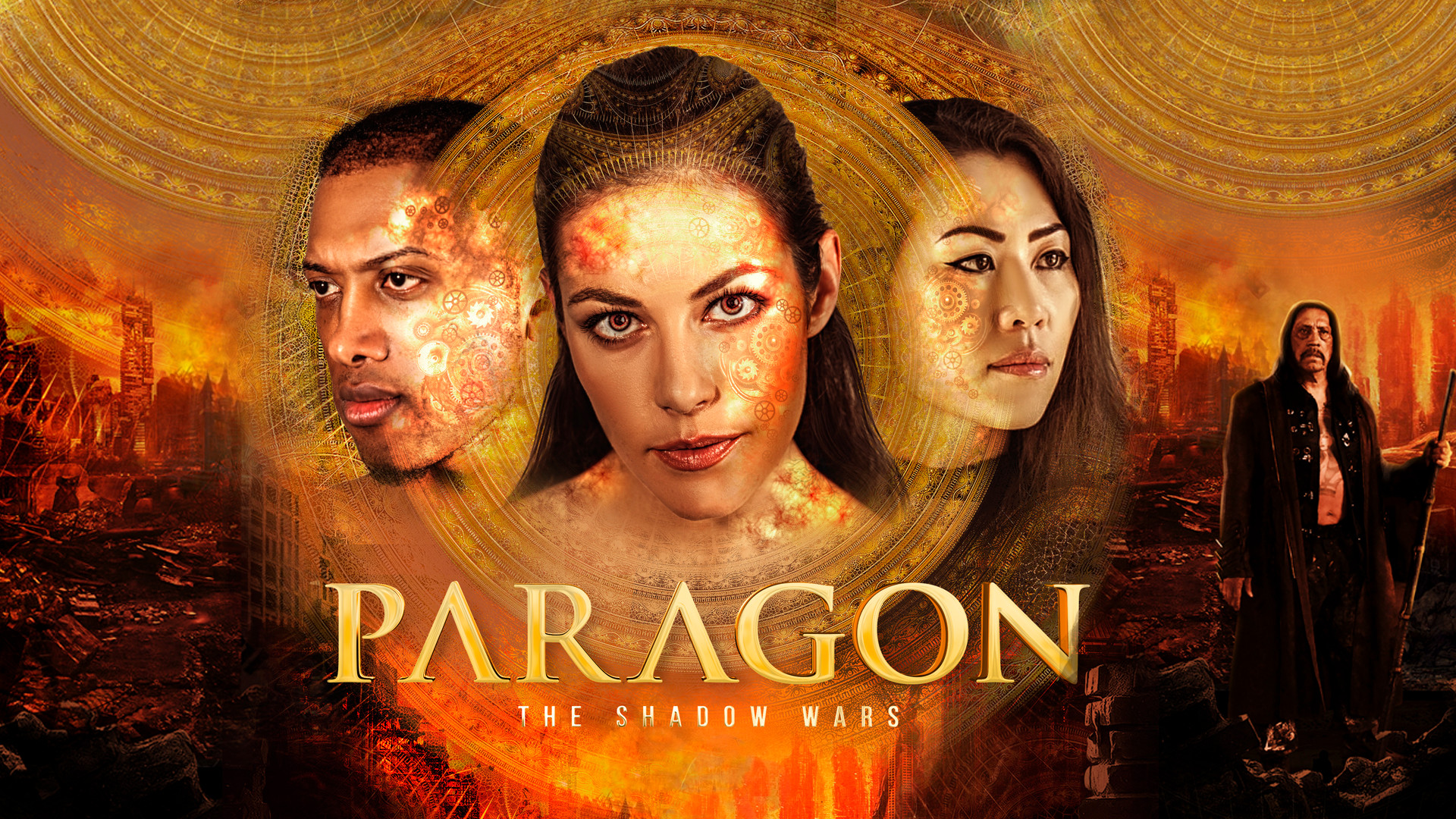 In a world where Reapers take souls and demons bargain with humans for their place among the food chain, a new descendent named Jael has emerged to stop Death’s plan to reset the world. What ensues is a wildly exciting adventure around the globe and beyond and a relentless fight against the evil forces to preserve what’s left of our humanity. Fans Supernatural and The Walking Dead are sure to gravitate toward the show’s life-and-death stakes in an unabashedly SFF genre setting.

The cast is stellar. Trejo, known for films such as The Fixer, Machete, and From Dusk Til Dawn, is joined by fellow actors Amin Joseph (Snowfall, Stuber, Stock Option), and Dilan Gwyn (Beyond, Dracula Untold, Da Vinci’s Demons)

“It’s been such an amazing journey bringing this mystical world to life,” explains series creator, Justin Price. “I feel very blessed to have been able to film and travel over the world and take in aspects of each country and culture and have them feed into the storytelling. I had dreamt of visiting some of these spots since I was a kid. We got to shoot in the US, Germany, Cambodia, Japan and Iceland, and it was one great adventure. So grateful to have a legend like Danny [Trejo] on board, who was an absolute pleasure to work with.”

Check out Paragon: The Shadow Wars now on TFN.

Michele has been writing and editing professionally since 1997. In 2017, she launched full-time into her own copywriting and editing business, serving marketing firms, service businesses, nonprofits, book publishers and consulting firms, as well as indie authors. She serves as Editor of the science fiction website Recursor.tv and The Fantasy Network News. Michele is also co-founder of Writing Well Creative Writing Workshop and a partner in Three Point Author Services.
@chippermuse
Previous New Strowlers Stories: Join the Live Event
Next Filming on a Deadline: The Making of The Swordswoman