What do you get when you blend a well-known character of Biblical proportions with a mysterious myth that still captivates people today, and add in a touch of inspiration from J.R.R. Tolkien? If you’re comic creator Philip Kosloski, you get an imaginative new story, Jonah’s Voyage to Atlantis — which tells a version of Jonah’s tale that is superbly inventive. 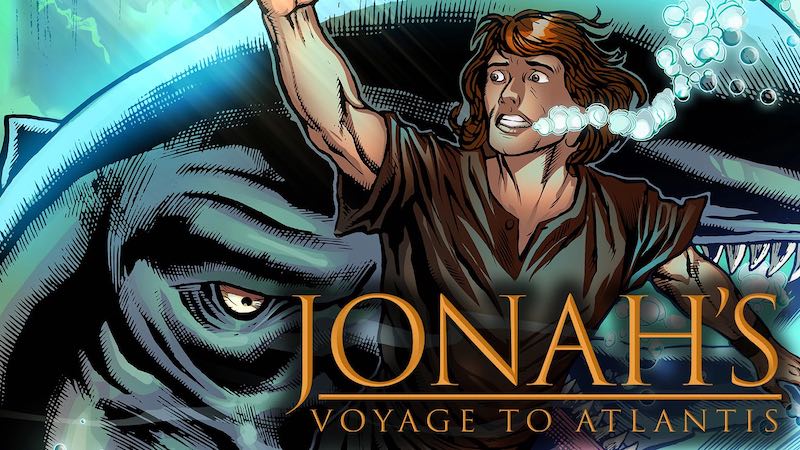 In drawing on the Bible, Philip Kosloski certainly is not alone. There are many Bible-based stories out there. Most of the time, they are direct re-creations of actual Biblical stories. Others are “parallel” biblical stories, tales that are self-contained in their own world. And of course, some stories have major symbolism drawn from biblical teachings or general morals, such as Chronicles of Narnia or Lord of the Rings — the former being a little more on the nose with some symbolism, while the latter is less obvious. Yet they are both icons in fantasy writing.

The fact is that for years, the Bible has influenced many writers in their fiction, whether specifically or loosely. Our interview with Philip sheds light on what it was like to create a comic book inspired by, but not strictly retelling, the story of Jonah from the Bible.

This story has a very interesting twist where we get to see, in great detail, what happened to Jonah after he was swallowed by the whale, or large fish. As you’ll see, Philip was greatly inspired by J.R.R. Tolkien’s translation of the Book of Jonah. The depiction of Atlantis being an actual city amongst biblical times is an interesting twist to the traditional tale.

TFN: How did you get into comic creation? What is your specific involvement in this specific comic?

PHILIP: I was intrigued by the idea of telling a visual story, rather than a long novel. I saw comics as a great way to reach a wide audience, as they are easy to pick up. I also wanted to see my stories brought to life in a unique way through beautiful artwork. For this and all of my other comics, I write the script, but I also direct the artists to ensure the artwork effectively conveys the story.

What sparked this idea? What was your inspiration?

Jonah’s Voyage to Atlantis is an idea I had for a few years. I was intrigued by the fact that J.R.R. Tolkien translated the Book of Jonah in the Bible. Furthermore, there was a particular passage that caught my imagination. Jonah prays in the belly of the whale, and the words used by Tolkien are different than any other Bible. 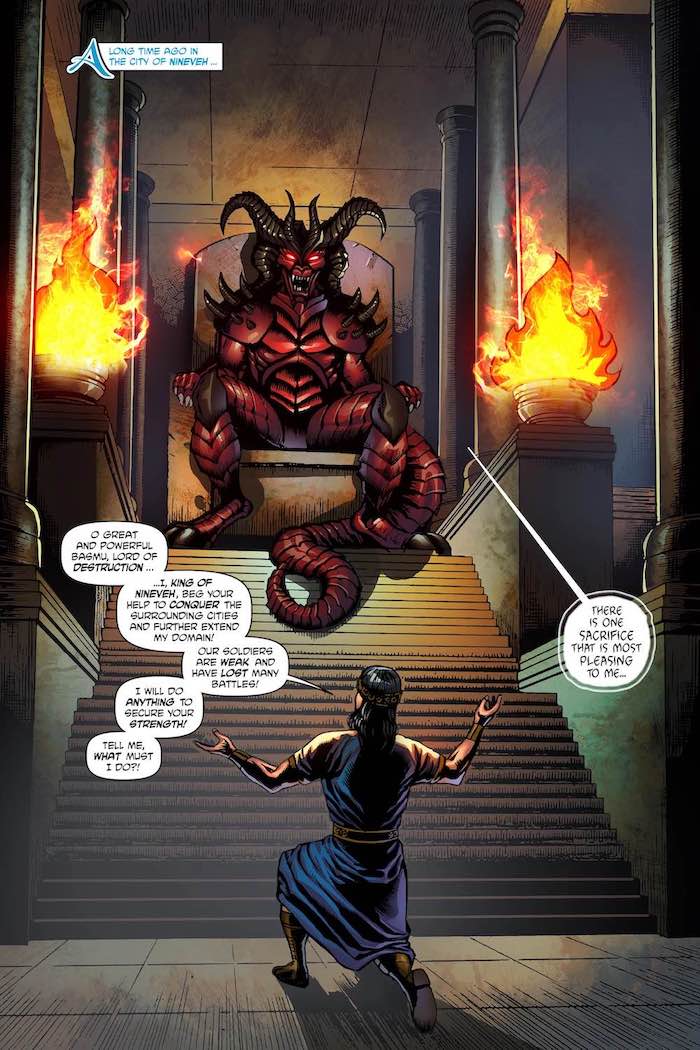 “The waters surrounded me right to my throat, the abyss was all around me.

The seaweed was wrapped around my head at the roots of the mountains.

I went down into the countries underneath the earth, to the peoples of the past.”

After some research, this corresponds to an ancient Hebrew story of Jonah traveling to the underworld (“the peoples of the past”). While not directly related, Tolkien had a similar passage in The Lord of the Rings. When Gollum sees the Misty Mountains for the first time, he says, “It would be cool and shady under those mountains. The Sun could not watch me there. The roots of those mountains must be roots indeed; there must be great secrets buried there which have not been discovered since the beginning.”

The last bit of inspiration was that Tolkien had a lifelong fascination with the myths of Atlantis, weaving it into his own legendarium.

So I thought it would be a perfect combination to roll all of these ideas into one and create a visual story of Jonah going to “Atlantis.”

We raised around $15,000 on Kickstarter for this project.

What was the most enjoyable/rewarding part of making this comic?

I really enjoyed exploring this biblical story in a creative way. You could say I wrote it similar to Darren Aronofsky’s Noah comic and movie adaptation (with Russell Crowe). The Bible story was the base, and then I filled in the blanks.

Were there any challenges along the way in making this comic?

It was one of our biggest projects and longest comics so far. It took the artists several months to complete it and was the longest production time of any of our comics.

What is the most rewarding part about making this particular comic?

I really enjoyed seeing how the artists depicted my scene descriptions. You always have something in your mind that you think about, but then it turns out to be something even better when realized in artwork.

What advice would you give to writers/creators going into comic books?

Besides writing several drafts of comics, seek out other comic book writers who can give you honest feedback. You may think you have a great idea, but a good editor will be able to tell you if it is, or help you form it into something great.

Do you have any pet peeves in writing/comic creation?

For me, writing is very natural, but sometimes it can be difficult to extend the story into a specific number of pages. You need to do this for the sake of meeting printer guidelines, and so sometimes you need to find creative ways to either reduce or increase page numbers.

What other artists/writers are you inspired by?

J.R.R. Tolkien is by far my greatest inspiration and whom I turn to when I need reassurance to keep on writing.

Do you have any advice on how to create a fanbase?

Creating a fanbase for your material is one of the most difficult parts of creating content on your own. My best advice is to be specific about your fanbase and create content for them in mind. You don’t want to cast your net too big and try to please everyone, because you won’t! Once you understand whom you are creating for, it is easier to do everything else.

How are you set up so fans can get involved in future projects and help grow your community as it relates to your content?

Signing up for our newsletter is the easiest way to stay in touch about future projects. Check us out online.

Justin Moe is the lead host of The Fantasy News Video Segments as part of TFN. He is a director, producer, and actor in the MD/DC/VA area, having worked in both film production and theatre for 14 years. A story-teller at heart, he has produced and directed several independent projects, as well as helped support others with his cinematography and video editing skills to get them over the goal line.
Previous Amazing Stories and the History of Science Fiction
Next Saving Throw to Benefit The Trevor Project with Charity Marathon