Amazing Stories and the History of Science Fiction

Science fiction’s rich tradition in the short story realm is something that can’t be argued. Over the years, countless well-known, best-selling sci-fi authors have gotten their start with publications in pulp magazines like Amazing Stories. First published in March-April 1926, Amazing Stories was the first magazine dedicated fully to science fiction—making it a pioneer for magazines like Analog (1930) and The Magazine of Fantasy and Science Fiction (1949).

Over the years, Amazing Stories has had its ups and downs, but it has kept finding new life. Today, the magazine is helmed by publisher Steve Davidson, whose love for classic and modern sci-fi is clearly evident in the ongoing publications of Amazing Stories. 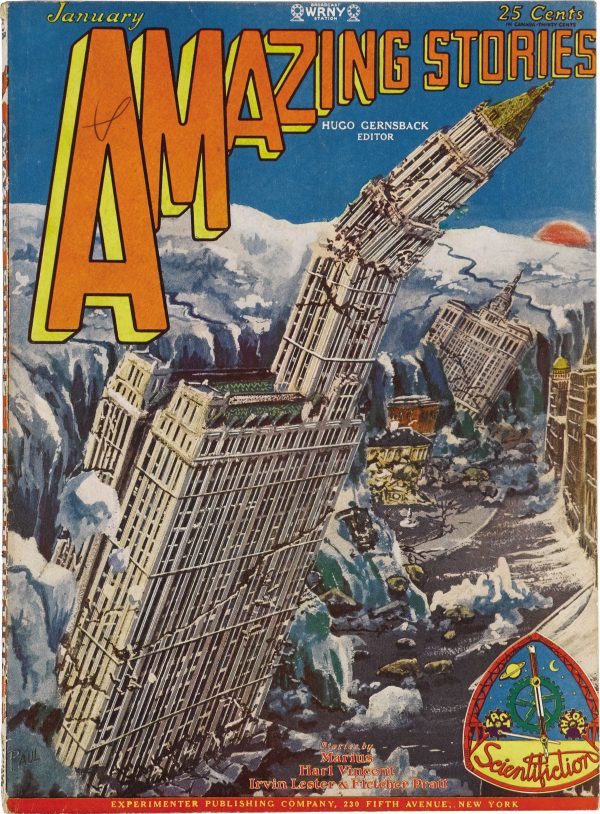 Amazing Stories was created by Hugo Gernsback (the Hugo Awards were named in his honor). “Hugo had always been fascinated by tales of future technologies, and he believed that popularizing engagement with science and technology would lead to a better world,” explains Davidson. “Gernsback identified the genre (he called it “scientifiction”) and gave it a definition—’a charming romance interwoven with scientific fact and prophetic vision.’ The magazine’s letter column also gave birth to science fiction fandom. Amazing Stories went on to inspire many of the storied names in this genre—Asimov, Clarke, Bradbury, and C.L. Moore among them.”

Davidson’s own involvement with the magazine began in the late 1960s-early ‘70s, when he discovered the magazine and fell in love with its stories. He stayed connected to its evolution, and eventually got the rights to the name when its owner at the time dropped the trademark registration.

The first issue under the Davidson era came out in 2018, and made its debut at the 2018 Worldcon in San Jose. “I wanted to bring the magazine back out,” he says. “It’s a foundational publication in the field. I acquired several backers, who then withdrew owing to the economic downturn in 2008, leaving me to find a way to bootstrap a version of my initial plans. This is largely where we are at the present.”

In addition to putting out magazine issues in print and digitally, Amazing Stories works with a licensing partner, Futures Past Editions, to publish annual anthologies, classic novels, and facsimile editions of older issues of the magazine. “I think it’s a foundational thing: Science fiction isn’t the same unless Amazing Stories is around,” says Davidson. 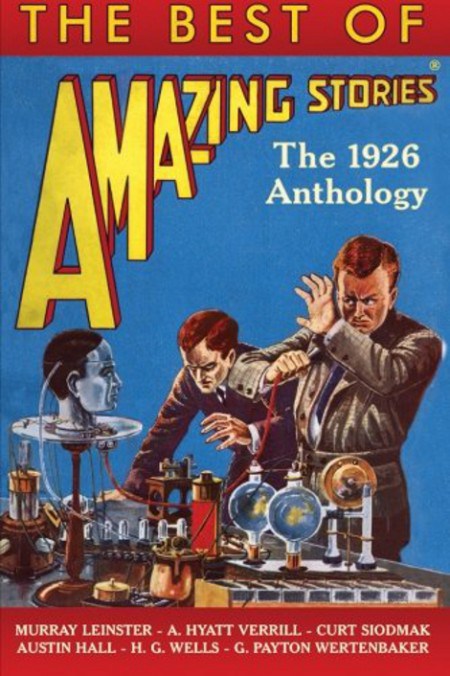 His passion about continuing the magazine is rooted in part in a commitment to ensuring that great written sci-fi stories are available to fans, especially in an age when he sees true sci-fi being diluted by commercial efforts to capitalize on the genre in what are all too often, as he puts it, “meaningless, cookie-cutter expressions of the art form.”

“Science fiction started as literature,” Davidson says. “All of its expressions rely on the written word to come into being, yet I feel the literature itself has largely been relegated to second-class citizen status.”

That said, today’s science fiction has its benefits and positives too. “I think the thing that best exemplifies science fiction in the current era is the expansion of the voices that are being heard from. Science fiction is about exploring new terrain, and I can’t think of a better way to do that than to start with a background that most readers are unfamiliar with.”

Beyond the magazine, Davidson organized a convention, AmazingCon, which was held online in 2020. “We had over 200 attendees, and everyone says they had a good time,” he notes. “We’re working on the next one, but I recently made the decision to hold off on confirming the date.”

Michele has been writing and editing professionally since 1997. In 2017, she launched full-time into her own copywriting and editing business, serving marketing firms, service businesses, nonprofits, book publishers and consulting firms, as well as indie authors. She serves as Editor of the science fiction website Recursor.tv and The Fantasy Network News. Michele is also co-founder of Writing Well Creative Writing Workshop and a partner in Three Point Author Services.
@chippermuse
Previous Aliens, Superpowers, and More in Agent II: Revelation
Next Reimagining a Traditional Biblical Story: Jonah’s Voyage to Atlantis