A man seeks his destiny in the past, present and future—in the award-winning indie sci-fi film Twenty Twenty by actor, director and producer Dave Sweeney. 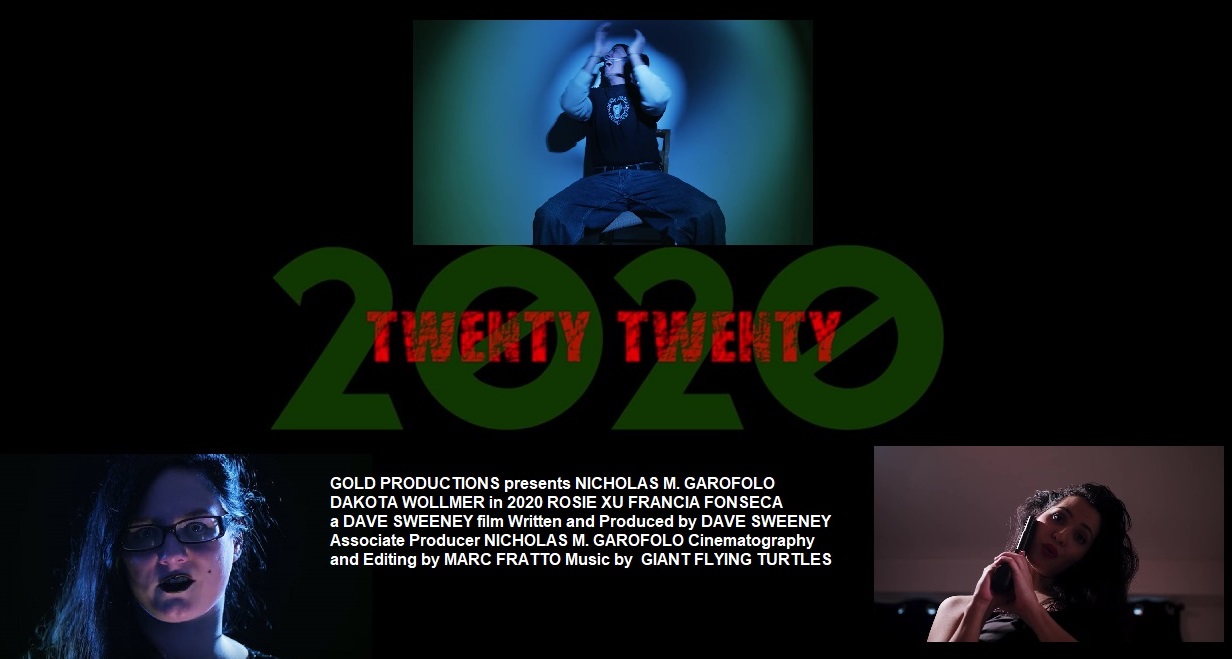 Awarded “Best Psychedelic Fantasy Short Film” at the Retro Avant Garde Film Festival NYC, Twenty Twenty is the story of Dave Slade—a man who faces a myriad of struggles as he tries to figure out what’s real, unreal and surreal in his world. Slade encounters the threatening presence of Terranova, a huge woman who claims she’s from the future, and he has ensuing nightmares that illuminate this dilemma that she presents to him. Will he discover his destiny or be forever mired in his confusion?

Sweeney’s vision for his film began as ten-minute play 2020 which he wrote in the mid-1990s, and that became the basis for his short feature. “I wanted to get it done by 2020,” Sweeney says, “and I finally filmed it in November 2019!”

Inspired to a degree by films like David Lynch’s Lost Highway, Sweeney says the story just came to him one day.

“This guy is sitting on a bench in the present, and this character from 2020 confronts him,” he says of the story idea that grabbed him. “This traveler from the future knows the guy on the bench has become a big force, sort of like Terminator, and they come to snuff him out so he/she won’t have an impact in 2020.”

As with all indie films, Twenty Twenty faced the challenge of figuring out how to make the best film possible on a tight budget. Sweeney funded the project personally. Troma (an American independent film production and distribution company) showed an interest and took Twenty Twenty on for a year deal, and Sweeney is looking forward to seeing it get more exposure.

In the meantime, check out the official trailer below.

Michele has been writing and editing professionally since 1997. In 2017, she launched full-time into her own copywriting and editing business, serving marketing firms, service businesses, nonprofits, book publishers and consulting firms, as well as indie authors. She serves as Editor of the science fiction website Recursor.tv and The Fantasy Network News. Michele is also co-founder of Writing Well Creative Writing Workshop and a partner in Three Point Author Services.
@chippermuse
Previous Comedy and Holiday Magic in “A Christmas Cancellation”
Next These Robots Love You