Love a good sci-fi film, especially if it’s indie? Then you might want to check out Satori [Awakening].

In this blend of sci-fi, action and adventure set in a near-future earth, humans attempt to harness the power of artificial intelligence to reverse the climate crisis. In completing its task relentlessly, the AI spirals out of our control, covering the planet in a dense rainforest-like jungle that leaves next to no trace of the human civilization that came before it.

(You can watch Satori [Awakening] here.) 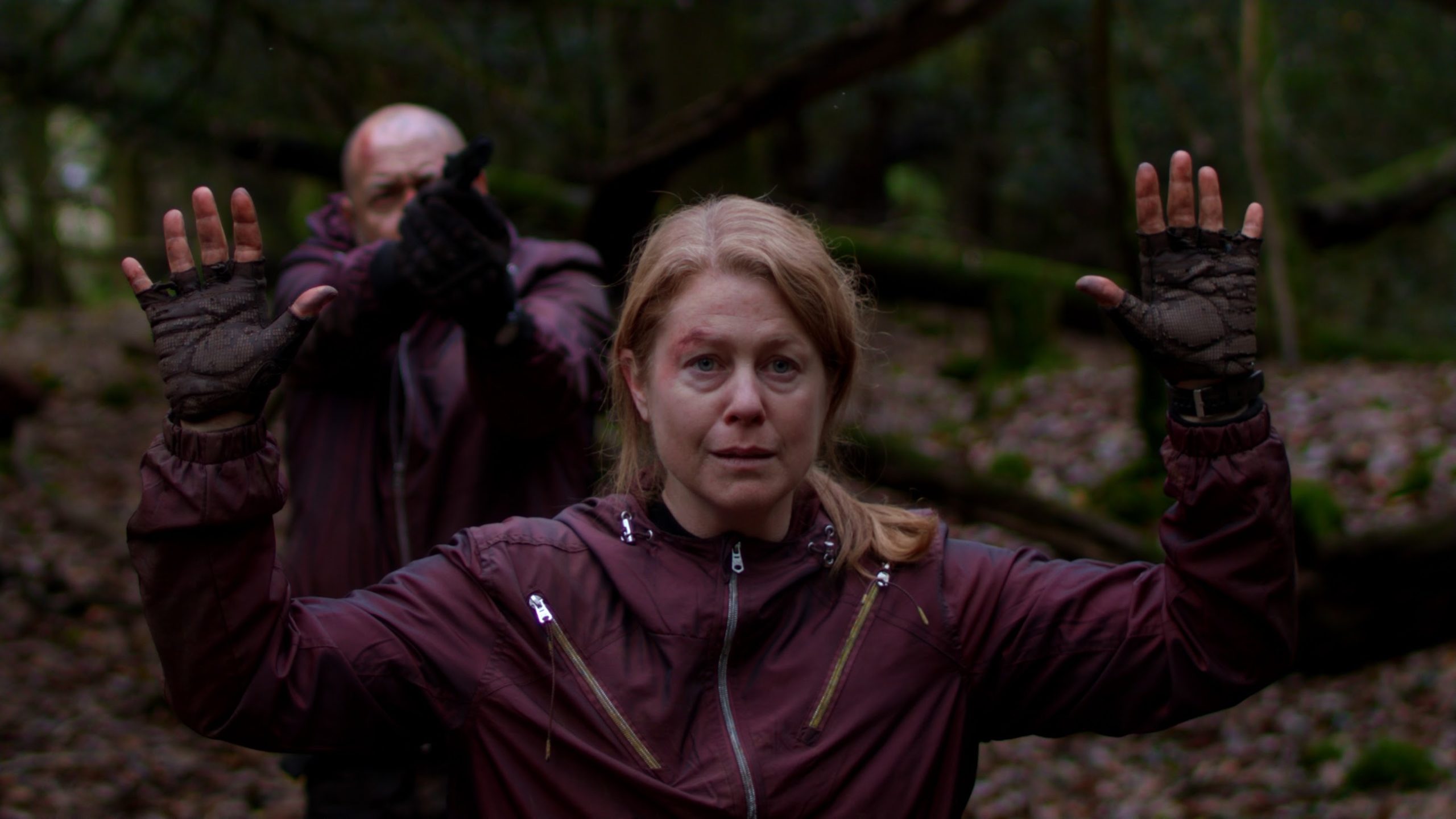 We chatted with the film’s creator, Adam Batchelor, about the process of making Satori.

What inspired the story behind Satori [Awakening]?

I think the future of our planet is a common concern for the majority of us now. With the lack of real systemic change, it gets easier to imagine how drastically different the world could be for each generation after us.

With more and more unpredictable global natural events forcing us to sit up and listen, I started to consider when our mental ‘tipping point’ or ‘awakening’ might be. If we aren’t listening to science today, what is going to force us to change? And what last minute drastic measures might we take if the environmental damage directly impacts our comfortable convenience culture? 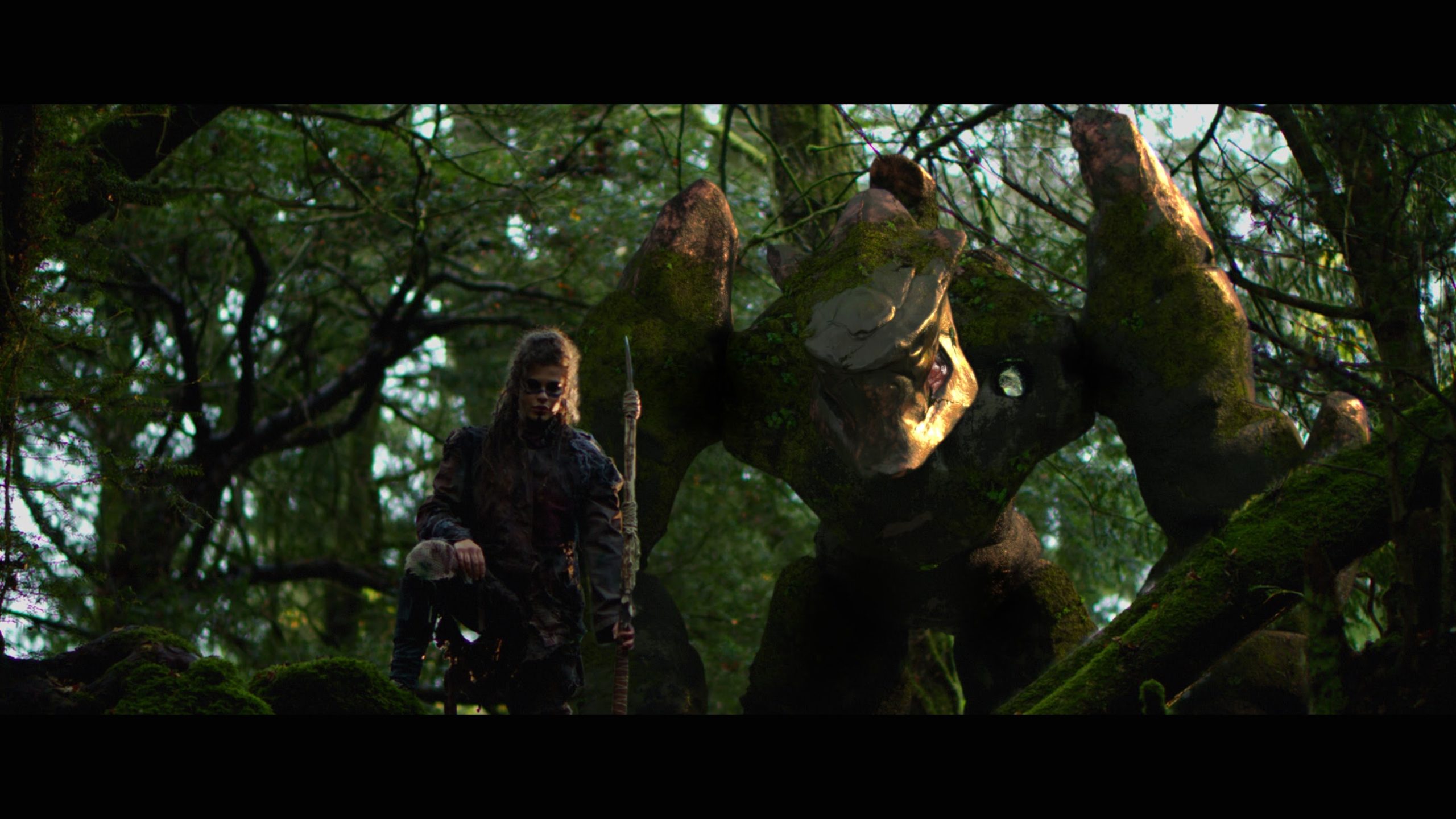 As with most thoughts and observations, my mind quickly morphed into a sci-fi scene! I imagined Mother Nature fighting back and something triggering an unstoppable plant life growth that covered the earth quickly and left us fighting for survival, while the world in fact began to heal.

I feel like recent global events are constant reminders that we are not in charge here – 2020 has been a weird one to say the least!

You worked with HaZ Dulull on his films before he executive-produced yours. How did what you learned on those sets inform your approach to Satori?

I learned so many lessons working with HaZ on two of his short films and then his first feature film, The Beyond.

One of the most important takeaways was to not limit yourself when writing. Write the idea that’s in your head without thinking of a budget and VFX. Once it’s written, it can be adapted, but the core story you want to tell can be made if you’re smart about it. I’ve loved and lost so many good ideas over the years to the practicalities. But he taught me that there’s always a way.

Unsurprisingly, I also gained a good idea of what makes a VFX shot relatively straightforward or very complex. How different ways of filming, certain types of camera movements or obstructions within the frame can make VFX work much harder. Especially when working with a tiny budget. 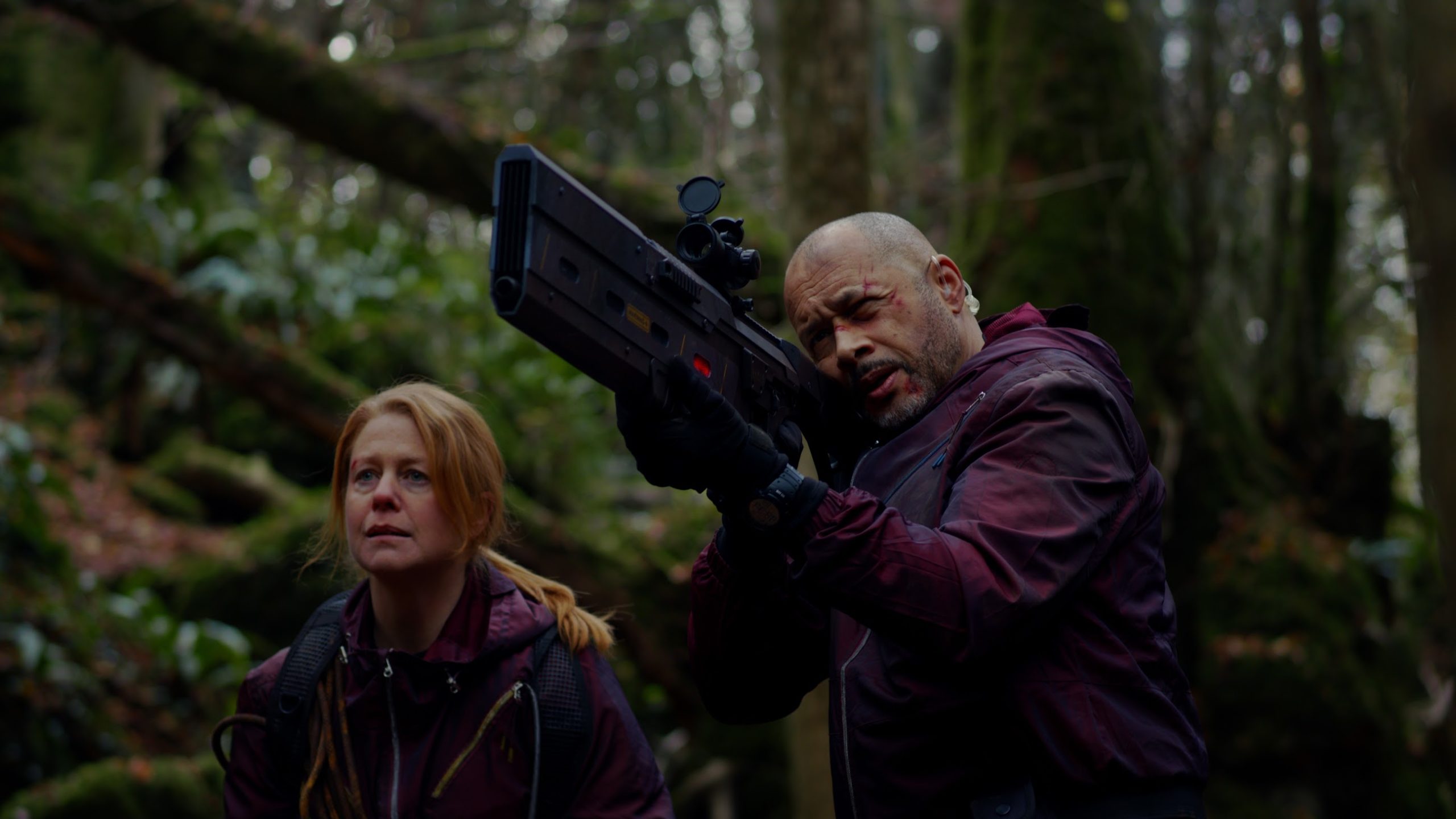 Another tip he gave me was if you have a CG asset made, make the most of it. I could only afford to render the ‘organic mech’ creature once for the shot at the end. That same render with the same movement is used every time you get a glimpse of it throughout the film.

I also learned how to not limit myself by only using what was filmed on the day. With this in mind, I increased the perceived scope and scale of the film by manipulating stock footage (the jungle flyover shot). I also used shots captured with my phone on holiday (birds eye view of the jungle from a cable car) and used footage from location scouts (shots looking up at the sky when the ship is crashing).

You’ve specifically done cinematography in the past. Does that gives you a certain advantage when approaching your screenwriting and directing?

I really believe so, yes.

In the writing stage, it helped me keep the process firmly connected to the cinematic visual medium it would progress to. As I am directing, I also tend to put a lot more camera and shot description into the screenplay than normal. It helps me to remember my original shot ideas later in the process. I can either stick with them, alter or change them as the realities of production start creeping in. But it’s important they don’t get forgotten! 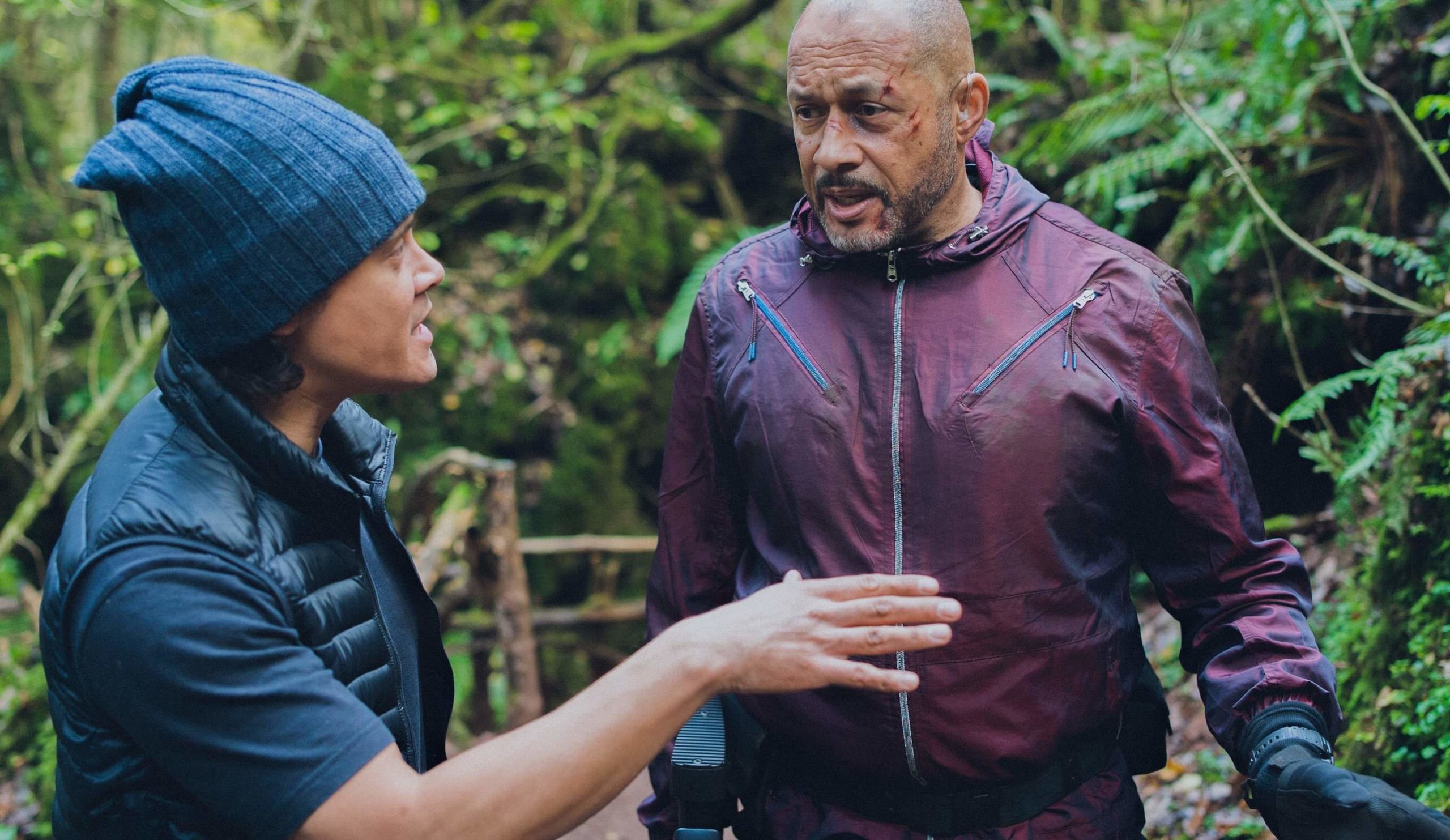 When directing, it has given me a better visual vocabulary to realize a story on screen. I feel I’ve got a deeper cinematic consideration for the overall look, color and shape of everything that will be in the frame and how all of those things can help drive the narrative.

I’ve absolutely loved that process and am excited to keep learning more in this area.

What was the most challenging part of making Satori? How did you tackle that challenge?

The shoot was definitely the most challenging part. I had two days to capture everything. With limited daylight in the depth of winter, we had to be really efficient. If something went wrong or something took longer than planned, sacrifices needed to be made.

I found myself editing the script and removing chunks whilst shooting. And making tough decisions on things that could be cut, while still having enough in there to tell the story. Things like time-consuming camera moves, insert shots and an action scene got scrapped on the day.

The focus shifted to getting good coverage of the core story arc. I’ll have to geek out on the cool shots I had in mind on the next project!

Balancing cool VFX with solid storytelling is something any good sci-fi creator needs to wrap their head around. How did you approach that?

I used the Jaws approach. I love the story of how the animatronic shark didn’t work, so they used the bobbing barrels to build suspense. The decision was made due to a limitation but it made the film so much better. 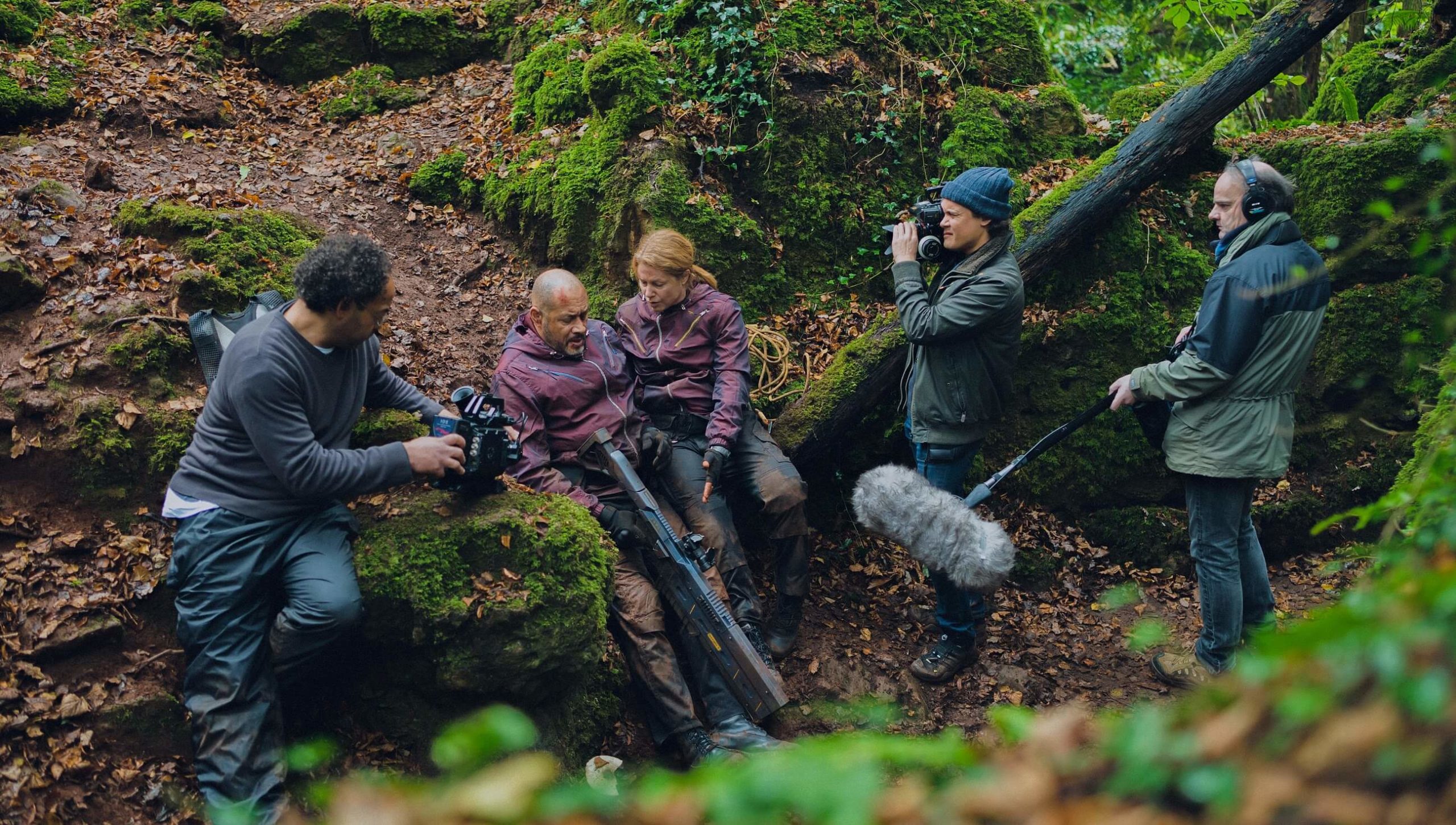 I used the same plan to build the external threat in the viewers mind with tiny glimpses of the ‘organic mech’ creature and good use of sound design. This also played well for my budget limitations as mentioned before.

At the heart of it—you should never lose sight of the human story and get carried away with the possibilities of VFX. (For more on the VFX, check out Adam’s breakdown reel.)

There are interesting dynamics between the female and male roles in this film. What inspired that?

I love classic sci-fi female heroines. But it does sometimes frustrate me that women are often given obvious male characteristics (like brute physical strength) to be a ‘leader’ or succeed. I wanted to create a female lead that was a little more grounded and relatable.

The dynamic between the characters in Satori is a comment on that. It’s ultimately a battle between generalized masculine and feminine leadership and a test to find out which will prevail when the entire world and our inherited social structures have been turned upside down.

I’ve witnessed many instances in my life of men reacting aggressively and making bad decisions in the moment. Instead, the female lead is given genuine strengths like intuition, emotional intelligence and compassion. And it’s those that enable both of the characters to survive to the end. 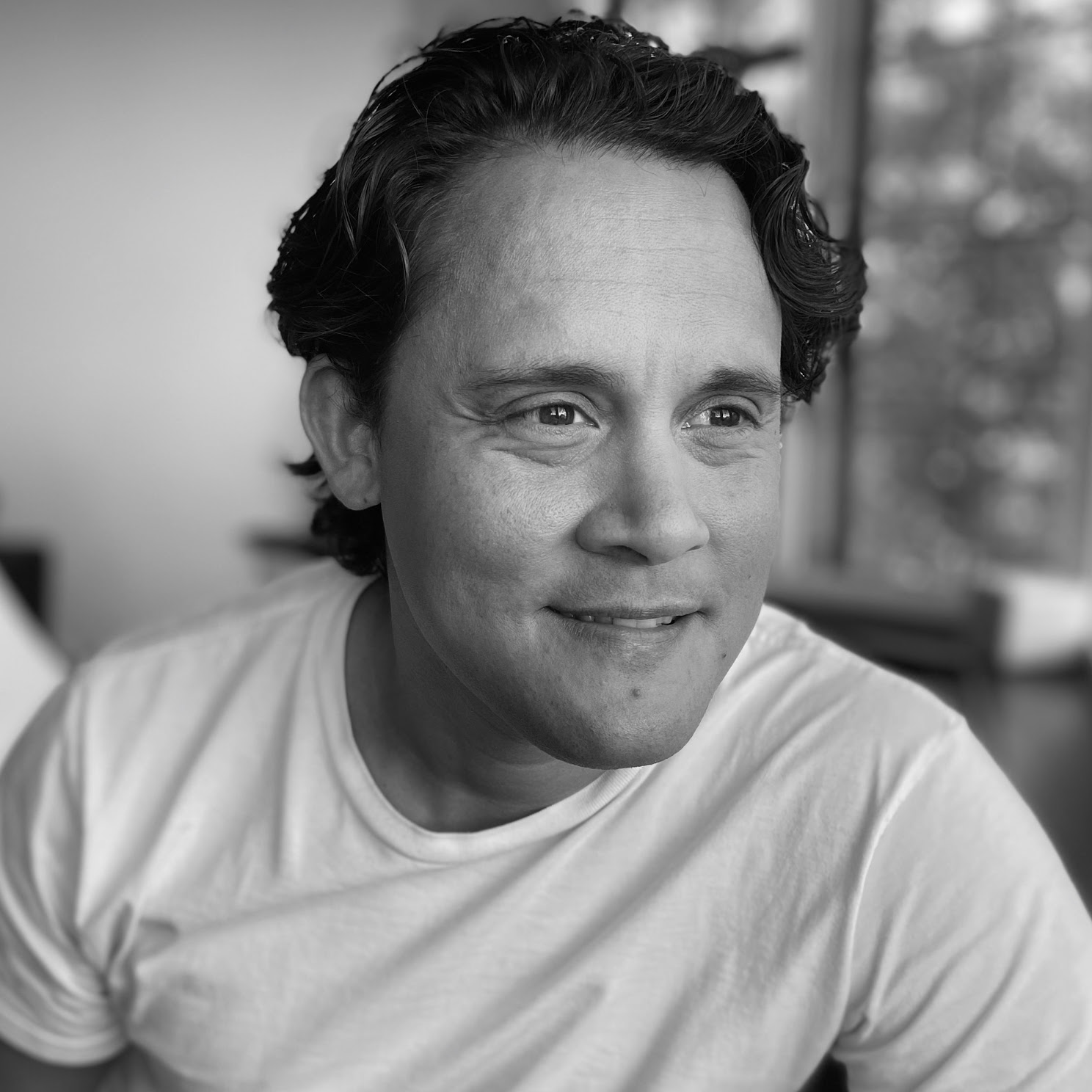 I’m currently developing a feature outline for Satori and adapting it into a TV series. I’ve got a mountain of notes for this film, and I really think that the story and its world have so much potential.

After that, I’ll be jumping into another proof of concept short and trying out another approach. One down—more to go!

Adam K Batchelor is a Director from London, UK. Adam previously collaborated with filmmaker Hasraf ‘HaZ’ Dulull as a cinematographer on his short films – I.R.I.S and SYNC and then on his first feature film ‘The Beyond’. Adam K Batchelor now transitions into the Director chair for his first proof of concept short film Satori [Awakening], which he is currently developing as a feature film and TV series.

Michele has been writing and editing professionally since 1997. In 2017, she launched full-time into her own copywriting and editing business, serving marketing firms, service businesses, nonprofits, book publishers and consulting firms, as well as indie authors. She serves as Editor of the science fiction website Recursor.tv and The Fantasy Network News. Michele is also co-founder of Writing Well Creative Writing Workshop and a partner in Three Point Author Services.
@chippermuse
Previous Surviving Tomorrow charity SFF anthology raised funds to fight COVID-19
Next New Lord of the Rings Prequel Slated for 2021