Stories that Need to Be Told: Eveshka Ghost, Creator of The Bastard Sword

Sometimes you just have to get a project out there. You must use the resources you have to create what you can; otherwise you will never know whether it could have been done to begin with. Polished or not, sometimes you just have to do the work, make the film. Our latest Content Creator Interview features Eveshka Ghost, a filmmaker who got her start as a musician who wanted to learn the filmmaking craft to better suit her music promotion. This turned into a love of film and storytelling, resulting in films such as THE BASTARD SWORD. 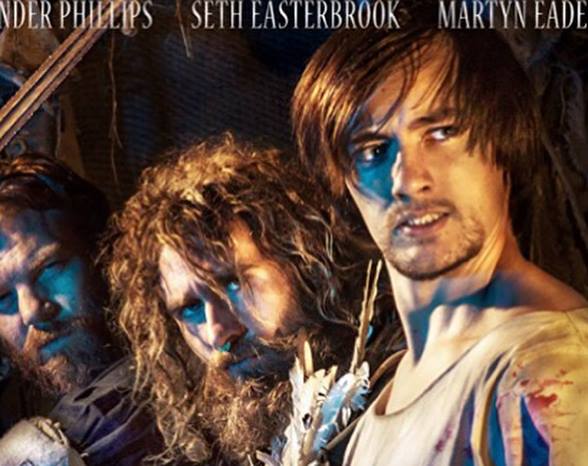 THE BASTARD SWORD takes place in the ancient, mystical forest of Soza, where a heroic fighter, a villainous thief and a mean hermit must reluctantly work together on an adventure to find a magical relic.

Eveshka and her team created this film on an out-of-pocket budget, doing pretty much everything themselves. Here’s what she has to say about the process.

I am a musician primarily, so filmmaking was a necessary thing to learn in order to do my music videos. For the same reason I learned self-portrait photography, so I could get my promo pics and artwork. Combining all these abilities together, I always wanted to make a feature film but was too intimidated. Also, back in the late 80s and early 90s, making a film would have been a matter of using an expensive VHS camera, and editing on two VCRs with really bad sync. No dubbing, no computers, and no fine-editing. All destructive and unbearable quality. It was just too far away to even fathom, and not worth it. Now, with digital technology and a tiny bit more wisdom, it’s within our grasp and we should totally grab it!

What inspired this idea/world you created?

THE BASTARD SWORD was inspired by the fact that my previous film, THE GRANARY, was set in a cold, dank granary and was the result of many failed films. I promised the crew and what was left of my cast that we’d do something manly, with (actor) Seth Easterbrook’s incredible beard, with swords, in the summer, outside in the woods. (Actor) Xander Phillips made a comment about a “grande warrior” around a birthday campfire and I laughed. I promised to put that in the film, and that’s how it got there, right in the middle.

The story itself was a matter of no budget, no actors, and virtually no props. I knew I had some swords and I knew I could probably squeeze out a few costumes, but there weren’t going to be any castles and armies. No dragons, no physical monsters. The story was modeled around what was doable. A psychological drama, perhaps, where everyone is fighting about a myth instead of knowingly experiencing it. What if the reputation could be the enemy? What if the lake spirits and creatures of the night were just an idea? We nearly called the whole thing off because we didn’t know how to build such a cabin. We tried finding caves and all sorts, but nobody would ever let us do it (not famous enough, no money). In the end, Seth Easterbrook (who plays Ulysses) built the cabin, and basically put the film back on the cards.

I knew if I could keep the characters in the woods for the entirety of the film, I might stand a chance of hiding the fact that the outside world isn’t fantasy. I think it worked, considering the odds. 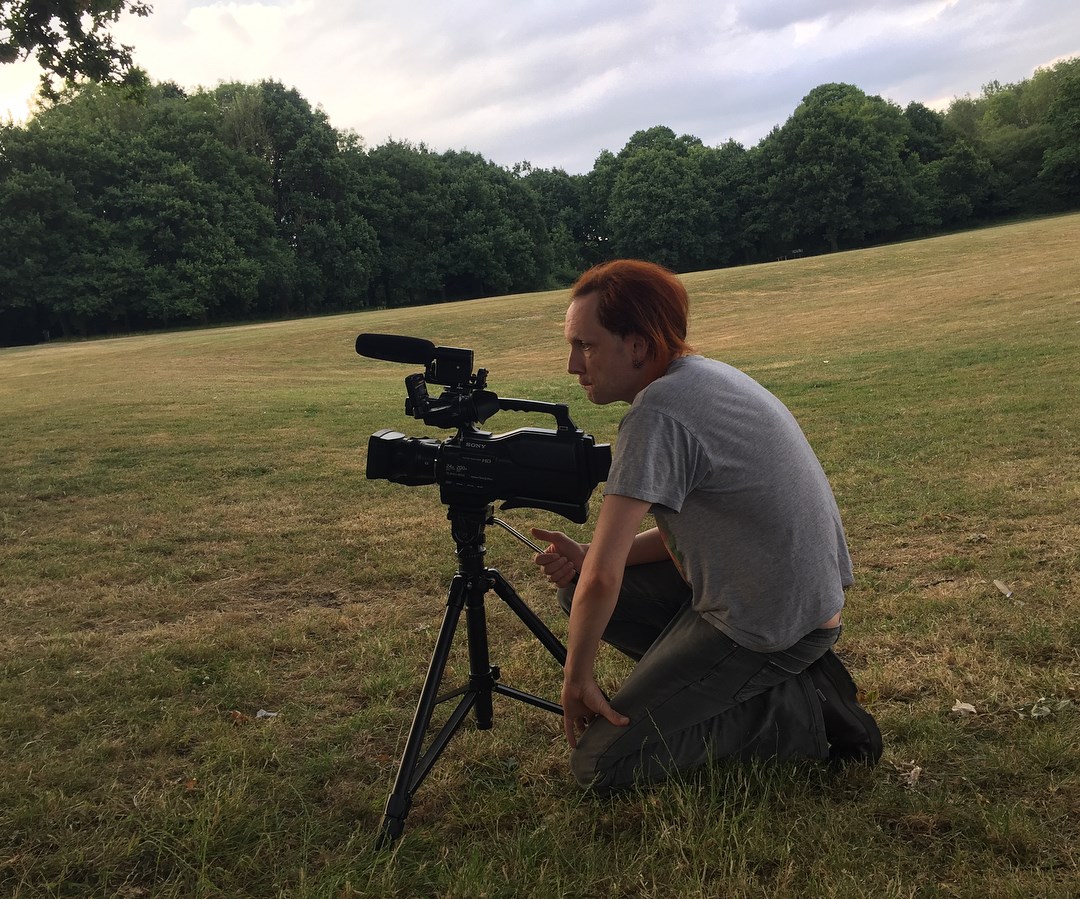 We didn’t raise any money for the creation of the film, only for the premiere release event. Money was fronted mainly from my pocket, some from Xander’s and even contributions from the other actors. Seth built the cabin himself at the farm where he worked, with the materials and old skulls from animals he found laying around the woods. The wool for the roof of the cabin was from the local sheep that he’d gotten himself. Everything was utilized from what we already had, so we only really had to spend money on some costume items. Most of the weapons were borrowed from reenactment friends, and the creatures of the night were never seen. The special effects of the lake spirits and the energy from the sword were hand-drawn by myself in photoshop, frame by frame as a composite. They weren’t a CGI overlay; it was all just by hand over the frame with the “dodge and burn” tool.

What do you wish that you had done differently?

There’s not much I would have done differently in THE BASTARD SWORD, because I believe a film is what it is, and it represents a time in your life of how you chose to do it. If I changed it, then it wouldn’t be loyal to the time it was made.

If I had to pick something, though, it would probably be a slightly shorter sword fight at the end with less close-ups. The reason we had so many close-up shots is that Xander was injured by the bastard sword itself previously, cut across his fingers. The swords were heavy and full-metal, no rubber props or anything. The only way to really fill in the shots safely whilst the fingers healed was to zoom right in and have the characters going crazy by themselves, sometimes without a sword even in their hands. This filled in the gaps. I still don’t know if I’d change it, though. It makes us laugh, after all! 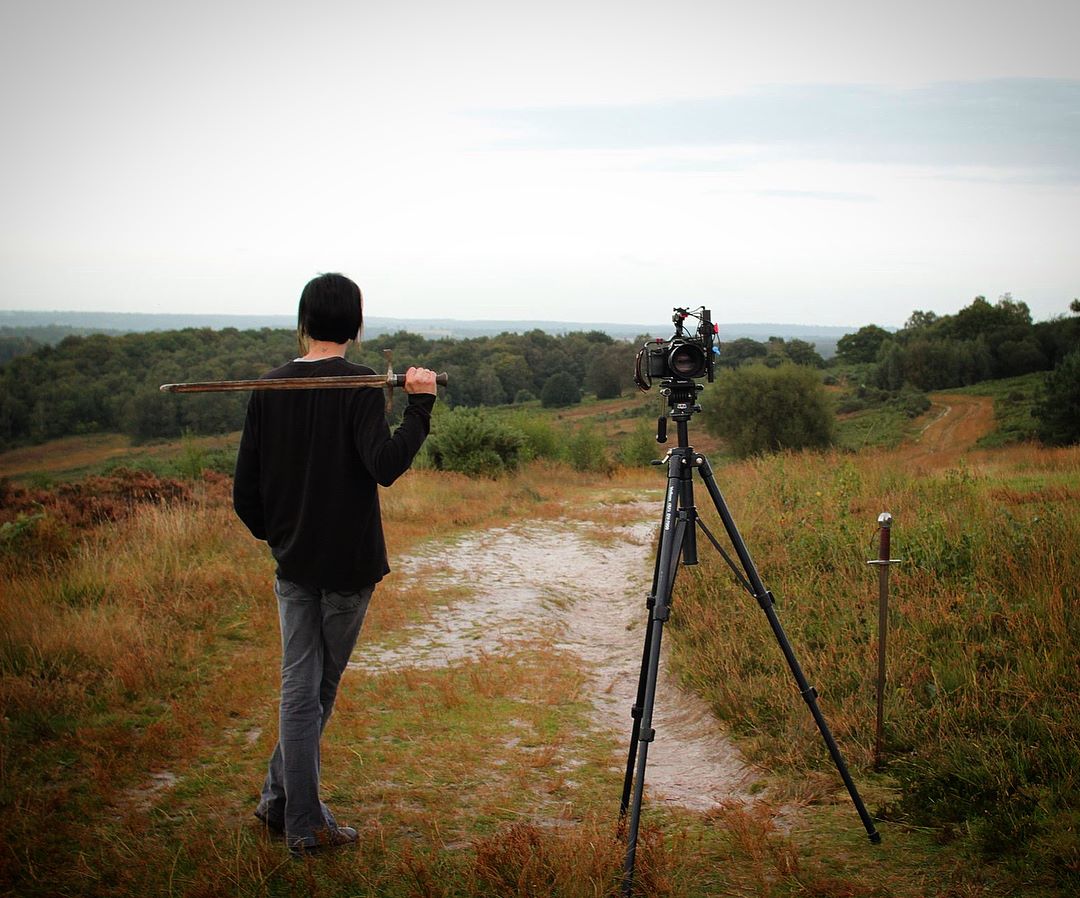 What was the most rewarding part about making this particular film?

The completion itself is always a huge reward, because it’s like going out fishing and catching that rare fish you’ve always wanted to catch. For THE BASTARD SWORD, winning some awards and being noticed for certain aspects, including the music, is a lovely feeling. Having my music recognised as being good by professionals is something that doesn’t happen often in my life, as many poor musicians will probably understand. I will say in particular, holding a big fat VHS of this film in my hand is a huge reward, as that has been a dream of mine since the 80s.

It’s not likely I would have listened to my own advice back then, but it probably would have been not to put too much effort into certain aspects, and to put more effort in others. Indie filmmaking is a bit like poker, knowing when to hold them and to fold them. If you put maximum effort into every single shot and every single aspect, and over-prepare for everything, then the chances are you will never finish the film with the tiny crew and limited time you have. It’s about finding the balance. It’s fascinating to learn which aspects are harder than anticipated, and which ones are frankly really easy. It’s an illusion, like a magic trick; nothing is ever what it seems behind the scenes. 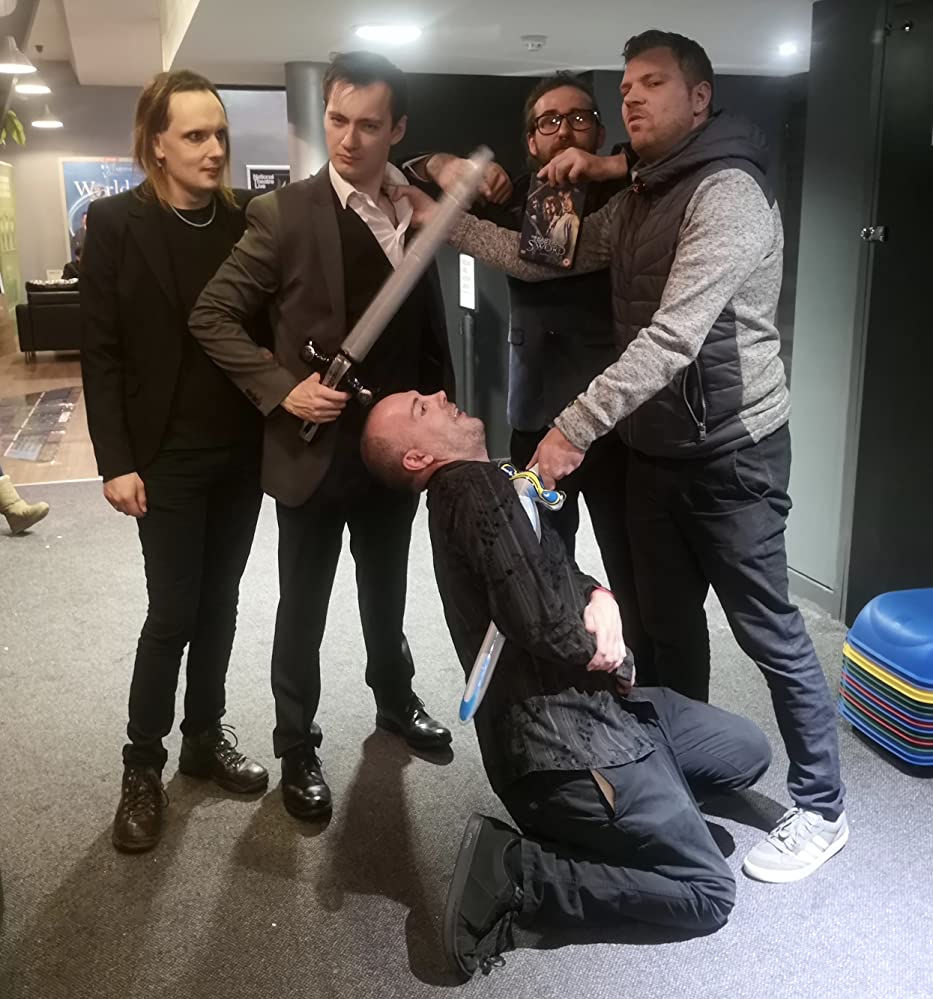 Don’t be afraid of the cheese factor, especially with classic sword-and-sorcery fantasy. A lot of modern films try to be “cool” by eliminating as much cheese as possible, out of a terror of not being taken seriously. For me personally, this shows, and it makes it look like they’re just trying to sell out. It all becomes so serious that it begins to become funny. The whole idea of fantasy is that it can be anything, so don’t be afraid to break the rules.

Also, don’t feel that you need to explain everything and how it all works. Leave it open. If you sit there explaining all the rules, the magic, the science and so on, then not only can you destroy the mystique of the story with bloat, but you’ll also seal the deal on your own door for any sequel or prequel opportunities, because you already wrote the rules. Let it be what it is, and only worry about the fluff later on if you need to. You’d be surprised how many ideas can come after making a film, when the opportunities are all left open.

James Cameron was my biggest inspiration in the 90s to actually pick up a camera and try it for myself. He knows how to do every job, so he’s never stuck waiting. I think it’s essential to have an understanding of how to do every job. It allows you to have empathy for all the people you may eventually work with or hire. A bit like how Clint Eastwood knows how to talk to actors, because he is an actor, so he has both perspectives.

Other big filmmakers like Speilberg, Lucas, yep, even a bit of Tarantino. Sounds like a cliché, but it’s true. They all have a bit of something that’s great to take in, even if I’m not really like them. I am inspired by them but I have moved on from wanting to be like them. Times are different and I’m a different person in a different situation. It’s important not to lose your own identity, I would say. People like Werner Herzog are a reminder when times get tough that these things are possible. I think in a way, I relate to him the most.

I wrote a website (Rusalka Pictures) with all our stuff on there. I’m on all the basic social media platforms, and we have a Facebook group for our film company where we invite people to get involved as equals. We don’t want to work above people; we want to be equal and work with them on the same level with similar goals. I am not the best promoter by a long shot, but it does seem in the last few years I’ve had a few more emails and messages from people than usual, so something seems to be working.

I will say that the support and interest from overseas is stronger than locally (I like in the UK) and that sharing to friends and family is — I’m afraid to say — very limiting. Your friends aren’t your fans. They might support you, and they might even like your films, but they aren’t your fans. They won’t walk with you on the journey; they might just help give a good kick up the butt if they’re a good friend, and they are very rare. 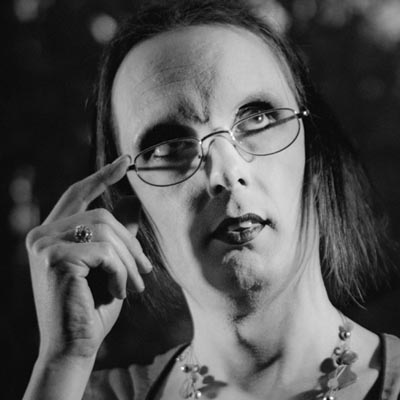 Eveshka Ghost is a filmmaker, writer, actor and an award-winning composer, based in West Sussex, UK. Ghost founded Rusalka Pictures, a video production company, with Xander Phillips, and has created two feature films so far — The Granary (2017) and The Bastard Sword (2018). Ghost won three awards for Best Original Score for The Bastard Sword (2018) from Global Film Festival Awards, Los Angeles Film Awards and Queen Palm International Film Festival. A self-taught classical pianist, Ghost has been playing for over 30 years and has produced more than 40 albums, ranging from classical piano to progressive rock and metal.

Justin Moe is the lead host of The Fantasy News Video Segments as part of TFN. He is a director, producer, and actor in the MD/DC/VA area, having worked in both film production and theatre for 14 years. A story-teller at heart, he has produced and directed several independent projects, as well as helped support others with his cinematography and video editing skills to get them over the goal line.
Previous Shades of Geekdom: A Chat with bLERDS Web Series Creator Hank Byrd
Next Magic and Secrets: Herman Wang, Creator of The Spell Tutor