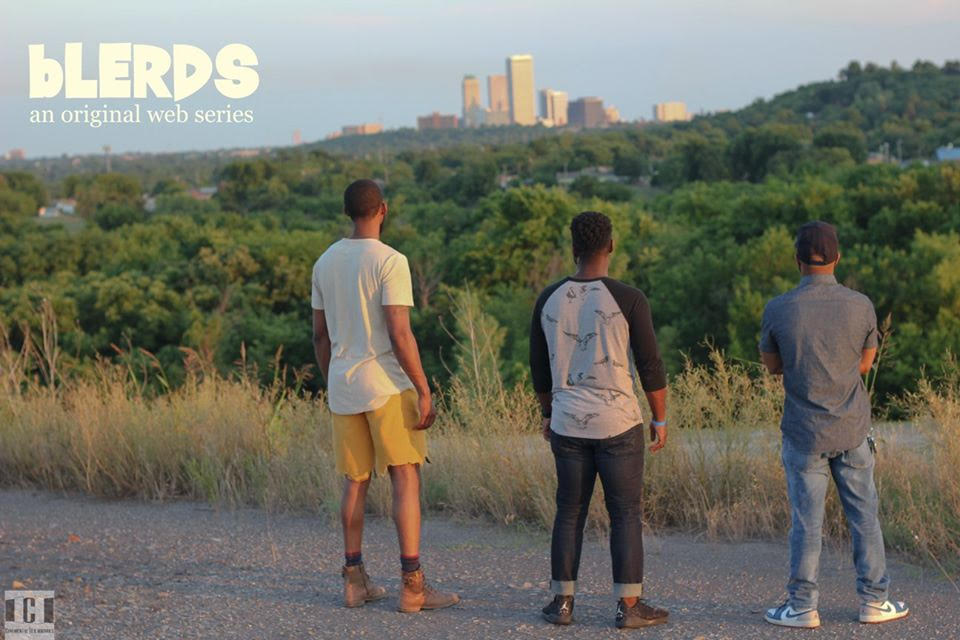 Filmmaker Hank Byrd always dreamed of creative endeavors. A third-grade math teacher by day, Byrd builds relationships in the arts and diverse communities throughout his home city of Tulsa, Oklahoma, where he seeks to uncover the stories behind critical issues affecting the quality of life among north Tulsa residents. He also spends time writing, directing and creating unique indie films and series, such as his popular web series bLERDS — about two friends who want to reconcile a comic book idea they had, but have to repair a broken relationship with a third friend to make it happen. Byrd’s horror short script ADJOINING, recently finaled at the 2020 Indie Short Fest in Los Angeles. Here, he shares his thoughts on indie filmmaking, writing, and his SFF/horror-based creations.

How did you get interested in writing scripts and making films/web series?

I always wanted to be a writer. I was interested in being a storyteller as far back as I can remember. I think I became serious about the mechanics of filmmaking after seeing Tim Burton’s BATMAN. I was fascinated how that film came together and obsessed over each role from set design to the score. I wanted to be a screenwriter.

Becoming an actual filmmaker happened out of necessity. Selling spec scripts is extremely hard, no matter how talented you are or people say you are. Instead of waiting around for my “big break” or doors to be opened, I opened my own doors and created my own projects.

What are some of your favorite SFF/horror inspirations?

I have always been a genre fan. From the old choose-your-adventure books, comic books, fantasy novels and fantasy films like DRAGONSLAYER, to classic sci-fi films like THE DAY THE EARTH STOOD STILL, of course, STAR WARS, STAR TREK, shows like THE OUTER LIMITS, TWILIGHT ZONE. So many influences!

You had a role in making the film KISS OF THE DRAGON. What did you do, and what waw that experience like?

While I was a journalism student at Kansas State University, there was an online ad for unpaid interns in LA. Not a ton of detail, but I applied anyway. A few weeks later, I got a call from India Osborne, VP of creative affairs at EuropaCorp, director Luc Besson’s company. They were looking for post-production interns on KISS OF THE DRAGON. I scraped up every dollar I had and flew out. I sat in on meetings, ran errands, handled daily office duties, went to press screenings, helped select international and domestic posters, catalogued incoming scripts. Lots of duties! It was an awesome experience! I learned so much about the film industry and met wonderful people I still consider friends.

Your web series, bLERDS, is about two men who lose their jobs and want to resurrect an old creative comic book idea, but have to enlist the help of a friend they had a falling-out with years earlier. What inspired you to make bLERDS?

bLERDS was inspired by my life and not seeing black nerds represented in film and TV. It’s 2020, and the most popular characterization of a black nerd is still Steve Urkel from FAMILY MATTERS. While that series, REVENGE OF THE NERDS and BIG BANG THEORY were entertaining, they are caricatures of what nerds are. We don’t all sit around pushing up our glasses, wearing pop culture T-shirts and playing video games all day. We date, have families, work out and still have an affinity for nerd culture.

Many nerds of color come from the hood. In the case of my show, they are from North Tulsa, Oklahoma, a setting many wouldn’t think of when they think of nerds. I want people to see my show, my depiction of black nerds and my city in a different light.

What inspired you to create a series about black nerds specifically?

The one thing about being a black nerd was that I didn’t see a lot of superheroes, TV shows and genre films with black people in lead roles. The biggest part of what I do as a writer and filmmaker is making sure there is representation. Films like BLACK PANTHER and the works of filmmakers like Jordan Peele are slowly kicking those doors open, so I’m optimistic about things to come.

What’s happening with the filming of bLERDS right now?

We are still in season one, and we are currently filming episode 3. Viewers can expect the guys to create their comic book, Subatomic Sam, get into adventures and deal with the trials of everyday life. Episodes 1 and 2 are available at blerdswebseries.com.

How did you tackle the challenges of making bLERDS on an indie budget? Of filming in Tulsa?

I have wanted to make bLERDS for years, but lacked the time—and frankly, I talked myself out of it several times. I got to a point after script doctoring, editing and fixing other people’s scripts that I wanted to work on projects that are important to me. With that, I outlined the first season, wrote the pilot and started reaching out to friends I’ve worked with over the years. Nobody said no, so that was a plus.

The next hurdle was money. Outside of paid script work, I do photography and videography in and around Tulsa. I funded the first episode out of my own pocket.

Filming in Tulsa has actually been a blessing. Tulsa, its people and local businesses are a character in the show, and Tulsa has been very supportive by allowing me to come into their spaces to film, donating money, resources and spreading the word.

How much did you read comics as a kid? What were your favorite stories? Do you feel like comics influenced you to write and film your own stories?

As far back as I can remember, I was an advanced reader. I recall my dad reading the Sunday paper, and I would wait patiently at his feet until he dropped the “funny papers” down to me. I enjoyed reading the comic strips. That evolved into me buying comic books. My mother was always big on literacy, so as long as I was reading, she was all for it.

I was a huge Marvel fan, starting with Black Panther, X-Men, Alpha Flight, Secret Wars, etc. As a teen, I got into DC comics with Batman, Jonah Hex, Sgt. Rock, Superman, Booster Gold and Green Lantern. Comics were a huge influence. They take you to worlds you couldn’t imagine and stimulate not only your imagination, but your creativity. 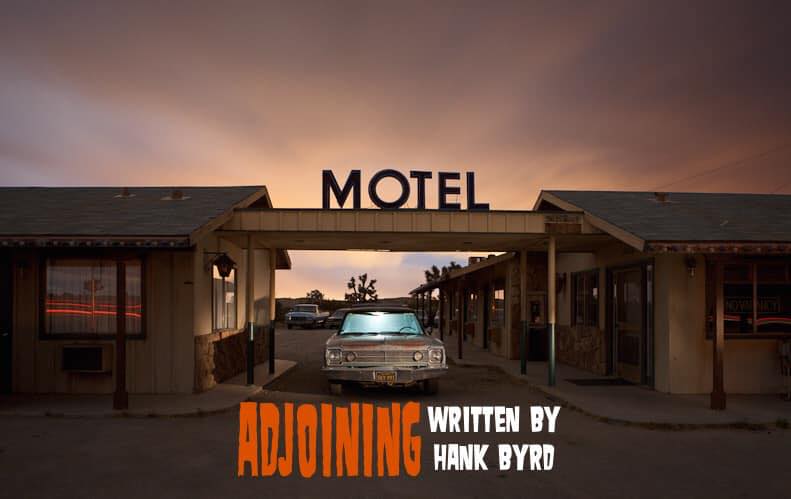 Your horror script, ADJOINING, is an official selection at the LA Indie Short Fest. Tell us what the script is about, and the inspiration behind it.

ADJOINING is about a disgraced priest turned author who has a chance at redemption by performing a dangerous exorcism in a run-down motel. The script started out as a segment of a larger anthology film that went unfilmed. I decided to dust it off, do a few rewrites on it and test it out on the festival circuit. The film was inspired by elements I enjoy in in horror films: an embattled protagonist, losing one’s religion, cults, creepy hotels.

What was it like to see your short script accepted as an official selection?

It was awesome! I’ve gotten a lot of good feedback on this script, so I was glad to see it recognized outside of my circle of creative friends.

What’s next for ADJOINING? Are there plans to film it?

I’m currently expanding the short into a feature script. I have a larger story I wanted to tell here.

Are there any other projects you have coming up?

Outside of writing, producing and directing bLERDS episodes, I’m writing a few projects: a female-led action horror called THE FAE; shopping my black, female werewolf pilot, WITHIN; writing a graphic novel called THE TOUCHED; and the historical drama called BLACKDOM, about the first black township in New Mexico. 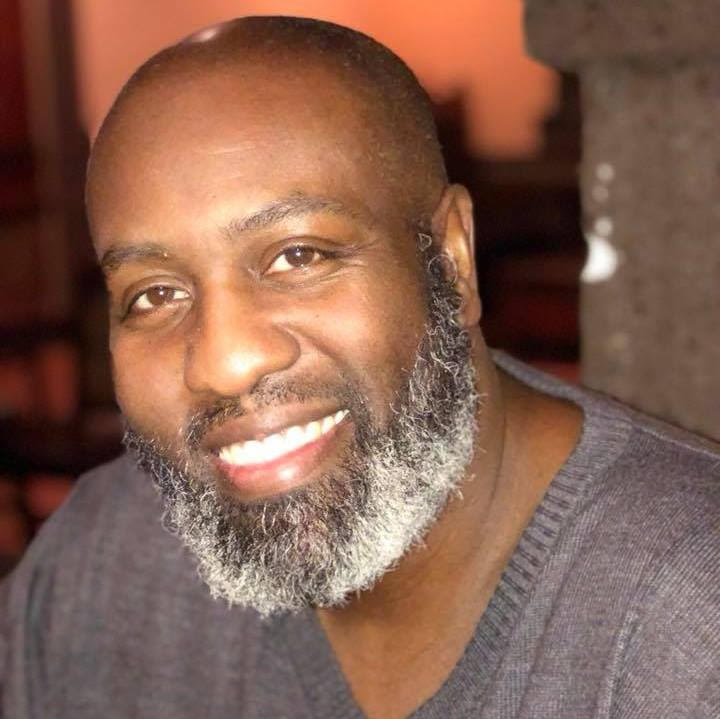 Hank Byrd has spent the last thirteen years working as an actor, screenwriter, producer and director. In each incarnation, his mission has been to create and share deeply personal and entertaining stories. His background as producer, director and writer gives him a unique understanding of how one’s story, and the performance of it, are a marriage of talents and collaboration.

As a writer, Hank has been a part of the writers room fort he upcoming series, BLACKDOM, about the first all-black township built in New Mexico. He’s also written for the horror anthology film TENTH MOON, the indie action heist film, VETTE8/25/20, and the popular web series, bLERDS, where he also serves as the show’s creator, director head writer and executive producer. As a producer, Hank has lent his talents to productions such as the documentary, IN THE THICK: CONVERSATIONS FROM THE PLUS SIDE OF LIFE; the anti-domestic violence short, NO MORE RUNNING; and the award-winning short film, AS WE LAY.

To connect with Hank or learn more about his creations, you can visit:

Michele has been writing and editing professionally since 1997. In 2017, she launched full-time into her own copywriting and editing business, serving marketing firms, service businesses, nonprofits, book publishers and consulting firms, as well as indie authors. She serves as Editor of the science fiction website Recursor.tv and The Fantasy Network News. Michele is also co-founder of Writing Well Creative Writing Workshop and a partner in Three Point Author Services.
@chippermuse
Previous Behind the Scenes with Shiny New Things Creator, Lakeisha Jackson
Next Stories that Need to Be Told: Eveshka Ghost, Creator of The Bastard Sword