When Batman showed up as a mini-figure in “The Lego Movie” three years ago, he was easily “the most talented, most interesting, and most extraordinary person” in the movie. Now he returns to the Lego universe in “The Lego Batman Movie” and delivers a performance so metal that even Ozzy Osbourne will would have second thoughts about biting him. “The Lego Batman Movie” celebrates the character’s cultural legacy and packs a utility belt full of references and Easter eggs that will put smiles on the faces of DC Comics veterans.

The Lego Batman Gotham Needs and the Film Industry Deserves

The movie opens with another scheme by the Joker, which he insists is his “greatest plan yet,” better than “the time with the parade and the Prince music” (in reference to Tim Burton’s 1989 “Batman”). Batman saves the day again, but this victory is a turning point. The Joker boasts that he’s Batman’s “greatest enemy,” but Batman doesn’t share this opinion. “Are you seriously saying there is nothing special about our relationship?” the Joker asks. “Batman doesn’t do ’ships,” Batman says. “As in relationships. There is no us. Batman and Joker are not a thing. I don’t need you, I don’t need anyone. You mean nothing to me. No one does.”

Batman celebrates his victory over the Joker in solitude, eating microwaved lobster and watching rom-coms. The Joker, crushed that his competition with Batman means nothing to his rival, plots revenge. Meanwhile, Commissioner Gordon retires from his law enforcement career and passes on the torch to his daughter, Barbara. At a gala celebrating her father’s achievements, Barbara outlines a visionary plan for a new era of crime-fighting in Gotham—an era in which Batman must give up solo vigilante work and team up with Gotham’s finest. Batman (now appearing as his public persona of Bruce Wayne at Alfred’s insistence) is instantly mesmerized by the new young commissioner and is mentally transported into a hit love song. Thus distracted, he agrees to adopt an orphan named Dick Grayson without realizing what he’s saying.

This could have been any other story about the human need for family and relationships, but “The Lego Batman Movie” gives the theme a twist that befits the Batman mythos. Batman himself behaves like a self-absorbed narcissist who can act with as much disregard for the law as the villains he fights. A closer look at his personal life reveals a struggle beneath the spandex—he still misses his parents.

After his opening victory against the Joker, he stops by a family photo hanging on the wall (taken ominously in front of the Monarch theater where they died). “Hey mom, hey dad,” he says, “I um, I saved the city again today. I think you would have been really proud.” Following the trauma of losing his parents, Batman refuses to let anyone other than Alfred into his life, and sees even him as little more than a meddling servant. As Alfred tells him, his greatest enemy is himself because he’s afraid of losing a family again. Since Bruce Wayne has inadvertently taken on a surrogate son, Alfred not-so-gently prods him to step up to the role of father.

“The Lego Batman Movie” beautifully illustrates that the family doesn’t have to be limited by blood, that family can also include dedicated friends who believe in you and support your dreams—and care about you enough to tell you the hard truth when you need to hear it. Barbara Gordon and Alfred believe in Batman’s crusade of ridding Gotham City of crime, and they work to help him accomplish this mission. They also have the vision to understand that Batman’s own worst enemy is not the Joker or any other members of Gotham’s Rogue’s Gallery. It is himself. They set boundaries and impose consequences to help him conquer his biggest challenge.

The film also offers an astute commentary on the current state of superhero movies. In recent comic book movies in both the DC and Marvel franchises, characters that should be positive role models revel in vice as filmmakers push boundaries to see how edgy they can make the heroes until they don’t look much like heroes at all. But audiences are made to believe that’s OK if the world gets saved in the end. In “The Lego Batman Movie,” Batman is not the only superhero that’s full of himself. The rest of the Justice League is too self-absorbed in their own private party to notice Gotham burning. Batman’s narcissistic and manipulative behavior is shown to him to be no different from the villains he fights, but unlike other modern superheroes, he makes a sincere effort to change into the hero he was meant to be.

Batman stories have a long track record in a variety of media for immersing fans in moody, atmospheric settings, and “The Lego Batman Movie” is no exception. Right off the bat, viewers are pulled into a visually rich experience. Vibrant colors pulsate from the shadows to evoke a pulpy comic book feel and echo the art design of other Batman adventures such as “Batman Forever,” the Arkham video game series, and the recent “Suicide Squad” movie. Familiar DC comics characters translate well as Lego mini-figures, and geeks will delight in seeing cameos of iconic characters from other fandoms ranging from Dracula to Sauron.

The cast of the movie delivered rock-solid performances that fit the roles they were given. Michael Cera bounces off the walls with Dick Grayson’s youthful optimism, while Rosario Dawson gives Barbara Gordon a believable balance between the caring visionary and tough law enforcement officer. It is Will Arnett’s performance as Batman that drives the movie. Just like in “The Lego Movie,” he balances the intensity fans expect from the character while delivering laugh-out-loud quips without missing a beat. There a lot of smaller roles played by well-known celebrities, but one significant to Batman history is a brief cameo appearance by Billy Dee Williams as Two-Face. Fans may remember that Williams played District Attorney Harvey Dent in Tim Burton’s 1989 “Batman.” Williams wanted to play Two-Face—the villainous identity Dent later put on—but that role was given to Tommy Lee Jones in 1995. Now in 2017, “The Lego Batman Movie” grants him that wish.

Warning: Small Parts May Be Hazardous to Children

There are some mislaid bricks in the foundation of this Lego construction, however. The moral clarity that runs through most of the film stumbles into the mire of relativism as it reaches the climax. Without spoiling anything, evil is graded on a scale of bad to excusable. At one point, heroism and villainy are trivialized as a semi-friendly rivalry like two competing sports teams, but in a strange symbiotic relationship where the one completes the other. This is especially troubling in a family movie targeting impressionable children. Are young viewers supposed to think that aspiring to become a villain is OK because that role somehow compliments the hero? Other items that parents and discerning viewers should consider are extensive instances of bathroom humor, a pun referencing anatomy, and one British curse word.

The Sum of its Parts

“The Lego Batman Movie” is a fun experience for Bat-fans and an enormous amount of hidden references to find in subsequent viewings. There’s so much crammed into “The Lego Batman Movie” that the movie begs re-watching to take it all in. The story even provides smart commentary on the current state of comic book movies that filmmakers at both Marvel and DC should take seriously. It’s unfortunate that “The Lego Batman Movie” couldn’t stay consistent in the climax. While the overall message is positive, parents should consider the movie’s flaws before deciding whether to bring the younglings. 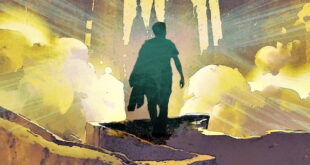 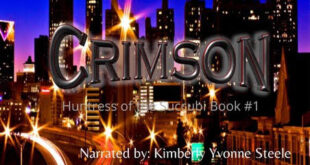 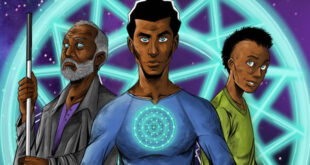 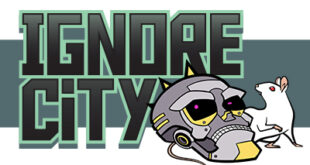 Ready for a post-apocalyptic, musical audio drama with touches of Futurama and Terminator? Then you’ll ...