From our friends at The Forge Studios comes The Rangers Combat Card Game. Check it out!

The Rangers Combat Card Game is similar to the age old game of WAR, but with a strategic twist. It is a game of the epic struggle between the Forces of Light and the Forces of Darkness set in the land of Adrasil. Each faction is represented in its own 27 card deck:

The Rangers, a special force of elite warriors who operate on the fringe of the kingdom of Olaran, are the first line of defense against the Forces of Darkness.

The Orcs, a fierce a warlike tribal race, are the vanguard of the Shadow Prince’s dark forces. They clash against The Rangers and their Wood Elf allies, The Forces of Light, as they invade the Borderlands.

From The Forge Studios team:

Storytelling is at the heart of the mission at The Forge Studios. The Rangers card game brings fans into the story. Each game is different and the cards create a narrative that is unique for every battle.  It’s part of our transmedia approach, engaging fans on multiple platforms and through different forms of media to invite people into to the worlds we create. 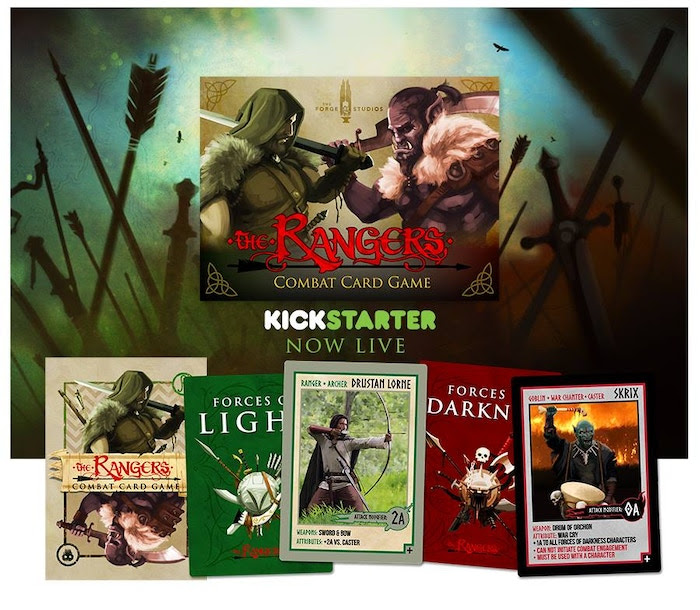