Star Wars Rebels may only be halfway through its first season, but I’ve already got a list of things I want to see happen in this timeline.

After Ahsoka’s fate was left up in the air at the end of The Clone Wars, I like many fans am not at all convinced that she just sat out the rest of the war. I’m fully of the opinion that she kept fighting against Dooku’s armies on her own, siding with any allies she made during her time as a Jedi. There’s already speculation online that Ahsoka actually being Fulcrum is a thing, especially considering how Fulcrum’s vocal patterns, despite the distortion, so closely match Ahsoka’s. If this turns out to be a red herring, I won’t know what to think or who to trust anymore.

2. How the crew of the Ghost came together Let’s be real: this is a pretty big thing to just skip over. We already know how Kanan met Hera (A New Dawn) and how Ezra came to join the space family crew, but we still don’t know much of anything about Chopper, Sabine, or Zeb.

Sabine stated in “Out of Darkness” that she was once a student at the Imperial Academy on Mandalore, but something made her change her mind about following the regime. What caused that disillusionment? How did she meet Kanan and Hera in the first place? After being taken over by Maul, then by Sidious in TCW, Mandalore wouldn’t have been an ideal place for political dissidents like them to stay very long if they could help it.

And what about Zeb? We know that his species was run off their own planet by the Empire, but what happened between his forced evacuation from Lasan and moving onto the Ghost? And Chopper. Going by their code names, Chopper was the first addition to the ship (after Kanan) since he didn’t appear at all in A New Dawn. He may be a grumpy robotic housecat, but he’s already got a pretty solid bond with Hera and Kanan. Did they rescue him from a scrapyard? Did they buy him? Did they build him themselves? What’s the story here???

3. More about the Inquisitor and his place within the Imperial/Sith hierarchy The Inquisitor is definitely a fascinating character if only because we know next to nothing about him. He’s Force-sensitive but not a Sith, he gets enjoyment out of killing Jedi, and he calls Vader his Master. So what does that mean about him? What exactly is his place within the Imperial, or even the Sith ranks? Is he like Starkiller was to Vader in the EU, a secret apprentice being trained to help overthrow Sidious from power? Does the Inquisitor answer only to Vader, or is Sidious his true Master? Does he even answer to Sidious at all beyond what’s expected? Is he just an opportunist who has found some kind of stable place within the Empire to do what he likes best: killing Jedi?

And here’s something else to think about: is he a solo act, or is there more than one Inquisitor? Is he one special snowflake, or is there a separate hierarchy of this new breed of “Force hounds” (seen in the Dawn of the Jedi comics)? If the latter, then what is his place within those ranks?

As of now, we simply do not know anything. But I sure would like to have a few more morsels of info about this guy.

4. More space family antics and details about the bond between Kanan and Hera

At its core, Star Wars has always been a light-hearted tale about the power of goodness and light over evil. Sure, it can be adapted and interpreted and twisted into something so dark it would rival the works of Stephen King or George Romero. But it began with a fun attitude (despite the seriousness of the political backdrop of A New Hope), and Rebels continues that feeling. The entire show could take place entirely on the Ghost and there would be enough material for at least three seasons. The relationships and bonds between the six main characters are beautiful and worth exploring in more depth. The episode “Fighter Flight” encapsulates my desire for more antics by showing that despite the seriousness of the crew’s mission against the Empire they can still have fun. Hera sending Zeb and Ezra on a “wild meloorun” chase so they’d stop fighting (and banging up her ship) and learn to work together is just the kind of goofiness needed to keep the show from being so stiff.

And speaking of which, Kanan and Hera, okay. We all know something’s going on between them, we’re just not one-hundred percent sure what exactly. Attraction is definitely there (especially since Kanan pretty much fell in love with her the second he heard her voice in A New Dawn), but has it ever been reciprocated? There’s a level of comfort and trust between them that’s worth looking into for sure. Fans can speculate and create their own theories and works that explores their peculiar relationship, but hearing something solid from the people actually making the show would be nice. Hint hint. 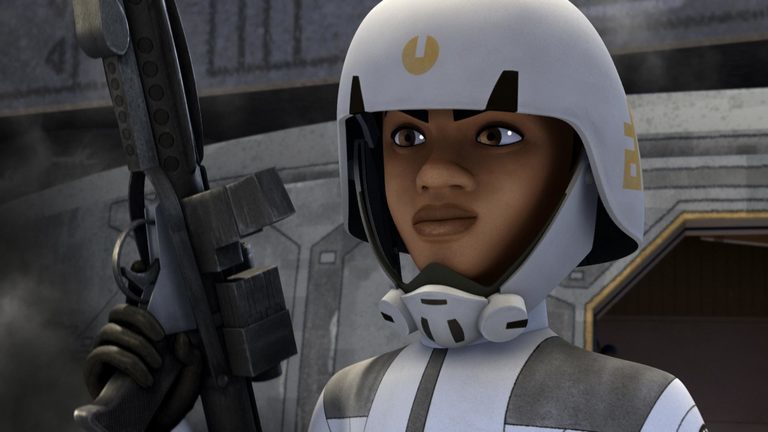 I don’t know about anyone, but supporting and background characters end being the ones I love the most. Even though he was only in one episode (so far), Zare struck a chord with me. He’s very much a mirror of both Ezra and Sabine, but instead of escaping the injustice and torment of being surrounded by Imperialists, he decides to stay at the Imperial Academy and work from the inside. One can argue that he’s only doing it to find his sister, but given what we’ve seen of his character in that one episode that doesn’t quite fit. He very much doesn’t like the Empire any more than Ezra and was more than happy to join him in “getting back at the Empire” in the Academy.

I just really need to see more of him, okay?

6. More of Kanan’s childhood with the Jedi, especially his tutelage under Depa Billaba 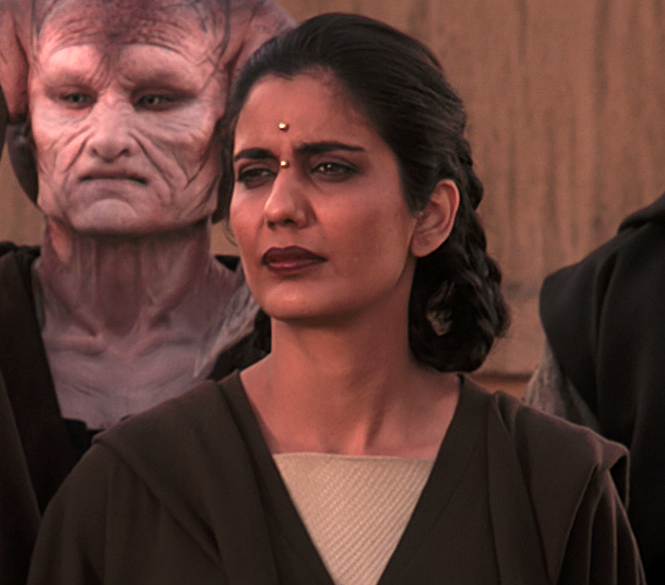 Supposedly, we’ll be getting some of this with the Kanan: The Last Padawan comic book coming out this April, but until then I’d like to get a little more of this in the show itself. The children that lived and trained the Jedi Temple are never the focus of any of the canon stories (some got the spotlight in a few EU novels) because hey, we wanna see what’s going on with Anakin and Obi-Wan and the big-name players. So why not have a little light shed on the early years of a Padawan? What was the atmosphere like for those who didn’t participate in battle planning or intergalactic peacekeeping yet?

As for Depa Billaba, all that’s really known about her is that she was one of Mace Windu’s students, and that in the EU she went insane while on Haruun Kal. But what was she like as a teacher, as a Jedi, as a person? Was she someone who tried to mold Kanan into “an ideal Jedi”, or did she allow him to retain his own personality while training him? Was she motherly or not? Was she more like Mace, or a bit on the softer side? Seeing her through Kanan’s eyes would add another level of depth to his backstory and character.

“Out of Darkness” was a great episode for more than one reason, but the biggest draw for me was the fact that it gave the ladies of the Ghost their own spotlight for a while. They don’t just sit and wait to be rescued (or eaten); instead they take initiative and keep themselves alive with just their wits and blasters until the rest of the space family shows up. This on top of a) neither of them being able to use the Force, and b) new tension between Hera and Sabine when the latter expresses her annoyance at being left out of a good portion of their missions intel-wise. They both focus on keeping each other alive and do so splendidly (with lot of explosions, of course). Let’s see more of just the ladies in action in the future, please.

8. An encounter with Vader

Do I even need to elaborate on this one?