MILD SPOILERS FOR STAR WARS: A NEW DAWN BELOW!

If you’re like me and wondering just how Kanan Jarrus, one of the lead characters in Star Wars Rebels, went from Jedi Padawan to disinterested laborer to freedom fighter, then you might want to head to your local comic shop in April 2015. 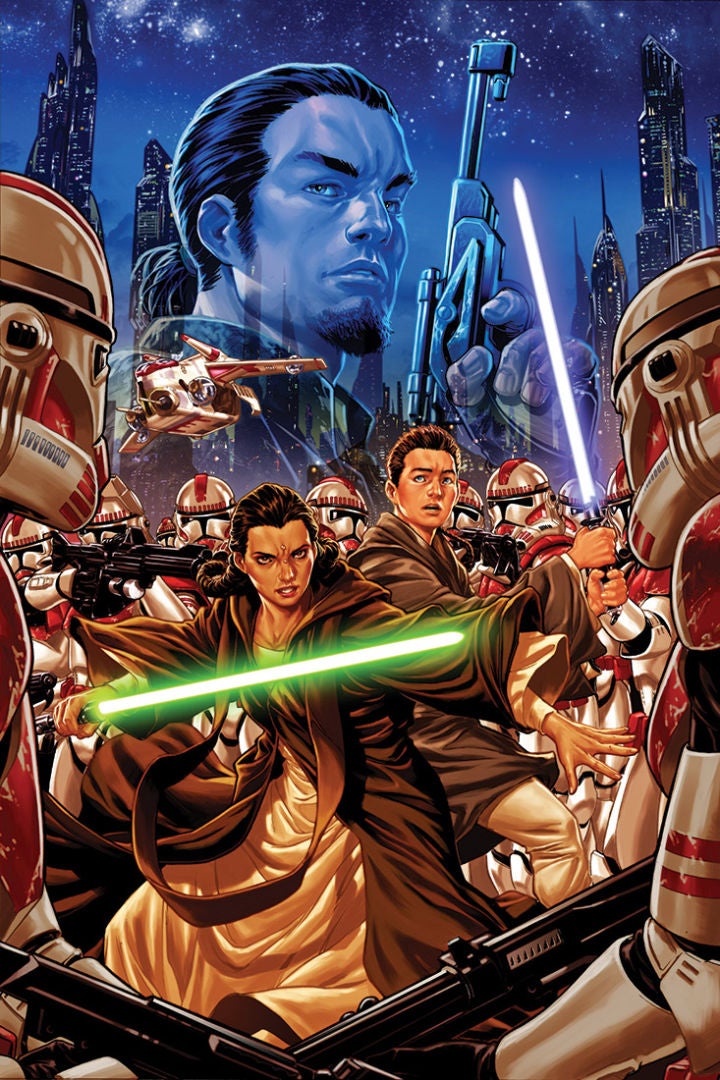 Marvel announced at New York Comic-Con that a new ongoing series featuring Kanan will focus on his time during the end of the Clone Wars, his survival of Order 66, and, probably most impactfully, his relationship with Jedi Master Depa Billaba (whose fate was originally left up in the air in the novel Shatterpoint). John Jackson Miller’s Star Wars: A New Dawn featured an appearance by Billaba in the prologue, and although it was implied that she never officially took Kanan as her apprentice, she definitely kept an eye out for him.

Also worthy of note is this little tidbit:

Rebels executive producer/writer Greg Weisman will script the first story arc of the comic, with Pepe Larraz illustrating. As for who will take over the series after the first arc, Marvel has yet to reveal anything.

Hopefully, Star Wars: Kanan will go on long enough to cover the period between A New Dawn and the beginning of Rebels to further expound upon Kanan’s (and by extension Hera’s) development into the person we see on the small screen.