Ever since the rather terrible Return to Labyrinth graphic novel, fans of Jim Henson’s classic Labyrinth and The Dark Crystal have been yearning for a trip back into the wondrous world of puppetry and family-friendly fantasy. Well, fans need wait no longer! Toby Froud, baby Toby in the original Labyrinth and son of acclaimed artists Wendy and Brian Froud, has debuted a new short film that brings that world back to life. Lessons Learned premiered last month in Portland, OR, and Portland Monthly Mag had this to say about the event:

The screening itself was an event: folks dressed in faerie horns flying kites on the sidewalk, people of all ages flooding the lobby, tickets so oversold that the Hollywood opened the upstairs theater for a second simultaneous screening, and at the center of it, Toby with both his parents holding court in front of the film’s spectacular cast of puppets. In other words, just as Toby has embraced the Froudian legacy of his parents, so too have the people embraced him as the goblin heir, with the hope that the wondrous world the Frouds created might once again grace theaters and imaginations. Call it 80’s nostalgia or a backlash to soulless CGI, but hand-made, hand-operated puppets still possess the magic to enchant like nothing else.

The site also had this to say about the film itself:

Toby’s puppets pick up right where his parents’ creations left off (which is not surprising, given his father helped with their design and fabrication). They are fantasy made foam-flesh: pointed ears twitch, elfin eyes blink, our spider lady sports stacked spectacles for her eight eyes. The production values, too, are exceptional. No doubt thanks to the many LAIKA professionals who lent their skills, the camera work, editing, and sound design coalesce to create a world that feels just as mystical and captivating as The Dark Crystal and Labyrinth. More than anything, it felt like an exciting beginning. The short is more of a teaser for a bigger story than a narrative complete in itself, but it’s a story and a world for which audiences seem ravenous. We can only hope that Lessons Learned signals a new Froudian/Henson collaboration, where new tales will immerse us, and a new generation of fans, in the fantastical world of Froud.

Lessons Learned was made possible by crowdfunding through Kickstarter, the site that has helped fund numerous artistic endeavours such as independent films. The campaign raised over twice the goal last year, and now donors and fans alike can see the result of their contributions and their faith in the project. Who knows? If the response at future film festivals is overwhelming, the short film may get tapped to be adapted into a feature-length movie. What do you guys think? 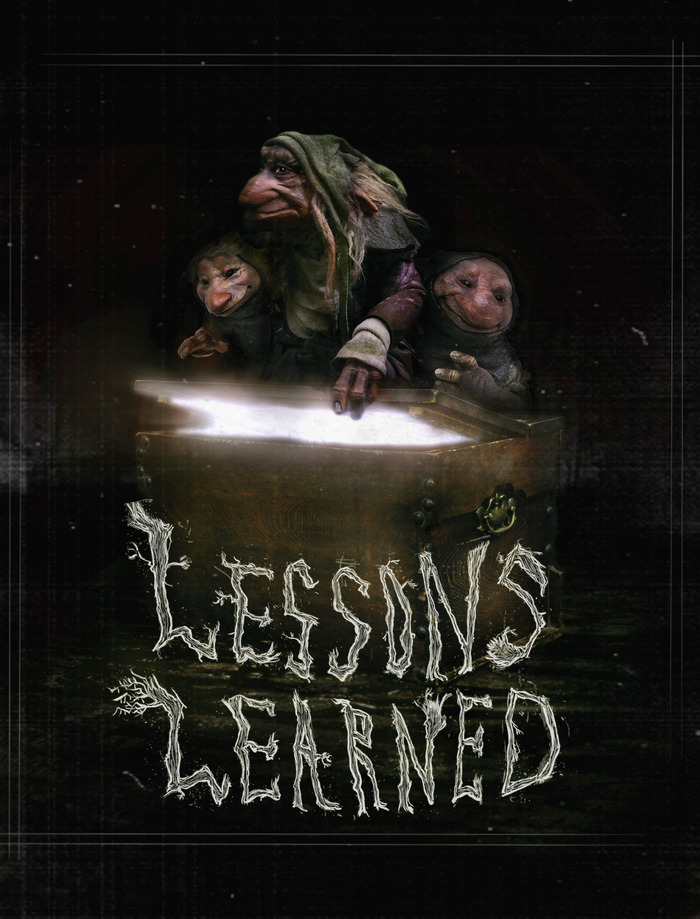 About Reporter Michelle Lawhorn: Michelle, a.k.a. Stormraven, is what can only be described as an eclectic nerd. Her interests and expertise range from Doctor Who to Lord of the Rings, cosplay to comics, and Bollywood to opera to name just a few. When not raving about her “fandoms”, she can be found working on projects as an Associate Editor at Haven Publishing and adding to her ever-growing list of Things to Cosplay. She can currently be found searching for more material to feed her newfound obsession with Star Wars.