Behind the Scenes with Shiny New Things Creator, Lakeisha Jackson

Love sci-fi and fantasy films and web series, and want to know more of the behind-the-scenes stuff from your favorite indie projects? We have good news for you…

TFN has begun its exciting new Content Creators Interview Project,  reaching out to the various filmmakers on The Fantasy Network in order to hear more about their personal filmmaking journeys. This is your opportunity to hear from the filmmakers themselves about your favorite shows on TFN. Each filmmaker has their own unique story worth sharing.

As an audience member, you see the final product on the website—a film or web series you enjoy—but you don’t always know what goes into the process of making it, or maybe what inspired the idea to begin with. To share that process and give you an insider’s look a the behind-the-scenes aspects of creating great stories, TFN decided to reach out to its content creators and provide another way for them to connect with you, their fans. TFN is all about building a community, and that means community between creators and consumers alike. Take a look at our first interview below! 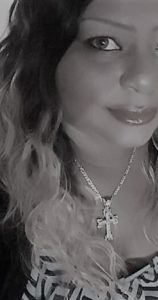 Lakeisha Jackson is the creator of the web series Shiny New Things, which you can watch for free on TFN. SNT is about a future society that is controlled by The Faction, who puts strict rules in place to control the general population. Chase and Anna, who are feeling the pressure of The Faction, must decide whether to comply or fight.

We asked Lakeisha about her journey of creating this concept and putting on the screen for us to see. This is what she had to say:

Justin Moe is the lead host of The Fantasy News Video Segments as part of TFN. He is a director, producer, and actor in the MD/DC/VA area, having worked in both film production and theatre for 14 years. A story-teller at heart, he has produced and directed several independent projects, as well as helped support others with his cinematography and video editing skills to get them over the goal line.
Previous Indie Film Scene: Insights from TFN’s Ron Newcomb
Next Shades of Geekdom: A Chat with bLERDS Web Series Creator Hank Byrd